LAWRENCE — For decades, courts have held that a U.S. Bankruptcy Code provision permitting “rejection” of some contracts does not prevent enforcement of arbitration agreements against the bankruptcy estate. And even though a 2019 Supreme Court decision indirectly supports that same approach, a more recent lower court held to the contrary, leaving this intersection of bankruptcy and arbitration law unsettled. A University of Kansas expert in both bankruptcy and arbitration law has written an article and spoken at judicial and academic conferences urging courts to follow the many precedents enforcing arbitration agreements notwithstanding “rejection” in bankruptcy, instead of the more recent contrary decision. 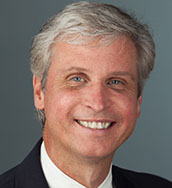 Stephen Ware, the Frank Edwards Tyler Distinguished Professor of Law at KU, has written a detailed analysis of the interplay between the Federal Arbitration Act and Bankruptcy Code section 365, which concludes that enforcement of arbitration agreements should continue notwithstanding rejection under 365. The article is forthcoming in the American Bankruptcy Law Journal, which is edited by bankruptcy judges.

While most courts have long held, as one recently put it, that “the bankruptcy code does not render arbitration clauses in rejected executory contracts inoperative,” in 2021 a bankruptcy court held to the contrary and thus refused to enforce an arbitration agreement. Ware explains that this sort of division among courts can occur not because a judge rebels against a statute or prior courts’ rulings, but because the judge was not aware of how those prior courts ruled and the lawyers in the case did not make the judge aware.

Ware said he hopes his article would make it easier for lawyers to present those earlier cases’ reasoning to judges in future cases involving the interplay between the Federal Arbitration Act and Bankruptcy Code 365.

“Law professors can write purely academic articles for other scholars, but I especially like to write articles that are also useful to practicing lawyers and judges,” Ware said. His earlier scholarship has been cited by at least 33 cases, including one by the Supreme Court.

The importance of reconciling the Bankruptcy Code with the Arbitration Act was recognized by the National Conference of Bankruptcy Judges, which devoted its annual symposium this year to the interplay between these two federal statutes. Ware was one of just four experts the NCBJ brought to its annual conference to discuss the topic before a large audience of bankruptcy judges from across the nation.

“Judges are busy, so the opportunity to address so many of them and to respond to their questions in real time was really special,” Ware said.

In preparation for that annual conference of bankruptcy judges, Ware also presented a draft of his research to an audience of law professors at this year’s Central States Law Schools Association conference.

While the interplay between the Federal Arbitration Act and Bankruptcy Code 365 seems like a specialized technical issue of law, Ware explains that it boils down to something every first-year law student learns: Money damages are the usual remedy for breach of contract, but in some exceptional cases, courts order the breaching party to do what it promised to do, so-called “specific performance.” And Ware explains that the Federal Arbitration Act puts the promise to arbitrate in that exceptional category, so bankruptcy courts ordering parties to arbitration is consistent with how other cases under Bankruptcy Code 365 order specific performance against the bankruptcy estate when non-bankruptcy law insists that money damages cannot be calculated, so the only workable remedy for breach is specific performance.

“Arbitration agreements are separable executory contracts specifically enforceable, despite rejection under (Federal Bankruptcy Code) 365…,” Ware wrote. “Bankruptcy law harmonizes with the FAA by treating the right to compel arbitration as it treats other rights non-bankruptcy law protects only with equitable remedies,” such as specific performance. “A long line of cases recognizes and applies this.”