LAWRENCE — Through the study of languages like French and Arabic and experiences studying abroad in Morocco, France and Taiwan, Lilah Wilder has seen the value of cross-cultural exchanges firsthand. 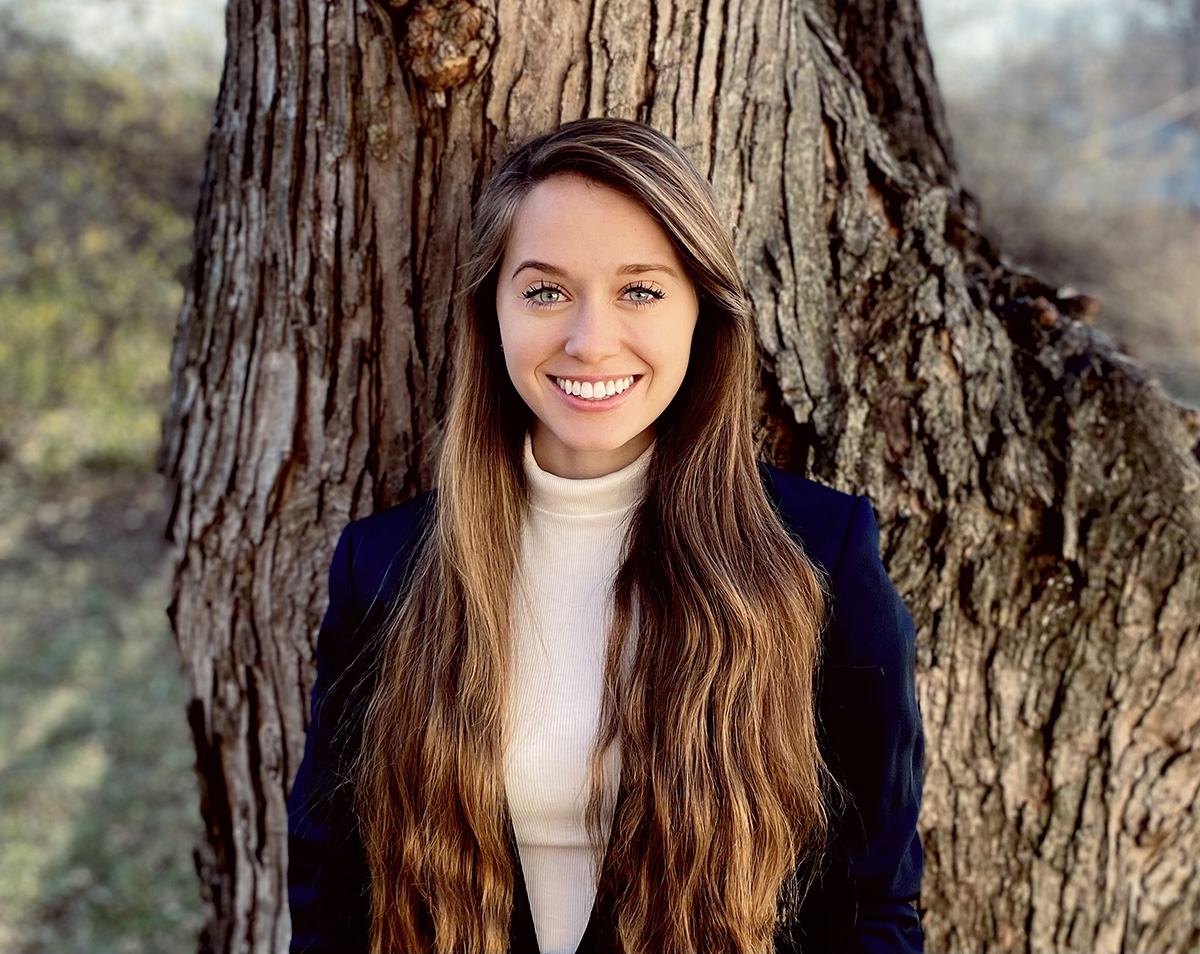 And now, the December 2019 University of Kansas graduate is KU’s third recipient of the Charles B. Rangel Fellowship. She will receive up to $106,000 in benefits to prepare her for a career in the U.S. Foreign Service.

Wilder, who earned degrees in French and global & international studies with a minor in Middle Eastern studies, also worked as an intern with the U.S. State Department. While there, she used her language skills to support public diplomacy efforts with visiting professionals from the Middle East and Africa.

She said she learned how those programs have a long-term effect of building positive relationships among the U.S. and activists, journalists, scholars, entrepreneurs, artists and government leaders around the world.

“I’ve always been curious about other cultures, and I have sought out opportunities to learn about other people and their ways of doing things,” she said. “No matter where we come from, there are universal joys that we share in our common humanity, such as art, sports, music and movies. We can use these things as tools in diplomacy to find common ground with each other.”

Rangel Fellows receive support for a two-year master’s degree in an area of relevance to the Foreign Service and extensive professional development opportunities, including internships, mentors and skills training.

The Rangel Fellowship is funded by the U.S. Department of State and is administered by Howard University.

Wilder worked with KU’s Office of Fellowships, which provided assistance with the process. Students and recent alumni who are interested in applying for the Rangel or similar awards in the future are encouraged to contact the office by email at fellowships@ku.edu.

The fellowship comes with a five-year commitment to work as a foreign service officer in the U.S. State Department, but Wilder said she hoped it could turn into a career lasting far longer than that.

The Shawnee Mission East High School graduate, who often visited relatives in Ness City during her childhood, said she believed in the power of cultural exchanges and closer ties around the world to help bolster U.S. foreign policy, and she looked forward to contributing to those efforts.

“Building strong, mutually beneficial relationships around the world is what I want to do,” she said. “I look forward to using my language skills to show others that Americans care about getting to know them, their languages and their cultures. I also look forward to sharing my roots in rural Kansas with people around the world who haven’t yet had a taste of Midwestern hospitality.”

Marc Greenberg, professor of Slavic & Eurasian languages and literatures, served as Wilder’s honors faculty adviser for all four years of her KU career, and he was among those who wrote letters supporting her application.

“Lilah is ambitious about developing high-level skills to perform optimally in her dream career in the Foreign Service: She is multilingual, has achieved advanced proficiency in Arabic and French (alongside knowledge of other languages), has meaningful in-country experience with a keen understanding of cultural context,” Greenberg said. “She has a strong ambition to do good in the world through public service. She possesses a distinctly balanced personality – she is down-to-earth and carries with her the very best Midwestern values of hard work and perpetual contribution to the common good.”

Wilder is the daughter of Simone Briand and Roger Wilder, and she is a graduate of Shawnee Mission East High School. She was involved in several academic enrichment programs at KU, including the KU Honors Program, Global Scholars Program, Global Awareness Program and Foreign Language and Area Studies (FLAS) Fellowship Program for Arabic study. During her time at KU, she studied abroad in Morocco and in France, went to Taiwan on the Mosaic Taiwan Fellowship Program and interned at the U.S. Department of State in Washington, D.C. Wilder also worked as an adviser for KU Study Abroad & Global Engagement, as a French tutor in the KU Academic Achievement and Access Center, and as a facility assistant at the Ambler Student Recreation Fitness Center. She graduated from KU with highest distinction. She is also a member of the Phi Beta Kappa, Phi Kappa Phi and Pi Delta Phi honor societies. Her campus activities included the Global Partners Program, the All Scholarship Hall Council, Delta Delta Delta sorority, Student Conduct Hearing Board, Rock Chalk Revue, French Club and Arabic Club.