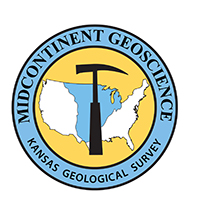 “The unifying theme of Midcontinent Geoscience is geographic — all studies must focus on the Midcontinent region of North America, including the Great Plains and the Central Lowlands,” said Tony Layzell, KGS geologist and the journal’s editor, based at the University of Kansas. “We will publish original research on a wide range of topics, including stratigraphy, paleontology, sedimentology, petroleum, water, geophysics, geomorphology, geochemistry, mineralogy and geoscience methods.”

The peer-reviewed, open-access journal accepts submissions from researchers at universities, government agencies, and private industries and organizations. Although topics must be Midcontinent specific, authors don’t have to be from the region. 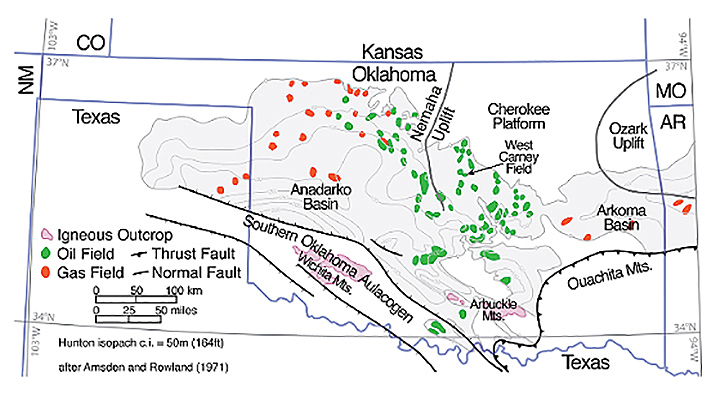 “For this year’s inaugural volume, we have received submissions and inquiries from researchers not only at regional institutions but from as far away as Florida,” Layzell said. “We also encourage students and recent graduates to submit their research.”

Two articles in the premier volume are already available online. The first addresses the wastewater-disposal capability of the Arbuckle Group, a porous rock formation that contains extremely saline water in western and south-central Kansas and is separated from shallower, freshwater aquifers by thousands of feet of impermeable rock. The article is a joint effort by authors at the KGS and the Kansas Department of Health and Environment. 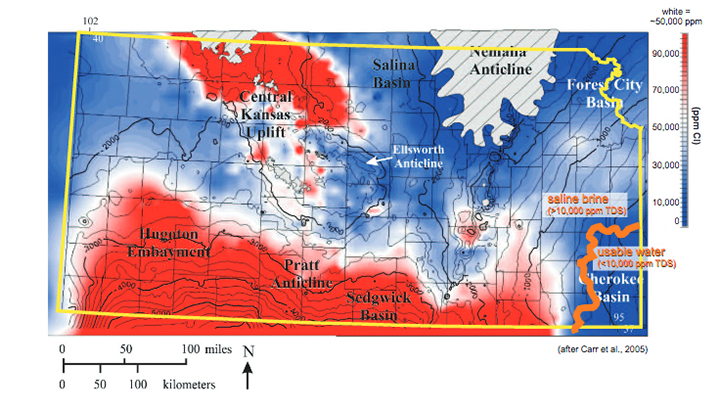 The second article, by researchers from two oil companies – Hocol and Continental Resources –and the Oklahoma State University school of geology, focuses on the diagenesis of rocks in the West Carney Hunton Field, an important oil field in central Oklahoma. Diagenesis is the physical, chemical and biological changes that occur when sediment is converted into sedimentary rock. Before this study, little was known about the complex processes that affected the oil reservoir.

Articles in the journal are available at no charge on the KGS’s Midcontinent Geoscience website. Information for authors, who pay no page fees and retain full copyright, also can be found there. The journal also can be accessed through KU ScholarWorks, KU’s digital repository.

Midcontinent Geoscience is the successor to the KGS online journal Current Research in Earth Sciences, which focused mostly on Kansas-specific articles. The new journal was launched to appeal to a broader regional audience.

The Kansas Geological Survey is a nonregulatory research and service division of KU. KGS researchers study and provide information on the state's geologic resources and hazards, including groundwater, oil and natural gas, rocks and minerals, earthquakes, and other natural resources and hazards. The main KGS headquarters is in Lawrence, and the Kansas Geologic Sample Repository is housed at KGS-Wichita.