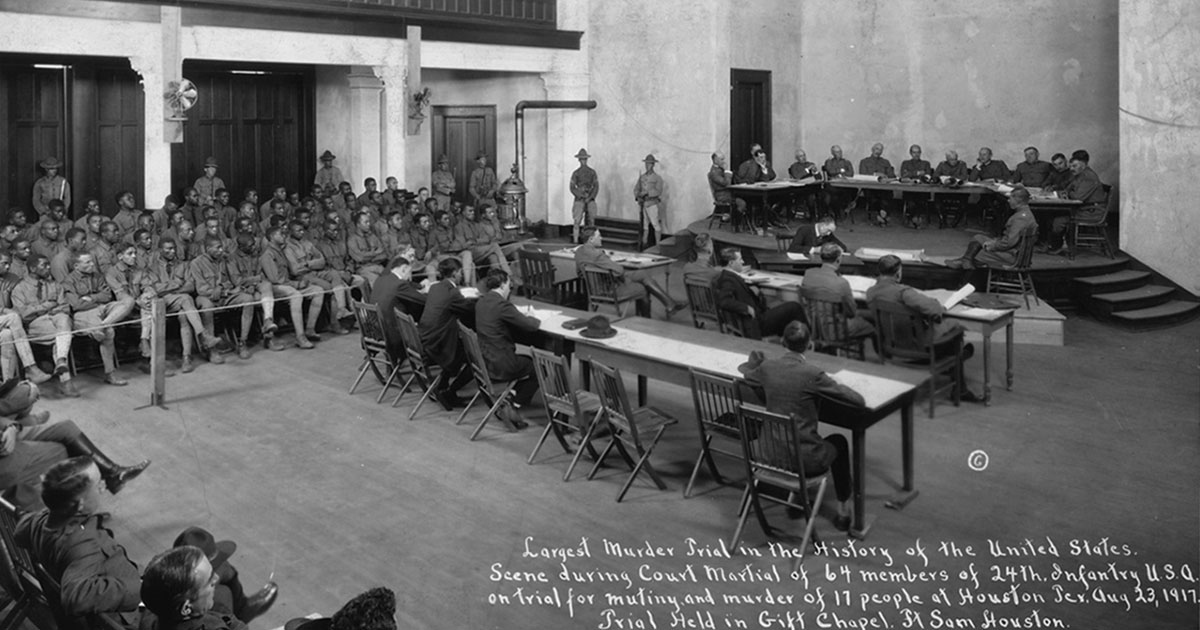 LAWRENCE – Kevin Willmott knows well how old the story of anti-Black police brutality is. More than 20 years ago, he began writing a screenplay about the so-called Houston race riot of 1917, when Black soldiers rose up against racist cops.

He couldn’t have known that that film, “The 24th,” would premiere during this summer of #GeorgeFloyd, #PortlandProtest and #DefundThePolice. But he knew it would be relevant whenever it came out. 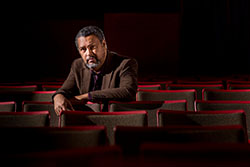 “One bad police officer could destroy a city then, and you can destroy a city like that today,” said the University of Kansas professor of film & media studies and Oscar-winning (“BlacKkKlansman”) screenwriter. “Years later, we're still dealing with the results of a bad police force that accepts racist policing — and it's one guy that creates the incident. Like the George Floyd thing, it's that one guy that makes the other three guys go along with it.”

“The 24th” is Willmott’s second film about Black soldiers to premiere this summer. “Da Five Bloods,” which was set in Vietnam and which Willmott co-wrote with director Spike Lee, premiered June 12 on Netflix. Willmott directed, co-wrote and co-produced “The 24th,” which premieres on-demand Aug. 21 via independent distributor Vertical Entertainment.

Willmott, who grew up in Junction City, near U.S. Army Fort Riley, sees commonalities between the two films’ groups of soldiers.

“I think the Buffalo Soldiers, the Black soldiers that sacrificed in all of these campaigns, believed that somehow their sacrifice was going to make things better,” he said. “They truly believed in the hope of tomorrow. And one of the major courageous elements of their legacy has been that their whole service was about hope for the future.”

Willmott said “The 24th” deals mainly with the lead-up to the 1917 riots and secondarily with its aftermath, which included the largest murder trial in American history – a court-martial of 64 members of the 24th Infantry Division accused of taking part in the uprising that led to the deaths of 21 policemen, soldiers and civilians.

No one today disputes that Houston police officers’ brutality, first against Black citizens and then against the soldiers of the 24th who stood up to defend their honor, touched off the spasm of violence.

It’s been the stuff of song, but precious few books and no movies.

“The Leadbelly song ‘Midnight Special’ has a line in it that refers to the police in Houston,” Willmott noted, quoting, “‘If you ever go to Houston, you better walk right. You better not gamble, and you better not fight.’ Houston was known as a brutal police force.”

Willmott said that nearly 30 years ago, “I stumbled across this photograph of the trial. There's only one photograph of the trial. And that trial of 64 guys all together just blew my mind. The caption said, ‘The largest murder trial in American history.’ So I had to look and see what the story was there. There was one book on it. There's been a lot more in the last few years about it. I wrote a script that, at that time, was called ‘Colored Men,’ and that script would get me jobs, but I couldn’t find a way to get that movie made.”

Nevertheless, Willmott said, “I always thought Trai Byers would be really good as the lead in this film.” Byers, a Kansas City, Kansas, native and University of Kansas graduate, portrayed the crucial role of jazz music student and Wilt Chamberlain’s friend, Nathan Davis, through whose eyes Willmott’s 2014 film, “Jayhawkers,” is told.

And so last year, with Willmott’s Oscar cred and Byers’ cachet from his role as Andre Lyon on the Fox Broadcasting Co. TV series “Empire,” and after the two worked together on a re-write of the script, resulting in Byers’ first writing credit, the film got made during Willmott’s summer break.

The history buff is happy with the finished film’s fidelity to the facts of its inspiration.

“We fictionalized some things about the main character and his love relationship, and we create stories within the group of men,” Willmott said. “But the event itself, I think we're very accurate to what happened and how it happened and those things that really matter.”

Top photo: Taken by the War Department, the visible part of the handwritten caption reads: "Largest Murder Trial in the History of the United States. Scene during Court Martial of 64 members of the 24th Infantry United States of America on trial for mutiny and murder of 17 people at Houston, Texas August 23, 1917. Trial held in Gift Chapel Fort Sam Houston."