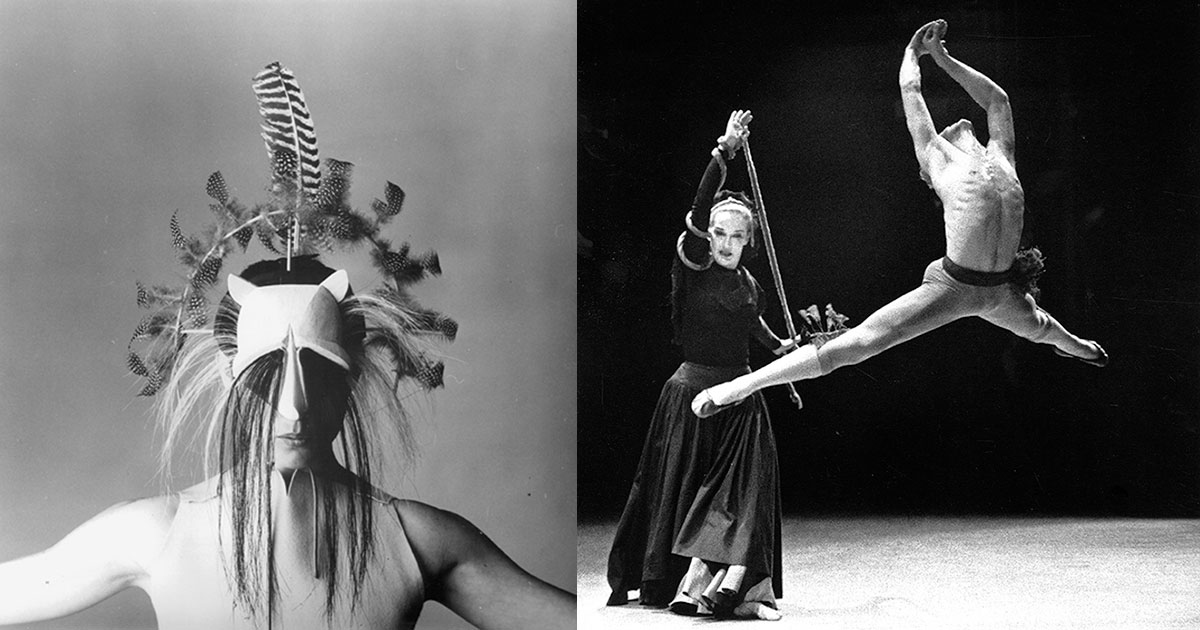 LAWRENCE – In the post-World War II period, José Limón was the toast of the modern dance world. Erick Hawkins was injured and exiled, seeking a way back that would not torture his and other dancers’ bodies. But today, a new book examining and contrasting their careers holds them up at least as artistic equals and explores their distinctive choreographic approaches.

These contrasts are explored from a variety of angles, including gender and race, in the new book by James Moreno, University of Kansas associate professor, titled "Dances of José Limón and Erick Hawkins" (Routledge, 2020).

“I was first drawn to José Limón, and I identify with him as a Mexican American male dancer,” Moreno said. “I faced a lot of the same questions he did — about cultural identity and race and gender as a man dancing in the field of modern dance. My adviser and mentor, Susan Manning at Northwestern University, suggested Eric Hawkins to me, partly because he needed to be recovered. There's very little written about him, so I was happy to dig into him. Because theirs were two very different ideas of embodiment and very different ideas of technique and style, they were a great contrast, and they were allowed me to talk about a range of things within the field of modern dance.”

“They both began dancing in the 1930s,” Moreno said. “Erick Hawkins danced with Martha Graham, and Jose Limón danced with Doris Humphrey — arguably two of the most influential choreographers of the 20th century. At the time, both Doris Humphrey and Martha Graham were what dance scholars call expressionistic dancers, meaning that their goal was to express emotion, or the human condition, or what they call universal ideas of humanity. Their movement was designed to express an interior psychological state. Hence the term expressionistic.”

After the war, Limón founded his own dance company, bringing on Humphrey as artistic director and “carrying on that expressionistic legacy,” as Moreno put it.

Hawkins, on the other hand, had a personal break from Martha Graham — they had a 12-year romantic relationship and were married at one point — which led to an artistic one.

“He broke with the ideas and ideologies of expressionism, and he started a whole new way of thinking about embodiment in dance and then joined the avant-garde circles of the 1950s,” Moreno said. “In the 1950s, when Jose Limón was one of the biggest stars and biggest attractions of the modern dance field — he and Martha Graham dominated the field in the 1950s — Hawkins was starting over. He was trying to discover a new idea about embodiment and technique.”

Hawkins – dealing with an injured back — discovered a book by Mabel Todd propounding her theory of ideokinesis.

“That refers to how the mental states affect the physical body,” Moreno said. “Hawkins began to look at anatomical science and how that affects ideas of technique. He said ballet technique ... can cause injury to the dancers, and it doesn't pay attention to anatomical science. And this was new back then. He was the first guy to start bringing in what we call somatic ideas ... developing movement techniques and style out of what the body does — he would say what it naturally does. He pays attention to the muscle structure and the skeletal structures and how those are connected in ways that he calls natural science. It was a breakthrough at the time.”

Hawkins, he said, came to believe that part of the reason why “expressionistic dancers are working in these injurious ways is that they're trying to express something other than the body ... an idea about love or hate or joy — some emotion or some psychological state — that everybody on earth experiences. They were thinking of that universal idea. And Hawkins says, ‘Well, you know, what's universal is the workings of the body. Everybody has a rib cage that goes in and out when they breathe. Everybody has knees that bend when they walk.’ He was saying the human body is enough material for dancers, so go on stage and move around, and that movement is enough of a universal statement. I don't need to then put on top of that an expression of an idea of love or hate or a story. I don't have to dance the story of Romeo and Juliet.”

By the 1970s, Hawkins regained prominence in the field with his new theories, while Limón continued apace, telling stories on stage, albeit with some subtly queer complications thrown in, until his death in 1968.

“The 1950s was probably Limón’s most creative and biggest decade,” Moreno said. “He not only built, but he expanded the audience base of modern dance. He also helped develop institutions of modern dance in the ’50s — the American Dance Festival came out of the Bennington Dance Festival. The Juilliard School introduced a dance program, and dance was put into universities and institutions, and Limón was in the middle of all that. He was the hot ticket at the time.”

However, even as Limón ’s company was being sent around the world by the State Department in cultural-exchange programs, he was giving a queer edge to some of his work. Moreno writes that Limón never discussed his politics, much less his sexuality or gender identity, but that Limón was in a relationship with a fellow dancer named Charles Weidman all throughout the 1930s. Yet in 1942, he married Pauline Lawrence, the manager of the Humphrey-Weidman company.

This is one of the reasons that Moreno uses the term “queer” for both Limón and Hawkins, rather than homo, hetero or bisexual.

In some of his later works, particularly, Moreno said, Limón presented images of men dancing with other men, or black and white people dancing together, in a subtle fashion.

“The audience has the opportunity to look at all these men on stage, who are partnering each other in ways that was never done before,” he said. “And while it might make some audience have a kind of a homophobic anxiety, they can couch those anxieties within the framework of the biblical story. They can say, ‘Well, those aren't two men who are having pleasure with each other by dancing together. It's Jesus Christ partnering Judas Iscariot, or it's his apostles fighting the Romans. So they can couch it within a story that assuages their homophobic anxieties.”

In retrospect, Moreno said, these dances are “a real interesting mix of post-war abstraction and pre-war minstrelsy, and it's kind of amazing that nobody ever talked about it.”

Until now, that is.