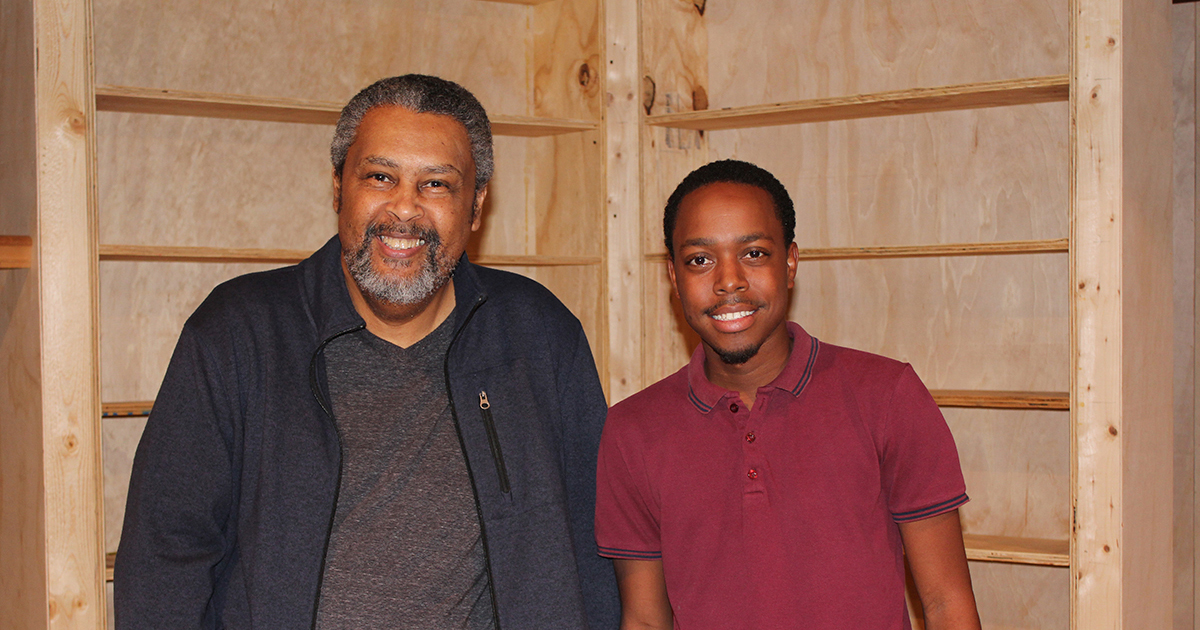 But he is hardly resting on his laurels, even if they include the Grand Prix Award at this year’s Cannes Film Festival. Rather, Willmott’s new play about the life of then-teenage college student Martin Luther King Jr., “Becoming Martin,” premieres Sept. 18 at The Coterie Theatre in Kansas City, Missouri.

In fact, King was just 15 when he was accepted into Morehouse College in Atlanta, and the play examines the historically black college’s decision to admit such a young person and young King’s difficult decision whether to enter the clergy.

Willmott said he was inspired to write the play mainly by the work of his KU colleague Randal Jelks, professor of American and African & African-American studies, who wrote a 2012 book about King’s mentor and Morehouse’s then-president, “Benjamin Elijah Mays, Schoolmaster of the Movement: A Biography” (University of North Carolina Press).

Willmott said that when The Coterie invited him to write a play for its 40th anniversary season, he thought of Jelks’ book, “which made me see there was a great story there that is untold, as of yet in popular culture, of young King’s relationship to Benjamin Mays.”

“When I looked into it, I found out 15-year-old Martin Luther King Jr. wanted to be anything but a minister. His father wanted him to be a minister, and that right there makes for good conflict, which is great for a writer.”

Not only did his “spiritual father” Mays steer the young King into the ministry, but into the particular type of ministry for which he became world famous and for which he was ultimately assassinated in 1968, Willmott said.

“Mays was also a minister, but a different kind of minister than existed before that time,” Willmott said. “After World War II and all the changes that wrought … existentialism started to be interwoven with theology, and modern man came into being, and Mays was that guy. He had met Gandhi and learned about nonviolence and believed that could be put to use to help black people in America.

“He was also a social-justice guy. He thought of Christianity in terms of social justice – things that young Martin wasn’t getting from anywhere else.”

There’s lots of dialogue in the five-person, two-act drama about the conflict between fundamentalism (which young King rejected) and modernism (which he adopted) in the black church at that time. In that way, “Becoming Martin” is a play of ideas. But Willmott says there’s a lot for young audiences, which The Coterie is designed to attract, to latch onto, too.

“I am hoping young people will relate to the father-son conflict, with someone pushing you to be what you don’t want to be,” Willmott said. “People don’t think that kind of thing happens to famous people. So it’s about how he got there by finding his own path to the man he wanted to be and not following somebody else’s path, which is key to happiness in life.”

Coterie Artistic Director Jeff Church said that when he began planning the theatre’s 40th anniversary season two years ago, he reached out to offer Willmott a slot for a new play.

“It’s exciting to work with Kevin again,” Church said. “His career took off right after he’d done four or five projects with The Coterie. Then he began producing all these varied, independent films.”

In 2001, Willmott directed an all-black cast in an adapted version of Tennessee Williams’ “The Glass Menagerie” set in Kansas City, rather than St. Louis. In 2005, he adapted and directed “The Watsons Go to Birmingham-1963” for the theatre. And he directed two plays by Carlyle Brown for The Coterie: “Buffalo Hair,” about the so-called “Buffalo Soldiers” – African-Americans who served in the 19th century U.S. Army – in 1998 and “The Little Tommy Parker Celebrated Colored Minstrel Show” in 1999.

Church said The Coterie received a National Endowment for the Arts grant to support its commission to Willmott and production of the new play.

“This is essentially that beautiful brand of historical fiction,” Church said. “You do your research, and then you imagine what the characters might have said in the room, much the way ‘Hamilton’ does on Broadway – although without the songs.”

Church isn’t worried that a “play of ideas” might bore young playgoers.

“Growing up in a religious household and rebelling against that and your parents, making terrible grades — that’s catnip to my audience,” Church said.

For his part, Willmott is eager to see how audiences react to “Becoming Martin.”

“We’ll start at The Coterie and see what happens,” he said. “I’d like to turn it into a movie or television production someday.”