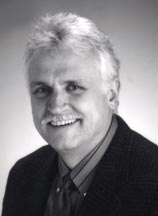 KANSAS CITY, KAN. — An educational opportunity at the University of Kansas Medical Center made such a positive influence on his late daughter's life that Jim Osborn, of Honolulu, has given $1 million to create the Kathleen M. Osborn Chair in Molecular and Integrative Physiology in her memory.

Paul Cheney, professor and chair of the Department of Molecular and Integrative Physiology, is the inaugural recipient. He is internationally recognized for his neuroscience research and has a 30-year track record of grant support from the National Institutes of Health. Through the years, he has received a number of awards for his teaching and mentoring, as well as for his research. His research focuses on two areas: the brain control of movement and the neurological disease associated with HIV/AIDS.

"Words alone cannot convey the depth of my gratitude to Jim Osborn and family for their amazing generosity to our department. Their gifts have made our department much stronger and competitive, and we will be forever thankful," said Cheney. "Jim is such a delightful and thoughtful person whom I had the pleasure of meeting in person during a recent trip to Hawaii. It is truly incredible what a simple doctor's visit by Kathleen Osborn to KU Medical Center back in the late 1960s has turned into. We are honored to keep the memory of Kathleen and her love of science alive through this professorship in her name."

During the summers of 1968 and 1969, Kathleen worked in the reproductive physiology lab of Gilbert Greenwald at the KU School of Medicine. Osborn said this came about after Kathleen developed an interest in science and biology in high school and college. Greenwald offered her a summer job in his lab through a Ford Foundation grant. The position continued the following summer.

The experience was particularly meaningful to Kathleen, said Osborn. "It might have motivated her to enter a career in science, had she not been taken from us prematurely in an automobile accident in 1970," he said. At the time of her death, Kathleen was in her junior year at the University of Missouri.

Osborn said he and his late wife, Marion, had such high regard for Dr. Greenwald, who died in 2004, and for the medical research objectives of the physiology department, along with such deep gratitude for Kathleen's experience, that they made estate plans to benefit the medical center through KU Endowment.

"Marion and I have had a love affair with the University of Kansas Medical Center for over 40 years," said Osborn.

While Jim's estate would have created the chair honoring Kathleen after his death, a recent letter from KU that mentioned Far Above: The Campaign for Kansas prompted his decision to make the gift sooner.

"What evolved from that letter announcing the Far Above campaign was the decision to proceed with establishing a permanent and lasting memorial to Kathleen, which has now become a reality," said Osborn.

Prior to establishing this chair, Osborn has made other significant gifts for the medical center. In 1972, he and his wife established a fund to honor their daughter through the Kathleen Osborn Lectureship at KU Medical Center. The ongoing lectureship features world-renowned scientists in reproductive biology. After Marion's death in 2004, Osborn established the Marion M. Osborn Professorship for Reproductive Science at the KU School of Medicine; Leslie Heckert is the inaugural recipient.

Osborn said that "as the sole survivor of this once endearing family," it gave him peace of mind to create the professorship honoring his wife and the chair honoring his daughter so that he could see the gifts doing good during his lifetime.

Both the professorship and chair qualify for the Kansas Partnership for Faculty of Distinction program, which encourages private donors to help recruit and retain renowned professors. The program provides endowed professorships with additional state funding in perpetuity.

The gift is part of Far Above: The Campaign for Kansas, the university's comprehensive fundraising campaign.

RT @MikeKrings : I'm proud to be a part of this. Listen to me and my fellow KU News folk talk with world class experts! Hear the cool, brill…
«»
Follow us on Twitter »
Why KU
Apply »
One of 34 U.S. public institutions in the prestigious Association of American Universities
44 nationally ranked graduate programs.
—U.S. News & World Report
Top 50 nationwide for size of library collection.
—ALA
5th nationwide for service to veterans —"Best for Vets: Colleges," Military Times