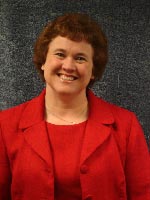 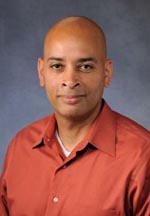 LAWRENCE — As total student debt has surpassed credit card debt and tuition has risen across the United States, President Barack Obama and many others have called for plans to keep college affordable. The University of Kansas will host a symposium to discuss ways of establishing assets early in students’ lives as a way to avoid devastating student debt and help more young people reach college.

The Assets and Education Research Symposium, March 29 and 30 at KU, will feature some of the world’s most influential researchers in the fields of assets, higher education and social welfare.

“There is compelling research showing that establishing savings accounts early in a child’s life not only can help him or her avoid large amounts of student debt, but can actually make them more likely to attend college in the first place,” said Willie Elliott, assistant professor of social welfare at KU.

“We’ll not only discuss these findings, but also examine the newest research on assets and education at earlier stages in the lives of children and youth,” said Deb Adams, associate professor of social welfare. “We believe the assets research presented at this symposium addresses pressing questions in social welfare and education policy, and will provide direction for future interdisciplinary policy, practice and research efforts.”

The keynote speakers and several of the presenters will be available to speak with media from 10:45 a.m. to 12:15 p.m. both days of the symposium. To schedule an interview, contact Mike Krings at 785-864-8860 or mkrings@ku.edu.

Scholars from across the country are among the keynote speakers. Michael Sherraden, Benjamin E. Youngdahl Professor of Social Development and founding director of the Brown School for Social Development at Washington University in St. Louis, is among the keynote speakers. Named one of Time magazine’s 100 most influential people, he has authored books proposing individual development accounts, matched savings and child development accounts to enable families, and especially low-income families, to accumulate assets for children and youth. The accounts have been developed in 40 states and several other countries, including a program in Seoul, South Korea, which won a United Nations Public Service Award in 2010.

Michael Lomax, president and CEO of the United Negro College Fund, will also speak. He has worked throughout his career to provide educational opportunities for underrepresented Americans. In his role with the United Negro College Fund, he oversees the Gates Millennium Scholars Program. The 14,000 low-income minority students in the program have a 90 percent college graduation rate.

Mark Rank, one of the foremost experts on poverty and social justice, is the third keynote speaker. He has authored books exploring American poverty and its wide-reaching effects, demonstrating that a majority of Americans will experience poverty and use a social safety net program at some time in their lives. He is a professor at Washington University.

Presenters include Adams, Elliott and nearly a dozen other scholars and experts in poverty, education, assets and social justice.

“The University of Kansas has long been recognized as a national leader in issues of assets, poverty and social issues,” said Mary Ellen Kondrat, dean of KU’s School of Social Welfare. “Professors Adams and Elliott’s research is providing a foundation for understanding and policy that can help address poverty, educational attainment and growing gap between rich and poor. They have many colleagues here breaking new ground as well. We are proud to host this discussion about helping all Americans achieve an education without being weighed down by unmanageable debt.”

For more information on the symposium, research, presenters and registration, visit here.

RT @MikeKrings : I'm proud to be a part of this. Listen to me and my fellow KU News folk talk with world class experts! Hear the cool, brill…
«»
Follow us on Twitter »
Why KU
Apply »
One of 34 U.S. public institutions in the prestigious Association of American Universities
44 nationally ranked graduate programs.
—U.S. News & World Report
Top 50 nationwide for size of library collection.
—ALA
5th nationwide for service to veterans —"Best for Vets: Colleges," Military Times