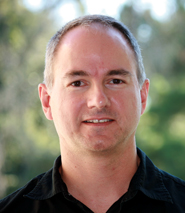 LAWRENCE — University of Kansas students and the public have the opportunity to learn about environmental planning from a nationally known climate action planning expert at the upcoming Galloway Lecture Series.

Michael R. Boswell, a professor of city and regional planning at California Polytechnic State University, will speak at 7 p.m. Feb. 23 at Alderson Auditorium in the Kansas Union. The event is free and open to the public.

Boswell teaches and conducts research in hazard mitigation, environmental policy and climate action planning. He is a former planning commissioner for the city of San Luis Obispo, Calif. He and his colleagues recently published a book, Local Climate Action Planning. The book is a practical guide to aid planners, municipalities and citizens in developing climate action plans and establishing policies for mitigating a community’s greenhouse gas emissions.

“Since finishing the book, I have been working on research to identify what works in implementation of climate action plans and, more importantly, why,” said Boswell. “This work is based on an extensive database of local plans and planner interviews. It will ultimately show the potential for meaningful reduction of greenhouse gas emissions from actions taken at the local level within the context of state, national and international efforts.”

Stacey Swearingen White, KU associate professor of urban planning, described climate change as one of the defining issues of our time. “Communities play a critical role in our response to that issue,” White said. “KU and the Lawrence community are very fortunate to have this opportunity to learn from Michael Boswell on how communities can and should address climate change now and in the future.”

The lecture series is made possible by Sharon Perry Galloway, of Lawrence and Roswell, Ga., and her family. They provided funds to KU Endowment to establish the series in memory of Galloway’s husband, Thomas Galloway, who died in 2007. Thomas Galloway was the founding chair of the graduate program in urban planning in KU’s School of Architecture, Design and Planning, where he was a professor from 1971 to 1980.

As a professor, Thomas Galloway encouraged his students to deepen their understanding of the present by studying social, cultural, economical, environmental, ideological and philosophical entities. He charged his students to go out into the world and change it with a sense of responsibility and humility.

After leaving KU, Galloway held a faculty position at the University of Rhode Island. He later served as dean and professor in the College of Design at Iowa State University. In 1992, he was named dean of the College of Architecture at Georgia Institute of Technology.

Galloway was well-known for establishing partnerships with Ecole Nationale Superieure d’Architecture de Paris LaVillette in France and the Shenyang Technological University in China. He chaired a team that reviewed a new College of Engineering and Design at the University of Abu Dhabi and served as an urban planning consultant to the Sheik.

During his career, Galloway was honored academically and professionally. He was listed among the “30 Leaders Who Bridge Practice and Education” in America’s Best Architecture and Design Schools, published in the 2005 edition of Design Intelligence, and was named a Lexus Leader of the Arts by Public Broadcasting Atlanta.

KU Endowment is the independent, nonprofit organization serving as the official fundraising and fund-management foundation for KU. Founded in 1891, KU Endowment was the first foundation of its kind at a U.S. public university.

Who is most likely to play hard-to-get? Omri Gillath, professor of psychology in @KUCollege , looked into it. Read m… https://t.co/JzWswapIMp
«»
Follow us on Twitter »
Why KU
Apply »
One of 34 U.S. public institutions in the prestigious Association of American Universities
44 nationally ranked graduate programs.
—U.S. News & World Report
Top 50 nationwide for size of library collection.
—ALA
5th nationwide for service to veterans —"Best for Vets: Colleges," Military Times