“These faculty have pushed and stretched the boundaries of their disciplines to contribute meaningfully to our understanding of the world around us and to make it a better place,” Lejuez said. “The title of University Distinguished Professor is significant recognition of their advances in scholarship and also of their contributions to the university as educators and leaders. Congratulations are in order.”

Nominations of current KU faculty members for these distinguished professorships come from academic departments and schools on the Lawrence campus. Major criteria for selection include a record of exceptional scholarship, participation in university affairs and professional organizations, service to community and the success of their students, colleagues and institutions. University Distinguished Professors may be from any discipline, although special consideration is given to candidates from disciplines that have limited representation among current distinguished professors at KU. The University Committee on Distinguished Professorships reviews nominations and forwards its recommendations to the provost for final approval.

The first distinguished professors at KU were named in 1958. That year, four were appointed. In 1963, the first University Distinguished Professors were announced. A complete list is available online.

About the 2018 University Distinguished Professors 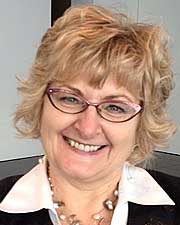 Nyla Branscombe, professor of psychology in the College of Liberal Arts & Sciences, has been on the KU faculty since 1987 and was promoted to professor in 2000. She is a social psychologist with expertise in group processes and intergroup relations. Her scholarship has addressed the role that group memberships — and their associated social identities — play in shaping people’s emotions, thoughts and behavior. Her work led to a deeper understanding of the differential social identity threats people cope with and the strategies they use, depending on their group’s status and history. Much of her research has connected people’s understandings of group history with their emotional responses to group events in the present. She is recognized for identifying conditions that exacerbate social conflict between groups as well as those that facilitate reconciliation.

She has been an invited speaker at many conferences and symposia around the world on topics such as collective guilt, social inequality and social change, coping with discrimination, how groups facilitate health and well-being, and the development of solidarity among minority groups. She has published more than 200 articles and chapters, five edited volumes and several editions of a social psychology textbook. Her work is highly cited, and she has been recipient of numerous research prizes. Most recently, she is the 2017 recipient of the Balfour S. Jeffrey Award in the Humanities and Social Sciences, one of the Higuchi-KU Endowment Research Achievement Awards. In 2015 she received the Byron Alexander Outstanding Graduate Mentor Award from the College. She has supervised 15 successful doctoral dissertations and served on numerous university, College and department committees during her time at KU.

Branscombe has been appointed to the editorial boards of numerous journals in the field and served as associate editor with several, including Personality and Social Psychology Bulletin, the European Review of Social Psychology, Group Processes & Intergroup Relations and British Journal of Social Psychology. Because of her expertise in social identity and psychological well-being, she was appointed senior fellow and funded for many years by the interdisciplinary Canadian Institute for Advanced Research. 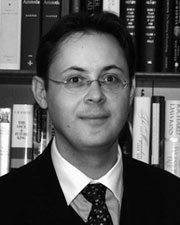 Michael Engel, professor of ecology & evolutionary biology, joined the university in 2000 as an assistant professor in the entomology division. In 2008 he was promoted to professor in the Department of Ecology & Evolutionary Biology and courtesy professor in the Department of Geology. His tenure at KU also includes curator positions with the Biodiversity Institute and Natural History Museum, where he is currently senior curator for the Division of Entomology. His research focuses on systematics, paleontology and evolution of insects, with a particular focus on the diversity of bees. During his tenure with KU, his work has revealed the earliest fossil evidence of insects, unraveled the origin of wings and flight, documented the extinction and diversification of major bee lineages, and explored the fossil record of insect behavior, camouflage and pollination. His discovery of giant fleas that likely fed on feathered dinosaurs was listed by Discover Magazine as one of the top 100 stories of 2012. Since 1998, he has been a researcher affiliated with the American Museum of Natural History in New York City. Engel has been a guest professor with Capital Normal University in Beijing and a visiting researcher with King Saud University in Riyadh, Saudi Arabia.

He has received numerous awards for his scholarship and teaching. Engel is a fellow of the Entomological Society of America and a recipient of the society’s Thomas Say Award and a fellow of the Paleontological Society and a recipient of that society’s Charles Schuchert Award. He received the International Cooperation Award for Young Scientists in 2015 from the Chinese Academy of Sciences. In 2014 he was selected to receive a University Scholarly Achievement Award from KU. In 2006 he was honored as a Guggenheim Fellow by the John Simon Guggenheim Memorial Foundation, received a William T. Kemper Fellowship for Teaching Excellence from KU, and his book “Evolution of the Insects” received honors from the American Library Association. Research grants he’s been involved with were awarded more than $3.2 million.

Engel is a highly prolific author with more than 625 journal contributions and eight books and edited volumes to his credit. He serves on several scholarly journal editorial boards and is currently editor in chief of the Journal of Melittology and Novitates Paleoentomologicae. His work has taken him to more than 35 countries on six continents. He has served on numerous university, College, department and museum committees. He also has extensive service experience with national and international organizations including the National Science Foundation, the John D. and Catherine T. MacArthur Foundation and the John Simon Guggenheim Memorial Foundation. 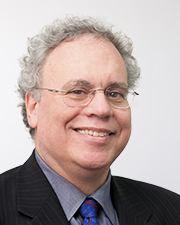 Neal Kingston, professor of educational psychology and research in the School of Education, has been on the KU faculty since 2006. In addition to his faculty appointment, he is director of KU’s Achievement & Assessment Institute and interim director of the Center for Educational Testing & Evaluation, which he also directed from 2009 to 2012. Since 2017 he also has held a courtesy appointment as professor in the Department of Special Education.

His research focuses on large-scale educational assessment, with particular emphasis on how assessments based on learning maps can better support student learning. Kingston is a prolific author and presenter with more than 200 reports, journal publications and invited presentations. In 2014, he co-authored the book “Test Fraud: Statistical Detection and Methodology.” He has worked as principal investigator or co-principal investigator on more than 120 funded projects that since 2009 have been awarded more than $200 million.

Kingston’s path to KU has been nontraditional, having begun his career as a high school science teacher in Yonkers, New York. After graduate school, he worked many years at Educational Testing Service holding a variety of positions including that of director of research and new testing initiatives and director of research and test development for the Graduate Record Examinations program and also as executive director of the ETS Workplace Assessment and Training. From 1993 to 1995, as Kentucky associate commissioner for curriculum and assessment, Kingston was responsible for a statewide assessment system that included performance events and mathematics, writing and alternate assessment portfolios. Between 1996 and 2004 he worked on more than a dozen state assessment programs through leadership roles he held at Measured Progress in Dover, New Hampshire. He was vice president and general manager and vice president of research for CTB McGraw-Hill from 2004 to 2006.

In 2015 Kingston was selected to receive the National Association of Assessment Directors Award for Outstanding Contributions to Educational Assessment. He was named Distinguished Mentor for the Community of Interest on Career Paths: Academia or Industry by American Educational Research Association Division D. He has served on numerous university, school and department committees during his time at KU and has chaired or been an active member on numerous national and international professional committees and conferences.