LAWRENCE — Tony Reames, a 2013 graduate of the doctoral program at the University of Kansas School of Public Affairs & Administration, has been appointed by President Joe Biden's administration to serve as a senior adviser in the Office of Economic Impact and Diversity in the Department of Energy. 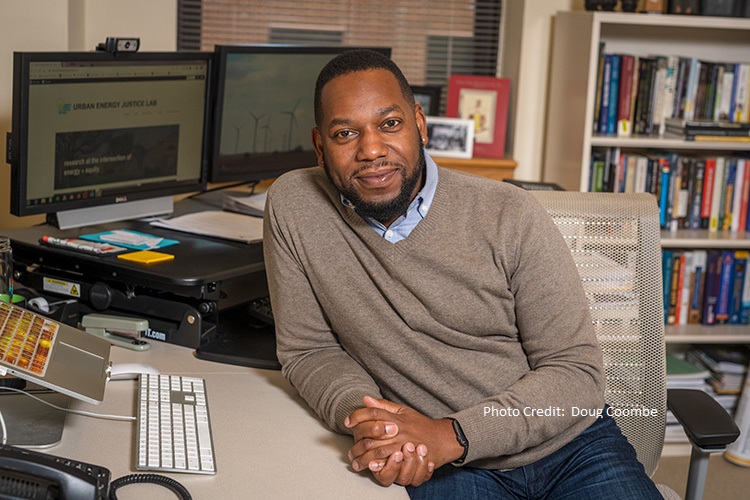 Reames, a professor at the University of Michigan, established the Urban Energy Justice Lab, where he conducts research on how racial, economic and geographic disparities affect access to energy. He is also studying how to equitably shift to a “green” economy.

As a doctoral student at KU, Reames was a fellow in the National Science Foundation Climate Change, Humans and Nature in the Global Environment Program. He also had a research fellowship with KU’s Institute for Policy & Social Research.

His dissertation, “Environmental Justice in an Era of Climate Change Concern: The Intersection of Energy Efficiency and Equity in Urban America,” was chaired by Steven Maynard-Moody, professor of public affairs & administration.

“Tony Reames is a national leader in research on energy equity,” said Charles Epp, University Distinguished Professor and director of the school's doctoral program. “His appointment brings to the administration a strong voice for fairness and justice in energy policy.”

The announcement from the Department of Energy noted that the appointment of Reames and several others is “critical to our efforts to develop clean energy solutions that create millions of good-paying jobs and lift up communities across the nation.”