LAWRENCE — A man who pioneered aircraft industry awareness for the importance of structural maintenance and fatigue and safety risk assessment, and another who has guided one of the most prominent and successful construction firms in the Kansas City area are the winners of the 2019 Distinguished Engineering Service Award.

Marv Nuss and Dave Ross will be honored for outstanding contributions to engineering and their dedication to the profession at a ceremony set for 6 p.m. Thursday, May 2, at the Burge Union.

“Marv and Dave have each demonstrated a remarkable dedication to the engineering profession. Both are also steadfast supporters of KU and the School of Engineering. It’s an honor to recognize their contributions to their respective fields,” said Arvin Agah, dean of engineering.

The School of Engineering Advisory Board has given the Distinguished Engineering Service Award, the highest honor bestowed by the school, annually since 1980. The award honors KU engineering alumni or engineers who have maintained a close association with the university and for outstanding contributions to the profession of engineering and society. 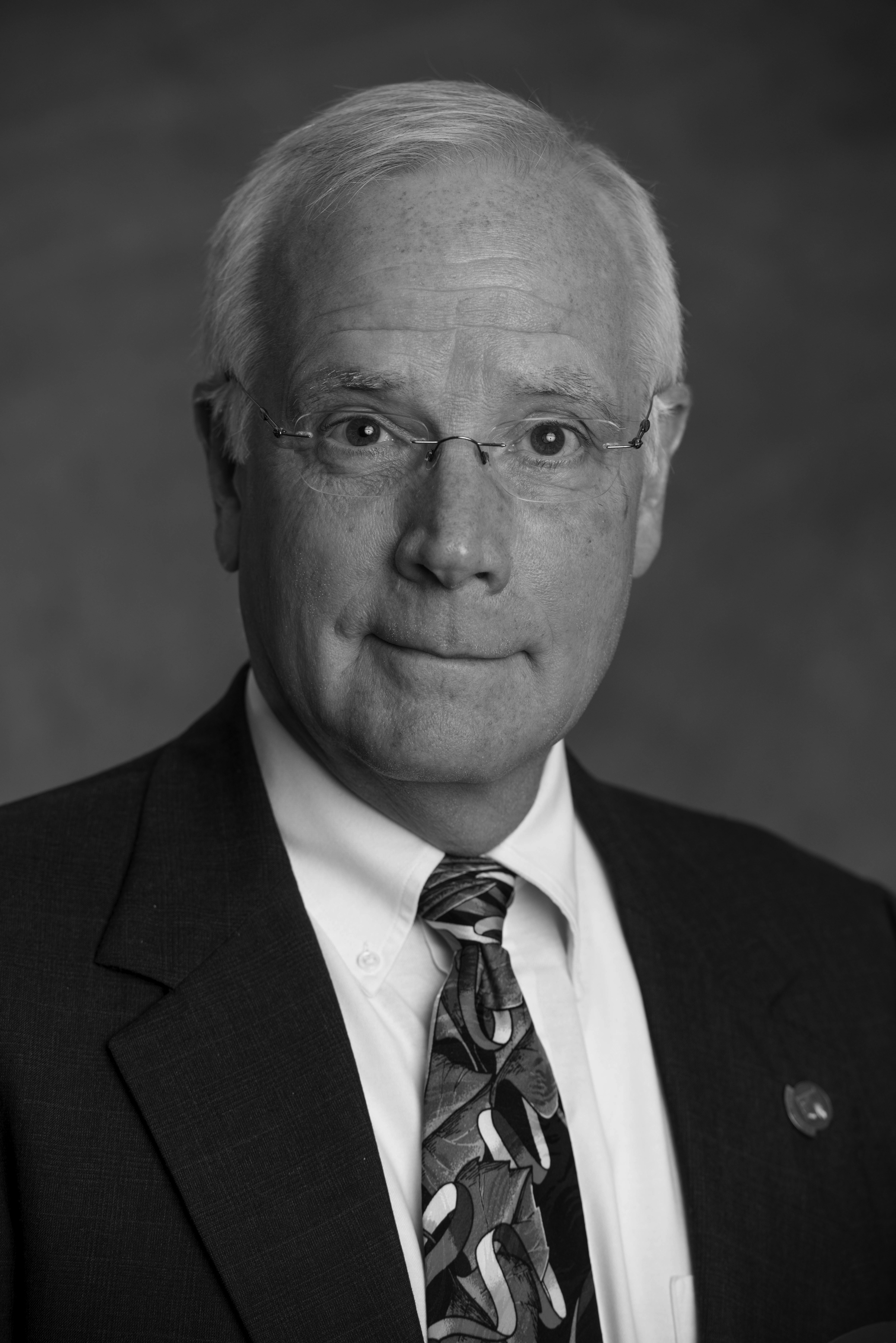 The U.S. boasts the safest airspace in the world, and Marv Nuss has played no small role in this accomplishment. His extensive background in solving age-related airworthiness problems enabled him to be one of the Federal Aviation Administration’s leaders in practical application of safety risk assessment and risk management to continued airworthiness. He championed structural fatigue and damage tolerance, creating policy, guidance and industry awareness for the importance of structural maintenance and sustainability.

Beyond his contributions to aircraft safety, his decades-long stalwart support of the KU School of Engineering and the aerospace engineering department have benefited past, present and future students, faculty and the broader KU Engineering community.

Nuss earned his bachelor’s degree in aerospace engineering from KU in 1973. After graduation, Nuss worked four years at Bell Helicopter as a fatigue evaluation engineer. He then spent 14 years at McDonnell Aircraft on fighter aircraft projects, including more than a year in Madrid, Spain. His career progressed to a fracture and fatigue unit chief. In 1991, he moved to the FAA in Kansas City, Missouri, where he worked in the Small Airplane Certification Directorate. He rose to assistant directorate manager, then was the directorate’s Continued Operational Safety Program manager. After his retirement from the FAA in 2011, Nuss founded NuSS Sustainment Solutions. His consulting and training focus on aircraft structures' airworthiness, sustainment and aircraft certification.

Nuss has served on the KU Engineering advisory board since 2011 and became board chair in 2014. He has been on the aerospace engineering department advisory board since 1993, including 20 years as chair. He is known as “Mr. KU Aero,” in part for the breadth and the sustained duration of his commitment. He frequently provides insight to students by delivering colloquia, volunteering in the senior interview process and through mentoring. He is well-respected among students and is viewed as an approachable, caring and dedicated alumnus with a passion for cultivating success in the next generation of KU Engineering graduates.

Beyond committing his time to help students and professionals, Nuss and his wife, Hazel, have also provided generous financial support over the years, including the Jet Engineering Simulation Laboratory and the Howard Smith freezer for composite material storage. They have also supported student project experiences and faculty development.

Nuss is a member of the American Society for Testing and Materials and the Aircraft Owners and Pilots Association, and he is a private pilot. He was recognized with the FAA Central Region award for Technical Achievement in 2010, was named FAA Small Airplane Directorate Employee of the Year in 2004 and won NASA’s “Turning Goals into Reality” team award in 1999.

Nuss and his wife, Hazel, a KU alumna, married in 1972. They’ve enjoyed travel in the U.S. and abroad as well as cheering for Jayhawk sports. Their son, Patrick, is a KU Engineering graduate and lives in Seattle with his wife and daughter. 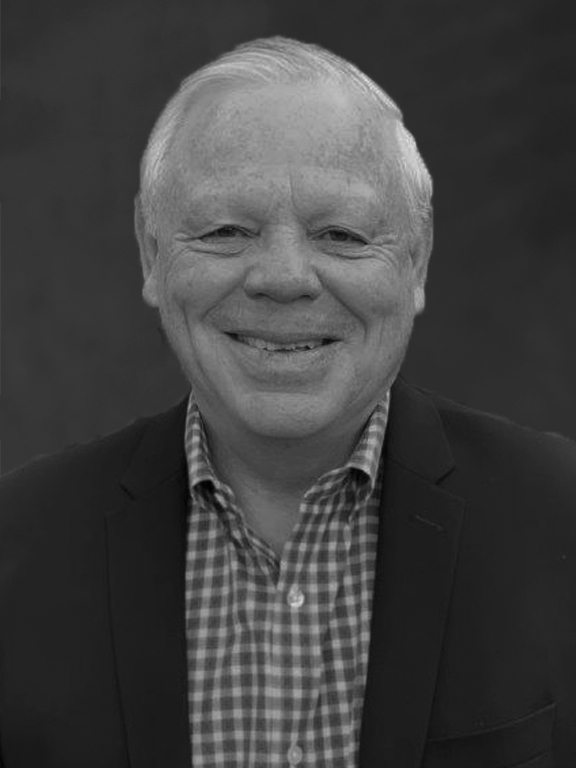 Known as calm, thoughtful and meticulous with a unique ability to excel in a variety of complex and highly technical projects, Dave Ross has been the driving force behind a top Kansas City construction firm for more than 40 years. As president and owner of David E. Ross Construction, Ross has built a reputation as a trusted adviser with an unwavering moral compass — while maintaining an enduring passion for the University of Kansas and the KU School of Engineering.

Ross earned his bachelor’s degree in civil engineering from KU in 1973 and a Masters of Business Administration from the KU School of Business in 1975. In 1978, after three years at C.F. Braun and Company, he moved back to Kansas City to work with his father at the construction company he founded in 1949 — David E. Ross Construction.

The company has a diverse and complex construction portfolio full of technically challenging projects. Ross is known for utilizing extensive engineering knowledge, precise execution, acute attention to detail and an innovative approach to ensure his teams complete projects on time and within budget. Through Ross' leadership and principles, his company has earned a reputation as being concerned about long-term costs, quality and sustainability.

In his time at Ross Construction, the company has grown in volume and number of associates, with more than 60 employees today. Under his leadership, teams have stayed in front of potential problems by thoroughly analyzing plans to ensure that what looks good on paper is feasible in the real world — in terms of practicality and the bottom line. Ross emphasizes client satisfaction and teaches his employees to build as if they own a particular project by putting themselves in each client’s shoes.

Ross has also served KU and the Jayhawk Engineering community. He has a distinguished record of financial support to the university and the School of Engineering, including major gifts to the Department of Civil, Environmental & Architectural Engineering (CEAE) for renovation of the geotechnical laboratory and other equipment purchases. He has served on the CEAE department advisory board since 2012 and is a founding member of the CEAE Chair’s Council, which was established in 2018 to raise funds to retain outstanding faculty.

His wife, Patty, has worked alongside Ross for over 30 years at David E. Ross Construction as treasurer and secretary. His daughter Allison McClain joined the family business 11 years ago and serves as vice president. Dave and Patty Ross have four daughters and 10 grandchildren. They split their vacation time between Southern California and Table Rock Lake, surrounded by their kids and grandkids.