Crafted for geosciences, plan can help guide any discipline or organization toward access, inclusion and equity, authors say

LAWRENCE — It’s no secret that the geosciences are among the least diverse STEM fields in the United States. That won’t change until organizations get serious about naming — and dismantling — racism and discrimination as barriers to access, inclusion and equity in science, technology, engineering and math, argue the authors of a peer-reviewed Perspective published this month in Nature Communications.

And there’s no time to waste. Like so many other institutions, geoscience organizations released statements decrying societal racism and discrimination in the wake of George Floyd’s murder and other highly visible acts of violence against Black Americans in the summer of 2020.

“We assert that these statements of support, though important first steps, are generally ineffective at assisting minoritized people in fighting racism or discrimination,” the authors wrote.

To help move beyond well-intentioned words, the authors — including Blair Schneider, associate researcher and science outreach manager at the Kansas Geological Survey at the University of Kansas — offer a 20-point action plan that individuals, communities and institutions can implement to become more inclusive and accessible. 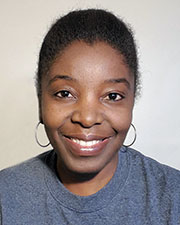 “Necessity led us here. Our lived experiences as we navigate the culture and climate at our institutions, our professional organizations, our labs and field sites as minoritized individuals are rather similar,” said Hendratta Ali, the paper’s lead author and associate professor of geosciences at Fort Hays State University. “But in this similarity, there is a pecking order. Black individuals — Black women in particular — are mostly at the bottom of this hierarchy. Tackling racism seems like the right place to engage professional geoscience societies, organizations and unions because, in the process, everyone is lifted.”

Ali, Schneider and their 17 co-authors identify six essential constructs for effective anti-racism: identity, values, access, inclusion, equity and justice. They base their plan around these constructs, which they characterize as essential to the following objectives:

They then identify 20 actions associated with the constructs that can be taken to combat racism and discrimination. Some specific actions in the plan include adopting inclusive ethics and conduct codes, evaluating and redefining standards of professionalism, addressing barriers for the retention of minorities, and establishing accountability for income parity.

The authors suggest that to implement their plan, organizations will need to engage with all historically underrepresented and marginalized groups— Black, Indigenous and other people of color, people with disabilities, members of the LGBTQ+ community, foreign nationals and women — within the geoscience discipline. But the plan is applicable beyond the geoscience community.

“To clarify, when we say geoscience organizations, we include universities and other institutions. We mean all spaces where geoscience happens. However, it seems to us that professional geoscience societies, associations and unions have a broader scope and wider reach and have greater potential to set the tone in the discipline,” Ali said. “But more broadly speaking, I think it is not news that racism and discrimination do not exist only in the geosciences. Racism and discrimination exist in all STEM disciplines and in society. We focus on geoscience as an example because it is our primary discipline and because it remains one of the least diverse STEM disciplines.”

The plan builds on a petition the authors launched last summer, Call for a Robust Anti-racism Plan for the Geosciences, which has amassed more than 26,000 signatures.

“After launching our petition, we received several requests from academic departments, professional associations and societies, groups, and individuals who asked to use the petition as a basis for their own plan of action. We decided to expand on it and write this peer-reviewed article,” Ali said.

Their work earned the American Geophysical Union Presidential Citation and the President’s Award from the Association for Women Geoscientists. Several organizations, such as the Geological Society of America, have engaged with Ali in various ways to advance their efforts in anti-racism. But other geoscience organizations and institutions have remained notably silent, Ali said. 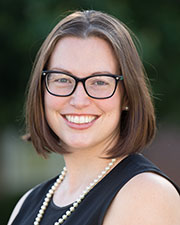 “What has hindered progress in our field especially is white people’s inability or refusal to acknowledge that racism still exists and that we play a key role in dismantling it,” Schneider said. “In order to accept responsibility for our role in this problem, we have to move past our uncomfortable feelings and actively work on being anti-racist.”

Schneider and Ali are heartened by some of the movement they have seen in the field. For example, Schneider serves as a co-principal investigator and Ali is a trainer on the research team for the ADVANCEGeo Partnership, an effort funded by the National Science Foundation to address sexual harassment and other exclusionary behaviors that lead to hostile workplaces in the earth, space and environmental sciences.

“Our workshops already covered harassment and bullying, but after working on this petition, we modified them to include information about racial aggressions, including scenarios and consequences,” Schneider said. “Many of us have already been working with leadership in professional societies on other issues. These networks and relationships have been developed over the years, and so we know that we have a lot of allies in some of these organizations who can help spread the message and be a role model for creating change.”