LAWRENCE — Higher education runs on high-speed internet: Without the bandwidth to properly support academic and research activities, institutions and the students and faculty they serve can find themselves at a disadvantage. Haskell Indian Nations University was in just such a predicament.

“I knew from my conversations with people who work and teach at Haskell that one of the challenges was internet connectivity,” said Chris Crook, KU Information Technology chief operations officer. 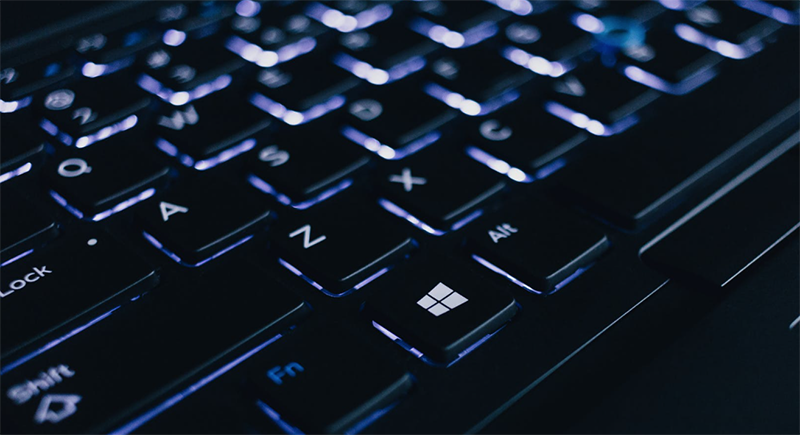 Haskell was operating on a federal government network that wasn’t meeting the needs of the institution. However, in 2019, the city of Lawrence was planning to perform work on its fiber network along 23rd Street, and the pathway was going to pass right by Haskell. That work would provide an opportunity to upgrade the tribal college's internet connection.

“Their previous connection was running through South Dakota because they’re one of two Native American higher education institutions run by the Bureau of Indian Education, and the BIE network was made for K-12. So, you had a full-on university living behind filtering that is intended for little kids,” said Cort Buffington, executive director of KanREN, a member-based consortium internet service provider for research, education and public service institutions in Kansas.

Efforts to improve Haskell’s connectivity had been stop and go in the past. Stephen Prue, executive assistant in Haskell’s Office of the President, said Haskell was part of a grant-funded tribal college information technology audit in 2016 that was largely facilitated by the American Indian Higher Education Consortium (AIHEC). Haskell received several recommendations from the audit, and the best way to address most of them was to connect with KanREN. AIHEC reached out to Buffington in December 2017, and Haskell and KanREN had their first meeting in September 2018.

The other three partners on the Haskell upgrade project — the city of Lawrence, the University of Kansas and KanREN — had been working together on network expansion projects for years. Also, Crook and Mary Walsh, KU chief information officer, had already begun meeting with Haskell representatives on a regular basis.

Since her arrival at KU in the spring of 2018, Walsh has made networking and collaborating with community stakeholders a priority.

“We started quarterly meetings with Haskell’s IT team when I came to KU,” Walsh said. “We’re trying to collaborate more with organizations across Kansas and the Midwest, and since KU and Haskell are neighbors, it makes sense for us to talk regularly.”

The existing partnership and those conversations spurred the project once the fiber work was underway near Haskell’s campus. The university was fully online with its new connection in May.

The city of Lawrence has been building out a fiber network of its own since the late ‘90s, and Jim Wisdom, the city's director of information technology, has been one of the central figures driving its growth. While KU, Haskell and KanREN representatives give credit to Wisdom for driving the project, he credits KU and KanREN, and everyone credits Haskell for its longstanding persistence to do better for its students.

Now, Haskell now has the same powerful internet connection that every other public research university in Kansas has, Buffington said. The connection to KanREN also brings access to high-performance computing, free access to supercomputers in Wichita and much more.

“Overnight they became a part of the real, genuine research computing community,” Buffington said. “Furthermore, they are the only tribal institution in the U.S. that is connected at 10 gig. They went from being the farthest behind to the farthest in front.”