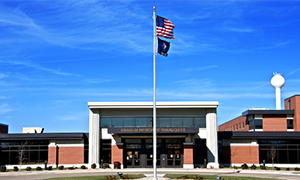 The new officers were members of the 260th basic training class at the center. Located one mile west and one mile south of Yoder, near Hutchinson, the center is a division of University of Kansas Professional & Continuing Education.

The graduates, who began their training Sept. 9, 2019, represented 20 municipal, county and state law enforcement agencies from across Kansas.

Established by the Kansas Legislature in 1968, the center trains the majority of municipal, county and state law enforcement officers in Kansas and oversees the training of the remaining officers at seven authorized and certified academy programs operated by local law enforcement agencies and the Kansas Highway Patrol.

Graduates who granted permission to release their names are listed below by county and agency.