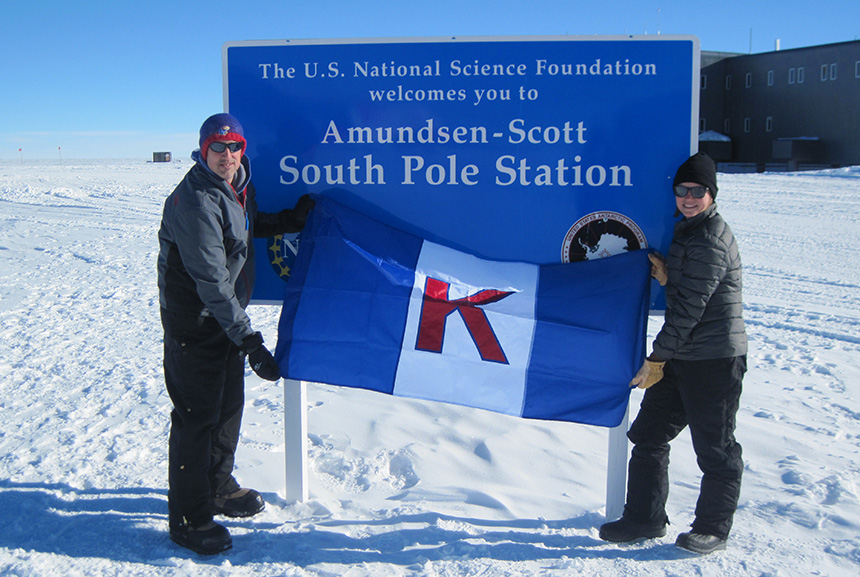 LAWRENCE – An electrical engineer with extensive experience in airborne polar science has been named director of the Center for Remote Sensing of Ice Sheets (CReSIS) at the University of Kansas.

Carlton Leuschen, professor of electrical engineering and computer science, begins the permanent leadership role immediately. He has served as interim director of CReSIS since the departure of former director Prasad Gogineni, then a distinguished professor of engineering at KU. 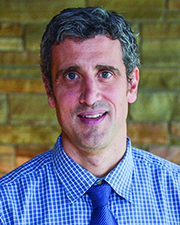 “Under Dr. Leuschen’s guidance, CReSIS scientists and engineers have continued to explore new frontiers in the quest to understand and predict the role of polar ice sheets in sea-level change. That work becomes even more urgent as our seas rise at an accelerated pace,” said Simon Atkinson, vice chancellor for research. “Dr. Leuschen’s unique background in ice-penetrating radar and remote sensing – and his strong relationship with NASA, the National Science Foundation and other international partners – position him well to lead CReSIS into the next decade.”

CReSIS was established as a National Science Foundation Science & Technology Center in 2005 with the mission of developing new technologies and computer models to measure and predict the response of sea-level change to the mass balance of ice sheets in Greenland and Antarctica. As a KU designated research center, CReSIS continues to provide students and faculty with opportunities to pursue research in a variety of disciplines, collaborate with leading scientists and engineers in the U.S. and abroad, and make meaningful contributions to the ongoing, urgent work of addressing the impact of climate change.

“The talented, committed scientists and engineers at CReSIS work tirelessly to understand the processes that are causing rapid changes on Earth, to build and operate airborne radar instrumentation in Greenland and Antarctica, to develop improved models to simulate how ice sheets will respond to a warming climate, and to predict what is contributing to sea-level rise,” Leuschen said. “I am honored to work with such a highly capable team of individuals and am excited to continue supporting and contributing to this critical work as director of CReSIS.”

Leuschen’s research focuses on the design and development of radar systems for the remote sensing of ice and snow, high-resolution radar for agricultural applications and planetary radar sounding. He is a team leader on NASA’s Operation IceBridge, with multiple polar research deployments for both NASA and NSF. He has more than 15 years of field experience with subsurface radar sounding and has been involved in airborne polar science since 2002.

Leuschen earned his bachelor’s degree, master’s degree and doctorate in electrical engineering from KU, where he performed research in the Radar & Remote Sensing Laboratory. He worked in the Ocean Remote Sensing Group at the Johns Hopkins University Applied Physics Laboratory before returning to KU in 2006 to join CReSIS.

“I am grateful to the search committee, led by Associate Vice Chancellor for Research Erik Lundquist, for their time and effort in recruiting internal candidates for leadership of this highly specialized research center,” Atkinson said. “The role is critical to KU’s continuing excellence in the field.”