LAWRENCE — A University of Kansas expert will use an upcoming public presentation to discuss ways that the U.S. Army has contributed to social change in America. 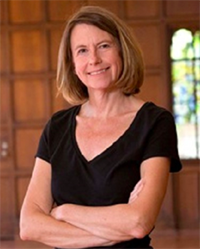 Foundation Distinguished Professor of History Beth Bailey will deliver her inaugural distinguished professor lecture, “The U.S. Army and the ‘Problem of Race,’” at 5:30 p.m. Jan. 25 in the Jayhawk Room of the Kansas Union. All are welcome.

Bailey’s talk is drawn from her current book project, which examines how the Army, as an institution, responded to demands for social justice and tried to manage what it understood as the pressing “problem of race” during the Vietnam War era and the decade that followed.

A scholar of recent U.S. history with expertise in both the U.S. military and gender and sexuality, Bailey joined KU in fall 2015 and is founding director of the Center for Military, War, and Society Studies. She is a prolific writer and a major contributor to and now managing author of A People and A Nation, one of the most popular American history textbooks. Her most recent book, “America’s Army: Making the All-Volunteer Force,” examines the nation’s move from the draft to an all-volunteer force in the wake of the Vietnam War. It analyzes the Army’s efforts to imagine and create a force that could respond to rapidly changing and complex international situations. It also offers, through the lens of the military, a history of the United States from the war in Vietnam through the wars in Iraq and Afghanistan, arguing that the Army was the institution that most directly confronted the social change movements of the 1960s and their legacies, and the site of critical struggles over the meaning of citizenship and its rights and obligations. The book explores the challenges the military faced in competing with business and industry for a capable workforce as well as addressing cultural shifts in gender, sexuality and racial dynamics.

Bailey has also chronicled the dramatic shifts in courtship and sexual relations through her books “From Front Porch to Back Seat: Courtship in 20th Century America” and “Sex in the Heartland,” the latter of which traces the struggles over sex and sexuality in post-WWII Lawrence. The book asserts that the sexual revolution was thoroughly part of American culture, born of widely shared beliefs and major transformations in the structure of American society — not something created by a set of radicals on the fringes of American society and imposed on the rest of the nation. Bailey — along with her husband, David Farber, the Roy A. Roberts Distinguished Professor of History — was a visiting assistant professor at KU in the late '80s. She and Farber co-wrote “The First Strange Place: Race and Sex in World War II Hawaii” and co-edited several other works. She recently co-edited a scholarly collection, “Understanding the U.S. Wars in Iraq and Afghanistan.”

Before returning to teach at KU, Bailey taught for 11 years at Temple University, and before that at the University of New Mexico and at Barnard College, Columbia University.

Bailey has received multiple awards for her scholarship, teaching and service. Major national awards include Oscar Handlin Fellow, American Council of Learned Societies; National Endowment for the Humanities Fellow; National Endowment for the Humanities Summer Stipend; Woodrow Wilson International Center for Scholars Fellow; Fulbright Senior Lecturer (University of Indonesia). She was also named the Ann Whitney Olin Junior Fellow at Barnard College and a Regents lecturer at the University of New Mexico, where she received the Gunter Starkey Teaching Award. Bailey has been a visiting scholar or lecturer in Australia, Indonesia, France, Germany, the Netherlands, Great Britain, Japan, Saudi Arabia, Lebanon and China.