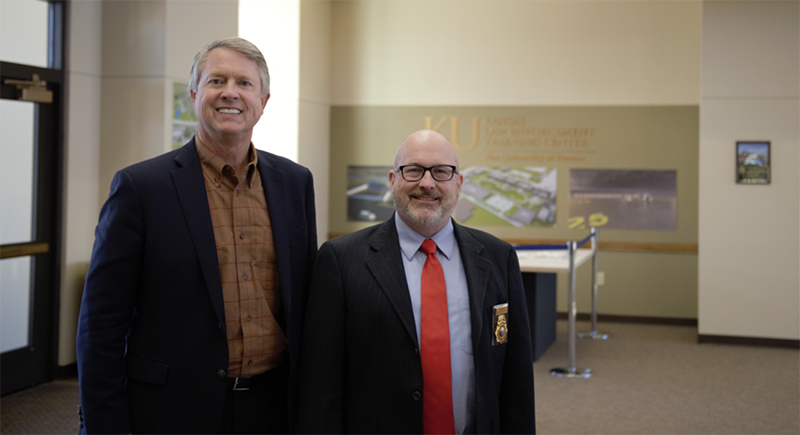 U.S. Sen. Roger Marshall, the commencement speaker for the ceremony, congratulated the graduates and expressed his deep appreciation for their sacrifice and the sacrifice of their families. “Every day, brave law enforcement officers, like the ones on stage and in the audience today, make many sacrifices to keep our communities across Kansas safe.” 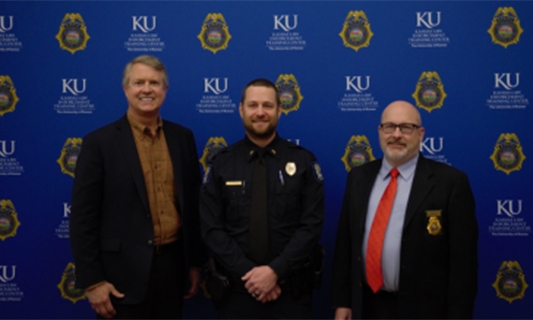 The son of a law enforcement officer, Marshall shared memories of growing up with a father in law enforcement and how his father taught him to respect and appreciate law and order, and those who uphold the laws of the land. “Without these laws and the officers who enforce these laws, it would never be safe to drive on our roads or leave our homes.”

Under the authority of Executive Director Darin Beck, graduates received certificates attesting to the satisfactory completion of a full-time basic course of instruction and certification as Kansas law enforcement officers from the Kansas Commission on Peace Officers’ Standards and Training, the state’s law enforcement licensing authority.

The following are the graduates of the 303rd basic training class: