LAWRENCE – A century after he first rose to prominence as a poet, fiction writer, playwright, autobiographer and satirist, Langston Hughes continues to attract attention from scholars seeking to shed new light on his life and work. In this spirit, the editors of the new book “Langston Hughes in Context” (Cambridge University Press) invited two scholars with ties to the University of Kansas to offer their insights. 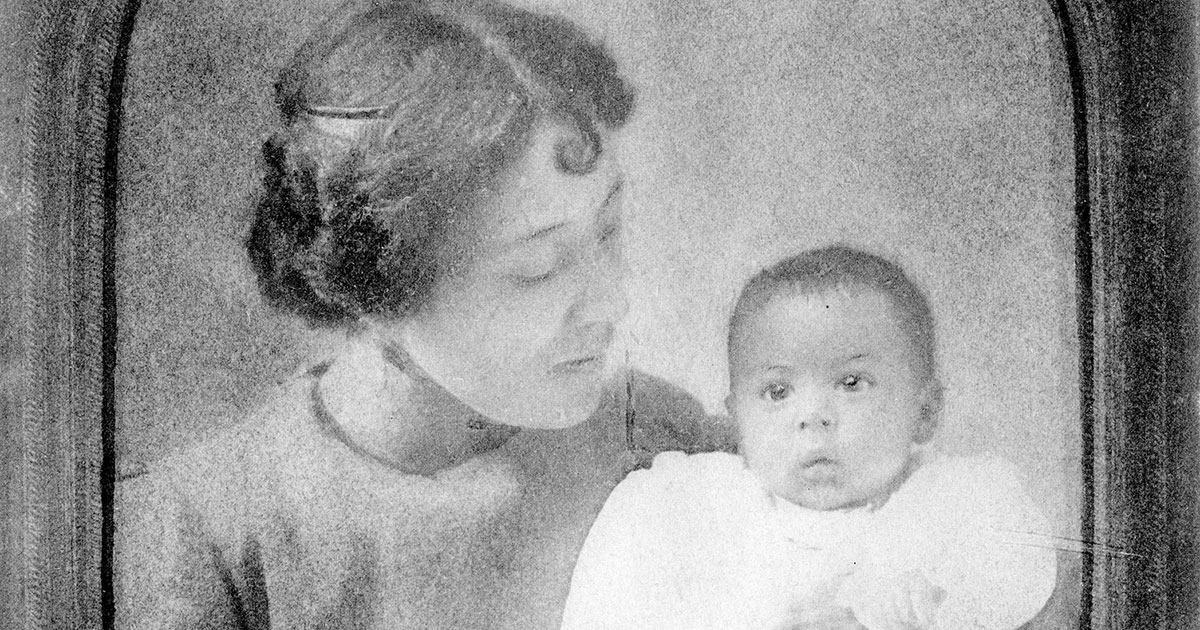 John Edgar Tidwell, KU professor emeritus of English, and Carmaletta Williams, a KU alumna who is now chief executive officer of Kansas City’s Black Archives of Mid-America, wrote a chapter titled “Love at a Distance in Selected Letters by Langston and Carrie Hughes.” In the new work, they chose to deepen their exploration of a topic undervalued and little explored by most scholars: Langston’s strained relationship with his mother and how it affected his life and writing.

The mother-son dynamic was one of the subjects of their 2013 co-edited book, “My Dear Boy: Carrie Hughes's Letters to Langston Hughes, 1926–1938” (University of Georgia Press). Tidwell said the co-editors of “Hughes in Context,” Vanderbilt University professors Vera Kutzinski and Anthony Reed, “were intrigued by our proposition that the emotional and physical distance separating these family members deeply affected Langston. They were also taken with the analytical method we used to conduct our inquiry: psychiatrist Murray Bowen’s family systems theory.”

Tidwell said he and Williams took up the challenge laid down by Arnold Rampersad, author of the definitive, two-volume biography “The Life of Langston Hughes.”

“Rampersad had grown weary of conventional, almost formulaic representations of Black life histories,” Tidwell said. “To encourage new directions, he challenged scholars to think about their subjects in psychological terms. Thus, we responded to his call, although with a twist. The approach he used and implicitly advocated was Freudian in nature. Freud, however, was interested in looking at the makeup of the individual psyche. This pathway would not have served our purpose. A more fruitful approach, we decided, was to look at the individual in the context of the family structure itself, and therefore get a different, a more enhanced vision of what constituted the individual. For ‘Love at a Distance,’ we extrapolated some of the method we used in ‘My Dear Boy’ and delved into aspects of their relationship we did not previously cover.”

Carrie Hughes grew up in Kansas as “the belle of Black Lawrence,” Tidwell said. Her family, with deep roots in the abolitionist tradition, had respect in the community, but little money, he said. Her desire for a career in show business led to what Tidwell called her “wanderlust,” a peripatetic practice that caused young Langston emotional distress. Then her need for money further strained the relationship when her son was an adult.

“She developed a pattern of abandoning and reuniting with him,” Tidwell said. “Consequently, he was never able to bond with her in a healthy way. Her behavior led instead to her efforts to manipulate him into an emotionally dependent relationship. She tried to make him assume adult responsibilities in their relationship. Family systems theory, we felt, was the best model for explaining the nature of this pattern of practice.”

Hughes’ father, James Nathaniel Hughes, is not ignored in this chapter. Early in young Langston’s life, James Hughes moved to Mexico City to escape the persistence of Jim Crow racism that Black Americans experienced. In ruminating about the relationship with his parents, Tidwell said, “Langston was forced to conclude that his father was more stable than his mother. Unlike his mother, who moved frequently, his father stayed in place.”

Nevertheless, for Langston, Tidwell and Williams concluded, home was wherever Carrie ultimately landed. His quest to keep up with Carrie contributed to his own passion for travel, his own wanderlust. This need for movement is aptly captured in the title of his second autobiography: “I Wonder as I Wander.”

“Much of his life is defined in terms of movement,” Tidwell said. “It is not unrealistic to see his travels as an effort to flee from an unrequited relationship with his mother and from her constant importuning for him to provide for her as if he’s a surrogate husband. His movement away from her also reveals his quest for a maternal relationship that would nurture his own needs for a whole, functional family. In searching for family, Langston connected with many different people and experienced diverse cultural expressions. These experiences shaped and informed his conception of art. Unfortunately, they were gained at the expense of a meaningful familial relationship. And distance, both emotional and physical, impeded their ability to achieve a healthy mother and son bond.”