LAWRENCE — Engineering students at the University of Kansas have designed and built a prototype of a new bench for bus stops in the city of Lawrence. The project was part of a revamped leadership program for undergraduates in the School of Engineering, designed to give students hands-on design and project management experience on real-world projects. 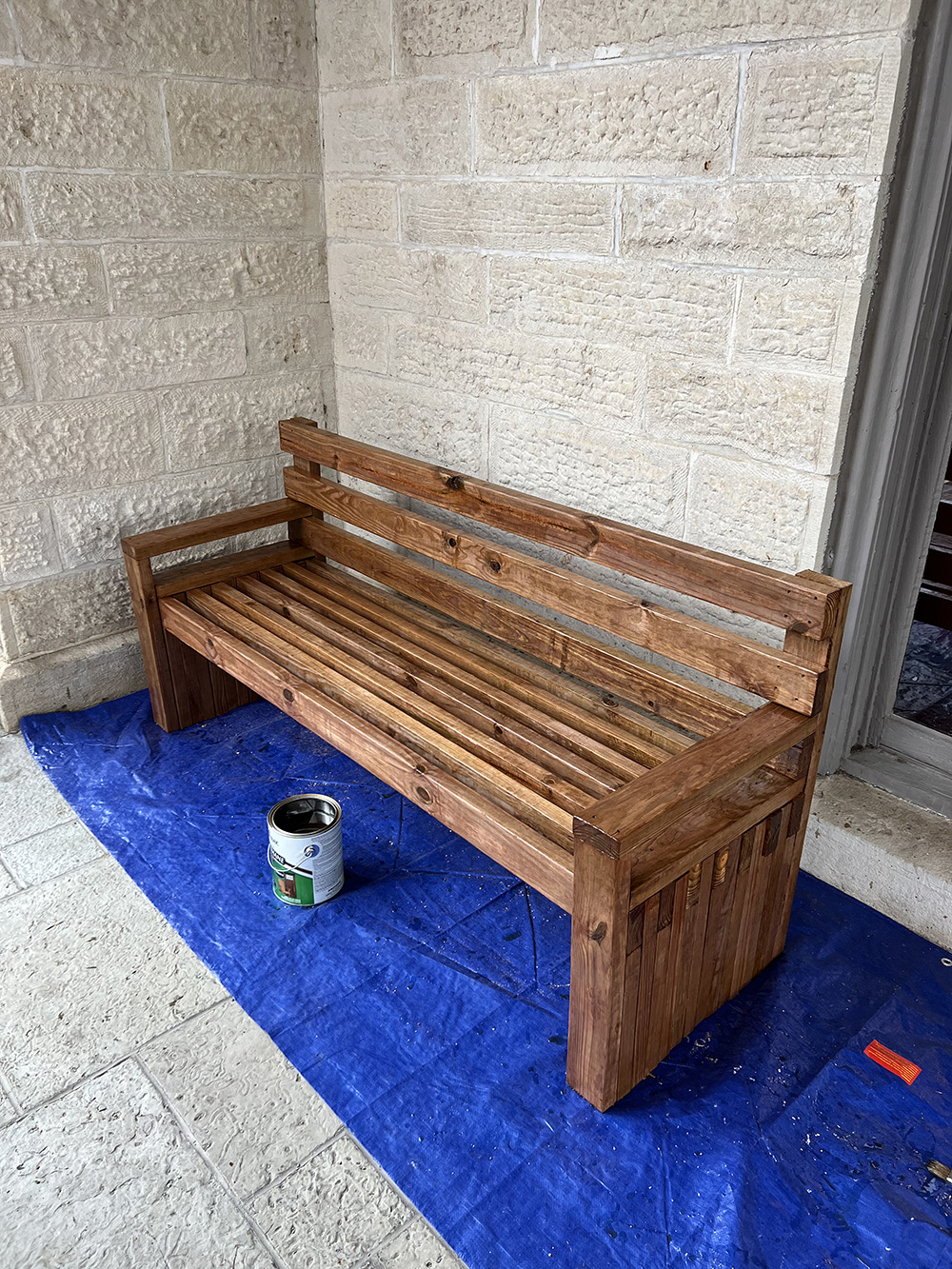 Community leadership is especially emphasized during the SELF fellows’ sophomore year. In the past, students utilized their entrepreneurial skills to raise funds for local nonprofit agencies.  However, in 2021-22, SELF Program Coordinator Gowri Nagarajan helped pivot the project to instead engage the fellows in unique training in project management. In addition to serving a local agency’s needs, SELF fellows use their community service project as an opportunity to hone their engineering and design expertise.

“It's always been a focus to develop leadership, to develop entrepreneurial and business skills,” said Paige Salas, a junior in civil engineering from Kansas City, Kansas, who led the bench design team. “With this academic term, I think we've been able to put that into practice while helping others.”

The city of Lawrence has provided transit service to its residents for two decades. But its bus stops have often been no-frills affairs — often a simple sign next to the street with no other accommodations provided. The benches that do exist are often ad hoc affairs, provided by neighborhood residents on their own initiative.

So when transit officials were approached by Nagarajan, they were ready to standardize the process a bit — looking to ensure the benches are sturdy, easy to build and compliant with the Americans with Disabilities Act. The SELF students produced a design that can be duplicated by those neighborhoods and private individuals, and they built a bench as proof of concept.

“Their criteria was very clear,” Nagarajan said of city transit officials. “They did not want us to build 180 bus benches across the Lawrence community. They wanted us to help them find the Ikea way of doing these benches.”

City officials said they were pleased with the final product.

“Not only did they build us a really functional, sturdy bench, they also documented the steps it takes to build that bench,” said Felice Lavergne, a transit planner for the city. “That really helps those groups build benches that we know will work for us, and they can be as creative as they want with paints or different touches like that. It's really a huge win for everyone.”

The transit system isn’t the only winner. SELF students worked on five community projects during the 2021-22 school year and are now working on another half-dozen projects during the current term — projects that range from designing, building and installing a “little library” and key fob system for Lawrence Public Library, to providing enrichment structures for cats at the Lawrence Humane Society.

“I will go and work with local community partners, and I'll tell them: ‘We have amazing engineers. Do you have any problems you're facing which you could delegate to us?’” Nagarajan said.

Students benefit from the projects not just by applying their engineering talents but by practicing project management skills. They meet with the agencies, learn about their needs and requirements for projects that range far beyond simple design considerations. The students on the bus project even took their proposal to the city's Public Transit Advisory Committee for an explanation.

“We did a lot of work on the engineering side, making sure that this was a safe bench for everybody to use, and mainly that it was ADA compliant so that everybody in the community could use it,” Salas said. But her team also “got to work on the more legal side of coming up with legal documents that we signed together. We walked through the project management side of everything and then even worked on something simple as budgeting. We spent a long time working on that.”

Salas also got to see the human effect of her work. “I think as an engineer, I learned how to be more inclusive with our design,” she said. “Our population in Lawrence is incredibly diverse, and so make sure to account for in our design all the populations that could be impacted. That was my biggest takeaway.”

City transit officials are working with a new group of students on another project, a sound-dampening system for the city’s noisy paratransit buses.

“I know they're sophomores, but they work at almost a professional level, so it's really nice. And they're learning how to work with clients,” Lavergne said. “That's really different than a lot of other potential groups that you can work with because they're so focused on those skills. It's been really outstanding to see the work that they can produce at this level.”

And that’s work that will give SELF fellows the chance to benefit the Lawrence community that is home to KU.

“The growth we have as engineers, as leaders and as members of this community is truly incredible,” Nagarajan said.

The Self Engineering Leadership Fellows (SELF) Program was established in 2007 as the result of a contribution to the KU Endowment Association from Madison "Al" and Lila Self. The Selfs' intention for the program is to identify and develop students who have a passion for engineering and possess a "fire in the belly" mentality.