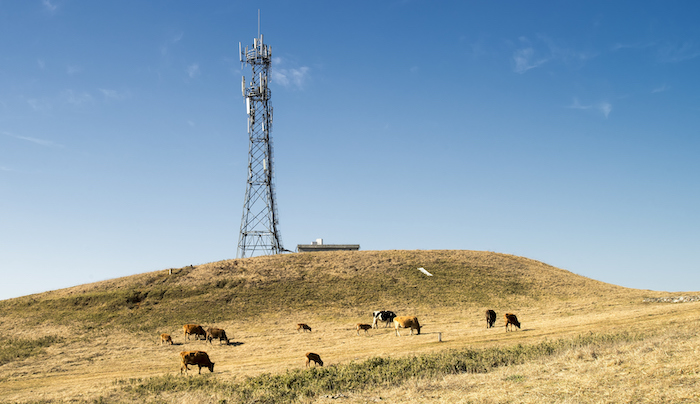 A new three-year, $1 million grant from the National Science Foundation will support a University of Kansas researcher’s work to improve the design of 5G connectivity and computing for rural areas — communities with unique network demands based around agricultural and community patterns of living and working.

It’s one of a trio of new NSF-funded projects to be headed by Taejoon Kim, assistant professor of electrical engineering & computer science and researcher at the Institute for Information Sciences (I2S) at KU. 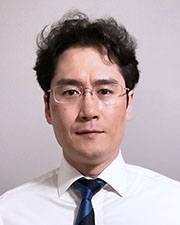 “The 5G network system was developed by companies with a profit motive,” Kim said. “Because of this economic incentive, all these 5G networks have been deployed in urban areas, but people living in rural areas still need to pay subscription for their cellphones, including for 5G service. But they haven’t benefited as much as people in urban areas — from the spread of information, the faster speeds, the ability to transfer large amounts of data that really transform our life at a different level.

“How can a company solve the problem in a way that allows them to produce more revenue?”

The KU researcher said a major hurdle in deploying 5G to rural communities has been “nonuniformity” in the spatial distribution of people as well as the demand for data on the network over time.

“In a city, the population is spread out in a way that is mostly uniform, but in rural areas you have a cluster of population there, another cluster there — that’s spatial nonuniformity,” Kim said.

Then there are needs of agriculture. Automated machinery, like combines controlled by GPS, are performing high-level computation and require a lot of communication.

“A huge amount of data must go to the cell tower and then the core network,” Kim said.

“They’ll also want to collect all those data to get statistics,” he said. “But this heavy data use only happens during harvesting time. That's temporal nonuniformity.”

Kim and his team – KU EECS assistant professor Morteza Hashemi and collaborators from Purdue University – plan to streamline design of rural connectivity and computing, partnering with California-based commercial firm Blue Danube to run tests on a massive multiple-input multiple-output (MIMO) platform — an advanced antenna technology for wireless communications. Kim and his colleagues will use machine learning to understand how 5G can be better deployed to meet rural spatial and temporal demands.

“What’s the main technological approach or hardware or software that will be different in a rural area than in urban areas?” Kim said. “Artificial intelligence can learn this complicated and nonuniform behavior.”

The group will explore using AI to learn uniform and nonuniform behaviors and will seek approaches tailored for rural areas. Kim said one idea is to focus 5G signals more like a beam at specific communities and agricultural operations rather than providing coverage throughout vast, mostly unpopulated regions to get service to a town or two.

“Because it's nonuniform, it’s more efficient if we focus the energy to a specific direction,” Kim said.

In addition to re-imagining rural access to 5G, two additional NSF awards to Kim will enable him to harden commercial 5G networks for U.S. government, military and infrastructure operator use and develop technology for sixth-generation (6G) wireless technology.

Kim is the principal investigator for a yearlong $750,000 phase one award from the NSF’s Convergence Accelerator program to assist the Department of Defense with enhancements to end devices and augmentations to 5G infrastructure, providing capabilities to U.S. military, government and infrastructure operators to operate through public 5G networks while meeting security and resilience needs.

“The key motivation for this project is the pursuit of ‘Zero Trust’ principles (an approach to designing information technology requiring all devices on a network to be verified) to combat design weaknesses of 5G networks, so we’ll integrate various security solutions to increase the level of trust of 5G,” Kim said.

Kim said 5G can provide orders of magnitude improvement in speed, connectivity and latency reduction. However, this improvement hasn’t come from work within the millimeter wave, part of the electromagnetic spectrum that has had limited research success in the U.S. Rather, a boost in network throughput has come from acquisition of new frequency bands and advances in massive MIMO technologies.

“We must still be looking into using the neighborhood around 5 gigahertz — still microwave, but using a different architectural network,” Kim said.

The current cellphone network is based on all the cellphone towers designed to serve the user within that cell.

“There's a new concept of ‘cell-free MIMO’ involves removing all the cell boundaries, but we’d have a very strong central unit that controls a massive number of distributed base stations as access points,” Kim said.

He said this work also would encompass cybersecurity aspects, strengthening the resilience of AI algorithms and architecture, as well as cloud radio access networks.

Photo: A University of Kansas researcher’s work will improve the design of 5G connectivity and computing for rural areas, communities with unique network demands based around agricultural and community patterns of living and working. Credit: iStock.com.

Photo: Taejoon Kim is the principal investigator for a yearlong $750,000 phase one award from the NSF’s Convergence Accelerator program to assist the Department of Defense with enhancements to end devices and augmentations to 5G infrastructure, providing capabilities to U.S. military, government and infrastructure operators to operate through public 5G networks while meeting security and resilience needs.