LAWRENCE – The continuing relevance of the 1955 Emmett Till murder case to the issue of achieving equal rights for African Americans sometimes surprises even those who know it best. 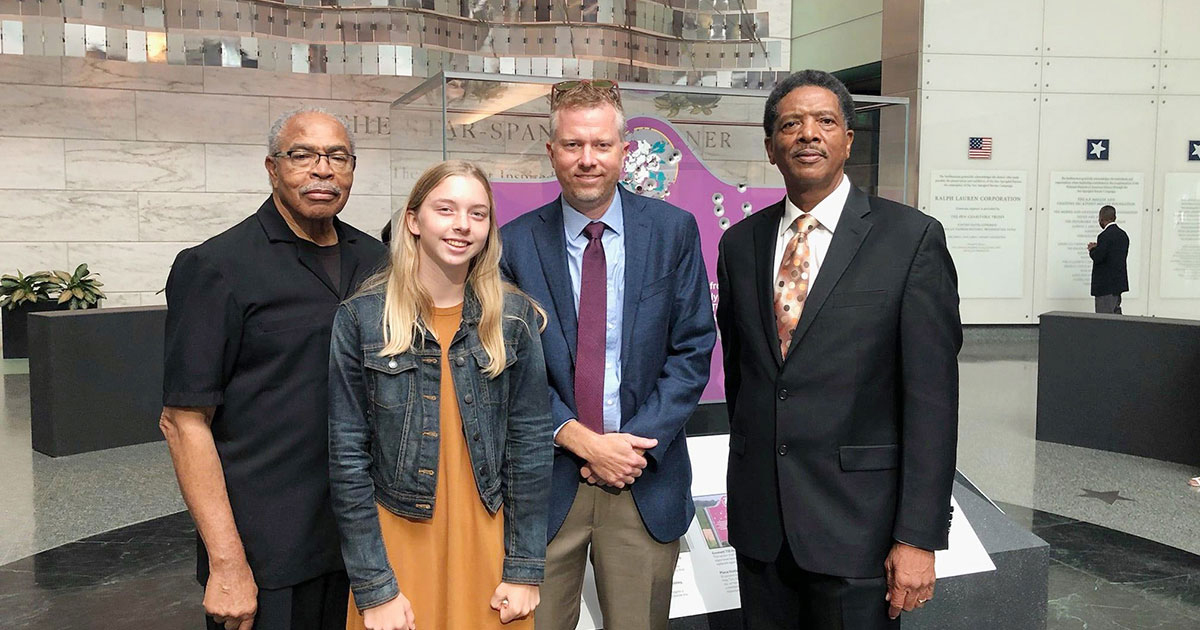 For Dave Tell, University of Kansas professor of communication studies, his expertise in the commemoration of the infamous lynching continues to be called upon by documentarians and other historians. He is a consultant to the new exhibition, “Emmett Till & Mamie Till-Mobley: Let the World See,” opening Sept. 17 at the Children’s Museum of Indianapolis.

“I published the book 'Remembering Emmett Till' in 2019, and I kind of wondered if I would be done going to Mississippi,” Tell said. “But with the exception of some COVID pauses, I hardly slowed down. I find myself invited and going to Mississippi more than I ever did. I was just there, and I'm going back in two weeks to help the NBC affiliate in Chicago create its third Emmett Till documentary.”

After its initial display in Indianapolis, the new exhibit will travel across the country, including to Birmingham Civil Rights Institute in Alabama and the Martin Luther King Jr. Memorial Library in Washington, D.C. Its centerpiece is one of the vandalized signs that was erected at the spot where the teenage Till’s ravaged body was pulled from the Tallahatchie River following his abduction and murder by white men in retribution for allegedly having whistled at a white woman at a grocery store in Money, Miss.

Till, who lived in Chicago, was in the South visiting relatives at the time of his murder.

The exhibit concentrates on the nation-shaking impact of the decision by Till’s mother, Mamie Till-Mobley, to hold an open-casket funeral for her son and to allow photographs of the gruesome results of the racist attack to be published.

Tell has worked alongside curators, community members and the Till family to craft the exhibit.

“It is incredible,” Tell said. “It is technologically cutting-edge, it is powerful and it will captivate audiences, young and old. The exhibit tells the story not just of the Till murder, but about how the community in Mississippi worked in concert with the family in Chicago to preserve the story.

"That's why the centerpiece of the exhibit — the central artifact — is the shot-up sign that was erected in 2008 and subsequently filled with 317 bullet holes. They're trying to stress that the Emmett Till tragedy can't be confined to 1955. And so by putting up the sign that was vandalized in the 21st century, it is their way of pulling the story forward. It's their chance to tell the story, not just of the Till tragedy, but of the community that rallied.”

When asked exactly which sign is in the exhibition, Tell gave a rundown of the dramatic history of the roadside marker at the site where Till’s body was pulled from the water.

“That sign was first erected in the spring of 2008,” Tell said. “It was stolen, thrown in the river and never recovered. It was replaced in the fall of 2008, and it stood there for eight years and accumulated 317 bullet holes. We counted them. It was taken down in 2016, and, eventually, in 2021, was displayed in the Smithsonian’s National Museum of American History.

Image: Dave Tell (third from left) at the Smithsonian Institution in 2021 with (from left), Emmett Till’s cousin the Rev. Wheeler Parker Jr.; Tell’s daughter, Ashlyn; and the Rev. Willie Williams, co-chair of the Emmett Till Interpretive Center in Mississippi.