LAWRENCE — Bozenna Pasik-Duncan, professor of mathematics at the University of Kansas, has been recognized with two awards from the International Federation of Automatic Control (IFAC). 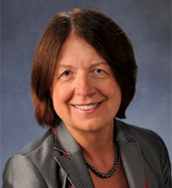 Pasik-Duncan received the IFAC Control Education Life Time Achievement Award for her influence on the control community promoting the interests of young people, active support of women in control, outreach to pre-college STEM students worldwide and for numerous activities raising the profile of control education in IFAC. The award was presented in July at the IFAC Symposium on Advances in Control Education 2022 in Hamburg, Germany.

Pasik-Duncan will be presented the first IFAC Foundation Diversity and Inclusion Award for her enthusiastic and unwavering leadership in promoting diversity and inclusion and for inspiring and supporting women and young people within IFAC and beyond. This award will be presented at the IFAC World Congress held in Yokohama, Japan, in July 2023. This new award is to be given triennially, to an individual or a team that has made outstanding contributions to the scientific promotion and/or the advancement of diversity and inclusion within IFAC.

Pasik-Duncan, who is also a KU courtesy professor of aerospace engineering and electrical engineering & computer science, is a fellow of IFAC and has served the organization in several capacities. Most recently, she was the elected chair of the IFAC Task Force for Diversity & Inclusion. She has served on the IFAC Technical Board for many years beginning in 2014 and as general chair/invited panelist of symposiums, education liaison and member of editorial boards. She received the IFAC Outstanding Service Award in 2017.

IFAC, founded in September 1957, is a multinational federation of national member organizations, each one representing the engineering and scientific societies concerned with automatic control in its own country.