LAWRENCE — Elizabeth Holmes, the former CEO of Theranos, was famously suspected to have lowered her voice in an attempt to add more credibility to her billionaire con game. But did this low voice actually hurt her or help her in the business world?

A new study reveals the effect of pitch quality of CEO voices may rest entirely on gender. 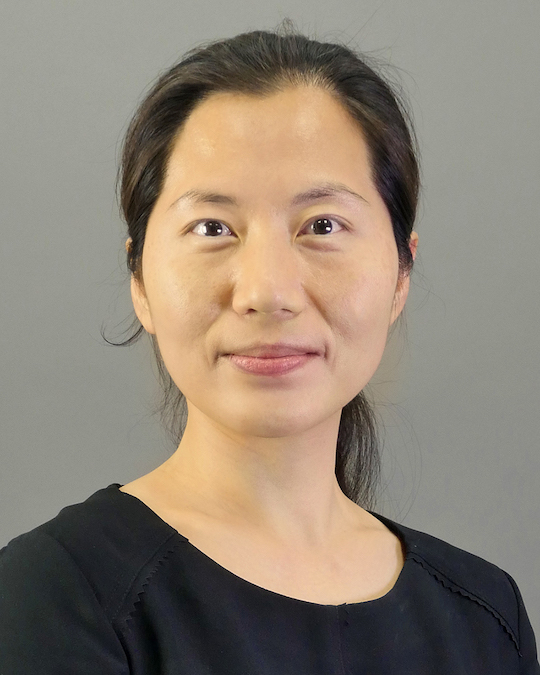 “The thing that I can say to Elizabeth Holmes or any female leader is you don’t have to do that … because it’s not going to work as much as you like. It doesn’t help your integrity. And not just because it’s inauthentic,” said Midam Kim, lecturer and research associate at the University of Kansas School of Business.

Her paper titled “Think Leader, Think Deep Voice? CEO Voice Pitch and Gender” examines how low voice pitch is known to be an auditory cue for leader dominance and thus preferred by followers in various fields, mostly with male leader voices. But Kim’s research shows that gender moderates this relationship, with the pitch effect becoming weaker when leaders are female. It was presented at this year’s annual meeting of Academy of Management, where it was nominated for the Phillips and Nadkarni Award for Best Paper on Diversity and Cognition.

The reason low pitch is not perceived the same when coming from both genders, according to Kim, has to do with leadership perceptions.

To examine how male and female CEOs’ vocal pitch influenced followers’ perception of their trustworthiness, the researchers created a forced-choice lab study where nearly 200 respondents selected the most trustworthy-sounding CEO among multiple options. These speech samples were acoustically altered to offer three levels of voice pitch to compare: low, original and high. Converse to male CEOs, the results showed that for women CEOs who lowered their own voice pitch, their trustworthiness perception did not get boosted as much.

“We can assume why people would perceive a low voice to be dominant,” Kim said.

“Evolutionary psychologists argue that, a long time ago in the tribal era, you might have had to be physically strong to be a leader so that the survival rate of your tribe can be higher. You have to be able to fight physically. The bigger you are as a leader, the better, right? And there’s this universal physical principle that bigger objects would make lower sounds. But it’s actually not true for people. Because you might have seen countertenors who are really tall. In human physiology, your body size and the average rate your vocal cords can vibrate are not automatically correlated. The important point is that, still, people tend to expect a lower voice from a larger human body.”

But do all cultures view a deeper male voice as preferable?

“There can be a debate about whether this is universal,” she said. “Is it universal in all countries? All cultures? All environments? We don’t know. But I’m from South Korea, and I don’t think this applies only to Western culture.”

Kim said that the foundational theory she used for this study is “implicit leadership theory.”

“Leadership is determined by the perception of the followers, not necessarily the leaders themselves,” she said. “That attribution will be built by the followers’ own expectations, experiences and learning. So, of course, followers in Germany will be totally different from those in China or from the U.S. because their experiences are different.”

Having earned a doctorate in linguistics, Kim bridges linguistics and management in her research. She first began teaching at KU’s Department of Linguistics in 2012 and has been at the business school since 2015.

“Everyone thinks a lower voice will work for leadership perception. My results say that it’s not true,” Kim said.

“You might think that our world is getting more diverse, and we’re completely paying attention to diversity in the world and in our leaders. This is also not always true, even in the academic field,” she said. “Research on diversity is still limited because there are many things to theoretically consider and implement.”