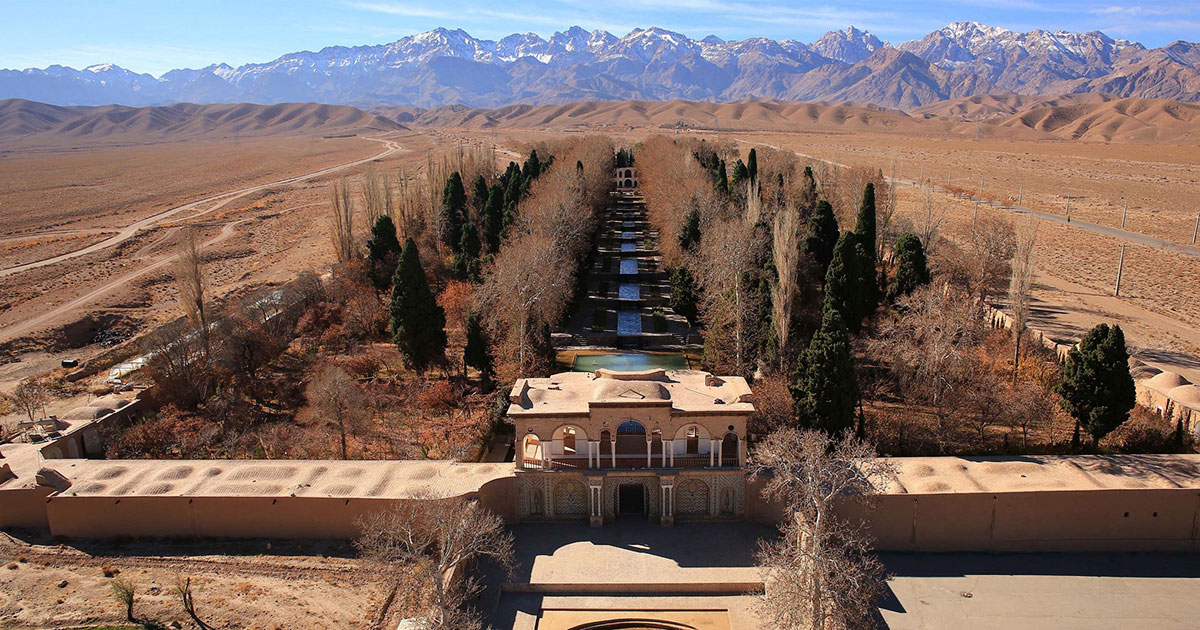 LAWRENCE – Since her days as an architecture student when she first encountered them, Nilou Vakil has been fascinated by the ancient underground aqueducts that make the harsh Iranian desert bloom.

The Persian qanat system is the subject of a chapter by the University of Kansas associate professor of architecture in a new book, "The Routledge Handbook of Cultural Landscape Heritage in The Asia-Pacific.”

The book was co-edited and co-written by Vakil’s colleague Kapila Silva, professor of architecture. 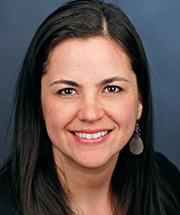 Vakil said qanats are an archetypal example of a cultural landscape, as defined by United Nations Educational, Scientific and Cultural Organization since the 1990s – significant, deeply rooted built environments that may not rise high above the ground but which are uniquely worthy of preservation. UNESCO listed the Persian Qanat as a World Heritage Site in 2016.

Vakil said this type of canal system “spans a lot further than the ancient Persian region. It started from that region, but it goes from Spain all the way to parts of China.”

It is well-known in Middle Eastern desert environments, Vakil said, but not so much outside there.

Vakil said she wanted to bring knowledge of the qanat’s exquisite engineering, communal achievements and traditional methods of construction to a wider audience with her contribution to the new book. Essentially, qanats are networks of underground tubes that use gravity to convey groundwater far from their subterranean hillside sources. The ones in Iran date back as many as 3,000 years.

“I think the future challenge of our world is water,” Vakil said. 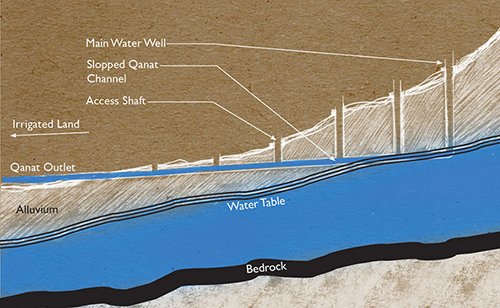 The qanat system, she said, offers a model of a complex cooperative, in which differing tribes work together for mutual benefit. Qanats could even provide the basis for future ecologically motivated tourism, Vakil wrote in the chapter's conclusion.

“I was very interested in how communities come together — which is really the basis of my research, whether it's in education or elsewhere — to do something that is bigger than them,” Vakil said. “Historically, you have several tribes of people coming together to create this huge infrastructure that their livelihood depends upon. So they were protected.”

The oases and irrigated fields at the outlets of gently sloping qanat tubes serve as sustenance and communal gathering places, according to Vakil. She said she believed the specialized tools and knowledge that generations of tunnel builders known as muqannis have used to create qanats deserve preservation.

Vakil cited several sources written in Farsi in her footnotes.

“I ended up buying a lot of books, and people have gifted me a lot of books on the subject,” Vakil said. “I was lucky enough to have a good collection published in my own language, so it was interesting to be able to read and translate them.”

Hundreds, perhaps thousands, of qanat systems were built across the ancient Persian region, Vakil said, but only a few remain intact and operating. But even qanats that have dried up due to modern drilling and pumping of their source groundwater can have value, Vakil wrote.

“The ones that are not functioning can create educational sites, in addition to just tourism,” Vakil said. “It's not recommended for groups of people to go into a functioning water-distribution system because they can pollute the water. But if there are empty qanats, there is a way to preserve them for exploration. That's also one of the pieces of the puzzle. What do you do with these sites next? Do you have a strategy to make them part of the historic preservation … the heritage of the country?”

Much like the monumental Iranian UNESCO World Heritage site Persepolis draws tourists from around the world, Vakil said, “There's a beauty in the desert that could also be explored.”