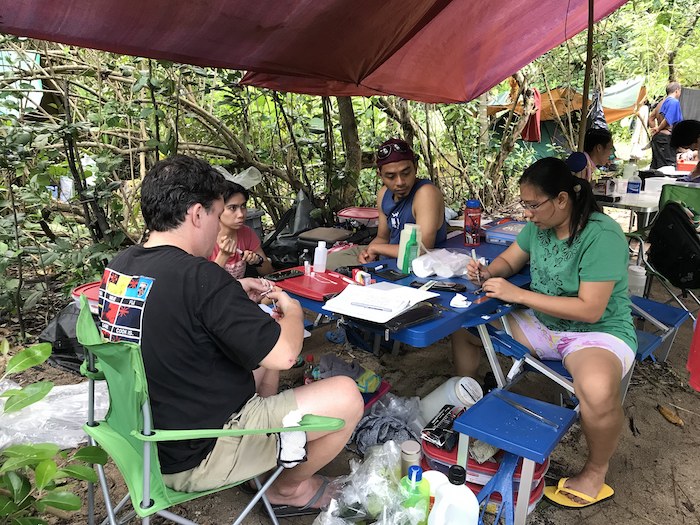 LAWRENCE — For hundreds of years, teams of biologists have carried out fieldwork around the globe, often trekking to remote places to collect specimens and data about our natural world. Today, such work can demand collaboration between large international teams of biologists, extensive permitting with authorities, interaction with local communities and research plans often led by one or two senior investigators.

Too often, these factors can result in power imbalances between researchers and local communities where fieldwork takes place. Moreover, inequities based on race, gender, sexual orientation and seniority can develop within the teams of researchers themselves.

Now, a new paper appearing in the Proceedings of the National Academy of Sciences lays out a set of principles for biological fieldwork designed to lessen inequities between researchers and local populations, as well as internally among research teams themselves. Many “best practices” in the paper are adapted from procedures for permitting and licensing developed over years at the University of Kansas Biodiversity Institute and Natural History Museum.

“When I was invited by colleagues at Berkeley to be part of this conversation, I was really happy to contribute,” said co-author Rafe Brown, curator-in-charge of the Herpetology Division at KU’s Biodiversity Institute. “After more than 30 years of working in the Philippines, I had lots of experience in managing groups of people working together in the field. I'd seen a lot of things work out well, and a lot of things work out so-so, where we needed some improvement in the way we interact, as groups of people, working often in remote and stressful field conditions. I’ve seen some real trainwrecks of group psychology during fieldwork — and things that just struck me as potentially dangerous. I never had any real disasters myself, but I saw some risky and even scary behavior, and heard a lot of stories over the years, in my early career, and in grad school.” 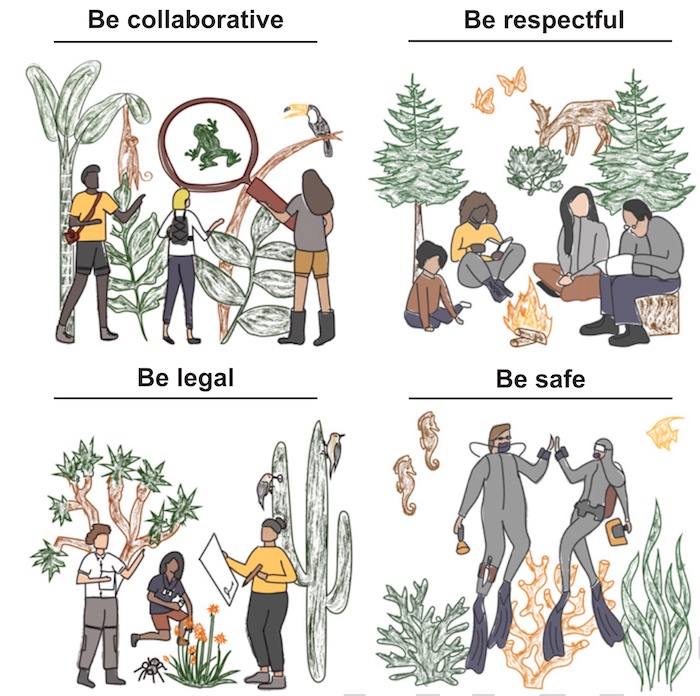 KU’s Biodiversity Institute is seen as a leader in collaborating with local authorities and populations to make sure biological fieldwork is ethical, legal and safe — in part because of its extensive checklists and procedures for permitting and licensing. Supplemental documents to the PNAS paper — a Field Safety Plan Template and a Scientific Permit Checklist – are adapted in part from KU’s procedures.

“I’d like to see these shared widely and adopted by institutions around the world as a foundation for fieldwork planning,” said Lori Schlenker, assistant director of collections and facilities at the Biodiversity Institute. “We’re committed to participating in safe and legal fieldwork and training the next generation of students to be able to lead their own programs and mentor their own students in these practices when they graduate from KU. We’ve been building on our experiences — good and bad — and have developed procedures so that prior to departure, permits are in place and researchers have considered how they will collect, export and import research specimens safely, legally and ethically. This ensures that resources are not expended on specimens that we cannot legally accession into our collections. Most importantly, the safety of all field team members is critical. Applying the experience of our BI researchers, and with guidance from KU, emphasis is placed on communication and transparency as part of the fieldwork planning process.”

Much of this to hone the way KU biologists tackle permitting and interacting with local authorities and communities has taken place in the Philippines, where Biodiversity Institute personnel strive for locally inclusive fieldwork.

"Our 15-year, multi-institutional collaboration with KU has resulted the traditional products and outputs — like students trained, papers published, grants obtained — but it has also profited from many deep discussions and steps taken, to correct the past landscape of exclusively foreigner-led, expeditionary fieldwork,” said co-author Tess Sanguila of Father Saturnino Urios University in the Philippines. “Additionally, here within the country, our own scientific community often only considers and prioritizes the contributions and inputs from the so-called experts in the capital city over those of the researchers from the provinces in the southern Philippines, who are stereotyped as being of inferior expertise. This paper provides a simplified and practical starting point, from which we hope to establish a solution to this whole imbalanced culture, and from which we fundamentally advocate to ‘support local’ for more inclusive and invigorated long-term collaborations of the future."

Lead author Valeria Ramírez Castañeda, doctoral student in integrative biology at the University of California, Berkeley, said her own time conducting biological fieldwork in the Amazon inspired her work on the paper.

“My own personal experience comes from the Global South,” Castañeda said. “I’m Colombian, and my focus was in particular on how we interact with local communities when conducting fieldwork. My research in biology takes place in the Colombian Amazon, where I work with predator-prey interactions between snakes and frogs. The local community — biologists, drivers, field assistants, among others — sustain and inform my work there. However, are we scientists reciprocal when it comes to thinking about benefits and acknowledgments for the community? I’ve been trying to change or at least acknowledge practices that exclude the local communities from research. I was born in the biggest city in Colombia — Bogotá — so I was an uninvited guest in the Amazon territory. I’ve been trying to get to know the community where I work, ask for consent for every procedure, explain my research, collaborate with biologists and field assistants from indigenous and local communities, and participate in community-science projects.”

In addition to working with local populations and authorities, the new paper offers recommendations to alleviate power asymmetries that can plague fieldwork teams internally.

“With all the recent civil unrest in the U.S. and the existing inequities that have been exacerbated by the pandemic, it’s a good time to reevaluate how we do things in our profession because people are listening and reflecting,” said Rebecca Tarvin, assistant professor of integrative biology at the University of California, Berkeley. “Personally, I’ve wanted to think more deeply about field biology for some time. I didn’t receive any formal training on how to do collaborative science involving fieldwork and I think this is largely true for others in field biology. The way people conduct fieldwork thus often depends on the norms and culture of their lab and on the default approaches to doing science. However, doing equitable science takes intentional planning, and many default approaches are not equitable. That’s why we wanted to provide some general guidelines that can help anyone proactively plan more equitable research programs.”

“Having diverse groups doing fieldwork in a way that is fair, open and collaborative with the people living where we work has the further benefit of including everyone in conducting, communicating and benefiting from science,” she said.