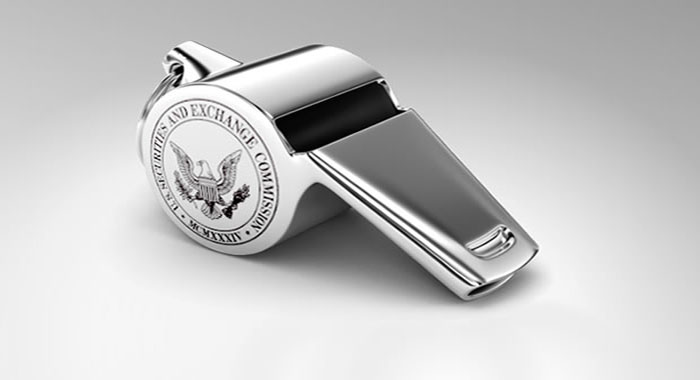 LAWRENCE — The federal government is relying more than ever on whistleblowers to sniff out corporate fraud and misconduct. According to a new study from the University of Kansas, the government programs that pay “bounties” to whistleblowers who come forward have, themselves, been hampered by mismanagement, cronyism and abuse.

Alexander Platt, associate professor of law, spent the better part of two years battling the Securities and Exchange Commission and Commodity Futures Trading Commission over a series of Freedom of Information Act requests for information about the whistleblower programs. When he finally prevailed, he quickly saw what the agencies might have been trying to cover up. Among other findings presented in his study, Platt shows that the CFTC has awarded nearly two-thirds of all money to tipsters represented by a single law firm and the SEC had disproportionately favored tipsters represented by former SEC officials.

“These are extremely secretive programs,” Platt said. “The agencies have to preserve anonymity for whistleblowers, many of whom still work for companies they’re reporting on. The problem is, the agencies have invoked this justification as an excuse to also hide embarrassing or controversial information about the programs' operations.”

A summary of Platt’s findings was recently published on the Columbia Law School Blue Sky Blog. The full study, entitled “The Whistleblower Industrial Complex,” is available on SSRN.

Since Congress created the whistleblower programs in the wake of the financial crisis of 2008, a defining challenge for the agencies administering them has been triaging the avalanche of tips coming in the door. In 2021, for instance, the SEC received nearly 50 tips every workday while employing just a few dozen staffers to sift through them.

Platt argues that the agencies have solved this mismatch by effectively outsourcing the tip-triage function to the private whistleblower bar – especially the concentrated group of well-connected, repeat player lawyers whom, he found, have been dominating both programs.

“Private lawyers have likely extracted hundreds of millions of dollars in fees and expenses from these programs,” Platt wrote, adding that “Unlike traditional plaintiffs’ side securities attorneys and attorneys who represent clients seeking government payments in many other contexts, private whistleblower lawyers operate free from virtually all public accountability, transparency or regulation.”

Platt pays particular attention to the role of the revolving door. About one-quarter of dollars awarded by the SEC have gone to clients of lawyers who formerly worked for the agency. Platt estimates that means as much as $70 million has been paid by the SEC to its own alumni.

“It’s a very small number of lawyers who show up again and again, representing clients who get pay outs,” Platt said.

Platt warns that these important government programs may have been captured by this concentrated group of attorneys, and he makes recommendations to ensure that these programs are operating in the public interest. Expanded transparency and oversight of the private attorneys could ensure a more sustainable, accountable and efficient whistleblower program, he wrote.

“If good cases are being left out, that means the program isn’t working. Would these programs prevent another Madoff scheme today? We don’t know,” Platt said. “Today, whistleblower programs are a bit of a free-for-all when it comes to the attorneys involved. That’s a policy choice that was made at the outset of these programs. Ten years in, I think it’s time to tighten the reins a bit. These are good programs that could be, and should be, better.”