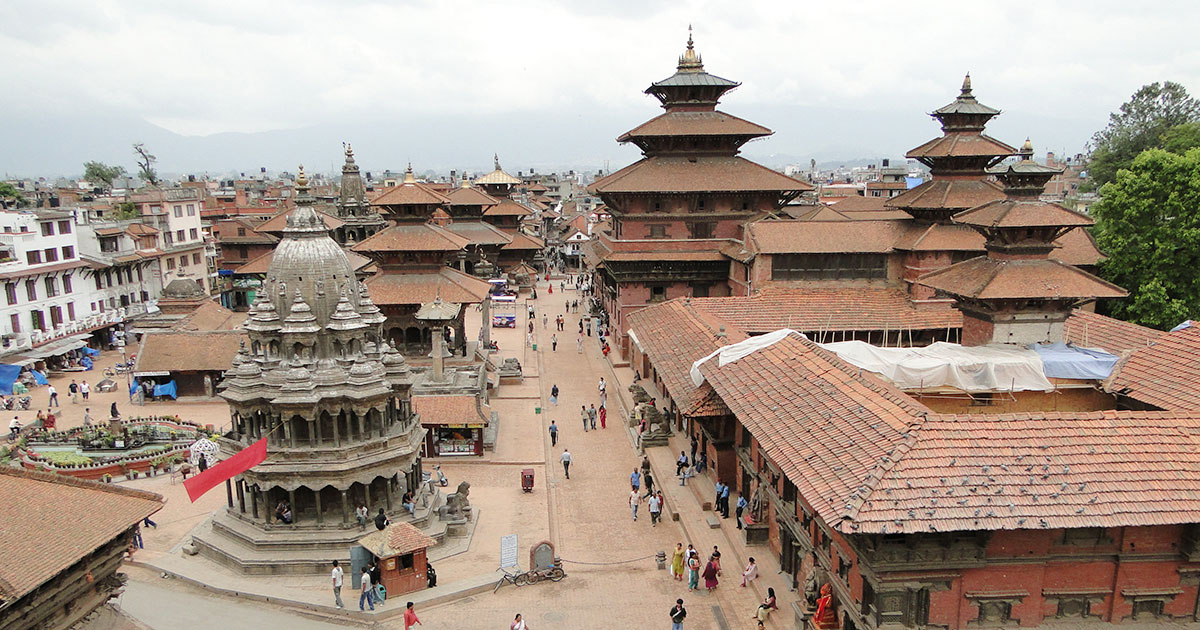 That is the bottom line of the wide-ranging new book co-edited by the University of Kansas professor of architecture, titled “The Routledge Handbook of Cultural Landscape Heritage in The Asia-Pacific.”

The book’s introduction, written by Silva and his Australian heritage expert co-editors/writers Ken Taylor and David S. Jones, traces the “cultural landscape” movement back to a 1972 UNESCO Convention that established the concept of World Heritage Sites.

Silva said the latter approach recognizes “those environments that may not have a monumental type of architecture. They're more vernacular, large-scale historic environments where nature and culture come together to establish a place for particular society. Those are important places of heritage for people, expressing their culture multidimensionally. The introduction of the notion of cultural landscape made a paradigm shift in the heritage conservation across the world, helped to move away from Euro-centric ways of thinking about cultural heritage, assisted in overcoming the compartmentalization of heritage into different types and facilitated the recognition of many historic environments in the Asia-Pacific as unique expressions of their cultures and, therefore, worthy of conservation.”

The editors set the stage for 30 chapters by 38 different authors/co-authors, including Silva, that explore how the guidelines set out in UNESCO’s foundational documents have played out across the Asia-Pacific region in the last three decades.

There are case studies, for example:

Each of these is an example of a cultural landscape and of this specific approach to heritage, in which preservationists sought to move beyond a frankly Eurocentric focus on preserving monuments (e.g., castles) and to consider instead how significant structures were integrated into the land and best preserved by their connection to the people living thereabout.

In his chapter, Silva wrote about how the cultural landscape approach could be instrumental in establishing clear nexus between the tangible cultural heritage (artifacts, buildings and settlements) and the intangible cultural expressions (cultural practices, belief systems, arts and crafts) in historic cities in the Asian context. He talks about the concept of “city as mandala," as seen in the Nepalese city Bhaktapur, as an example in which belief systems organize the physical settlements and cultural practices cyclically enact the embedded or hidden spatial and societal order.

There, he wrote, “it is possible to identify smaller spatial settings with aniconic shrines (stone markers and flagstones), minor shrines, votive stūpas, and stone mandalas (small, ornamented octagonal stone structures, representing different mandalas) associated with a pantheon of myriad deities, along with wayside resting places, performing stages, street markets and the like. Ordinary daily life in the neighborhood unfolds in these settings.”

He said, “The idea of the mandala is that laying on the landscape is a kind of a belief system, and people put certain markers, boundaries, borders and things like that to organize the settlement. Sometimes you can see them, and sometimes you cannot see them, but that idea of the border or the marker is in people's heads, and that understanding is observable from their activities, both ordinary and extraordinary, in the place. The cultural landscape approach helps us to see this ‘space-meaning-activity-time’ interaction in an environment, and then to figure out ways to safeguard these cultural expressions in a more holistic manner.”

This is not to say that the cultural landscape approach is without flaws or challenges. One of the contributors to the new handbook even writes that it is time to revisit some of the approaches that preceded the 1972 convention. But on balance, Silva said, it has been a success.

“Whether the local communities always understand the conservation of their cultural heritage that way, I'm not sure,” he said. “But at least the professionals who are responsible of taking care of cultural and/or natural heritage should … they are developing an understanding that we can't isolate a building and simply look at it as something to be preserved. This is part of a larger system of cultural expressions. Thus, we need to have that broad understanding that the cultural landscape approach affords when we are working on heritage conservation.”