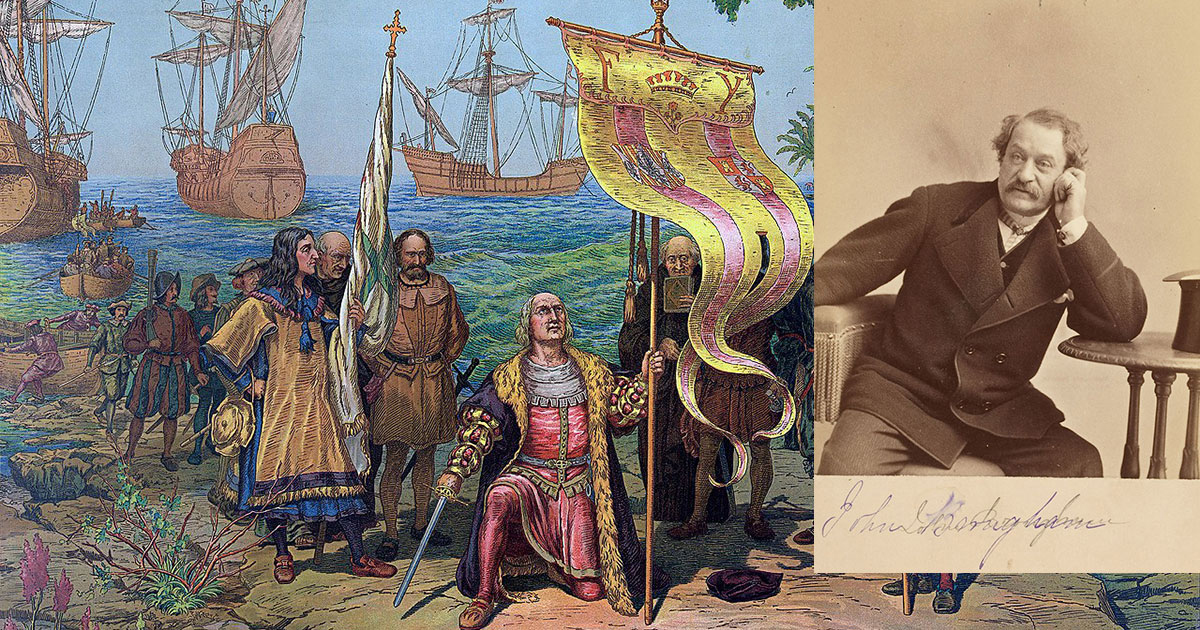 LAWRENCE – It’s an overstatement to say that the current movement to topple statues of Christopher Columbus and end Columbus Day celebrations began with John Brougham’s “Columbus” burlesque of 1857-1876.

But a new, critical, online edition of the play’s fluid text calls it an early and thus an important example of American literature criticizing Columbus’ colonial crimes. 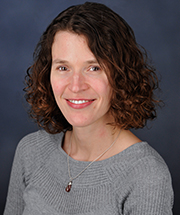 What is termed a “microedition” of “John Brougham’s Columbus Burlesque” has been published in the latest edition of the journal Scholarly Editing. Laura Mielke, Dean’s Professor of English at the University of Kansas, co-edited the microedition with former KU doctoral student Rachel Linnea Brown, now a professor at Marian University-Indianapolis.

In addition to an introduction that places the play(s) in historical context, the microedition contains both the original 1857 text under one tab and the never-before-published 1865 “promptbook” text of the play’s post-Civil War revised edition under another tab. A third tab, called the synoptic edition, compares the two versions side by side.

With its cross-outs, marginal notes and sketches, the promptbook was designed to be used by a director or stage manager. In addition to click-to-expand photos of the original book, color-coded footnotes explode off the pages of the edited texts to offer definitions (e.g, Keystonia is the feminine representation of Pennsylvania, aka the Keystone State) and other bits of historical context.

The original play was titled “Columbus, El Filibustero!,” but after the Civil War, Brougham revised it and used the title “Columbus Reconstructed.” He performed the title role of Columbus.

“When John Brougham was writing, 'filibustero' was the name used to describe white American men that were heading to Central and South America with paramilitary groups and fomenting coups,” Mielke said. “It was an era of U.S. imperialism, and sometimes that took a private form with these soldiers of fortune. What is so funny — not ha-ha funny, but biting satirically — is that for Brougham to call Columbus a filibustero is to indicate that the discoverer of the New World — in air quotes — was no different from these men who were going off in the interest of personal gain and U.S. politics and trying to take control of other people's countries.”

Although he is largely forgotten today, Brougham was a prolific, Irish-born satirist, actor and theatre manager who was active both before and after the Civil War. While she was becoming an expert on the ways that 19th century politics were reflected in the American theatre, Mielke said, she kept running into Brougham.

“In my first book, I wrote a chapter on what scholars have called Indian dramas — plays about Native American and European American contact that were very popular in the 19th century, especially in those decades surrounding the removal or expulsion of Indigenous peoples from the eastern United States,” Mielke said. “Theatregoers loved to see these plays about tragic Native American heroes and heroines, and John Brougham wrote the two most popular satires of those plays. If he is remembered today, in scholarship or theatrical practice, it's for those satires.”

“You can hear in the titles the way in which he's poking fun at the kind of romantic portrayal of the Native American that was so popular among the very white people who were displacing and killing Indigenous peoples,” Mielke said.

In much the same way, Mielke said, Brougham critiques Columbus. But from today’s perspective, she said, it’s frustrating that he only went so far.

“On the one hand, he critiques Columbus in a pretty damning way,” Mielke said, “and on the other hand, he has fun doing it and ends with a patriotic song. It's like Brougham knew what he needed to do to keep his audience. So he created a biting satire that he filled with playful puns and humorous songs, and then he still gave the audience the red, white and blue, star-spangled banner scene at the end.”

Mielke said, “Brougham is important to know about and to read, because we see his awareness, even then, of the problematic nature of the legacy of Columbus and the American use of Columbus as a national figure. He saw it, and he centered a play on it. And then he walked back from that in order to keep them laughing and paying for tickets.”