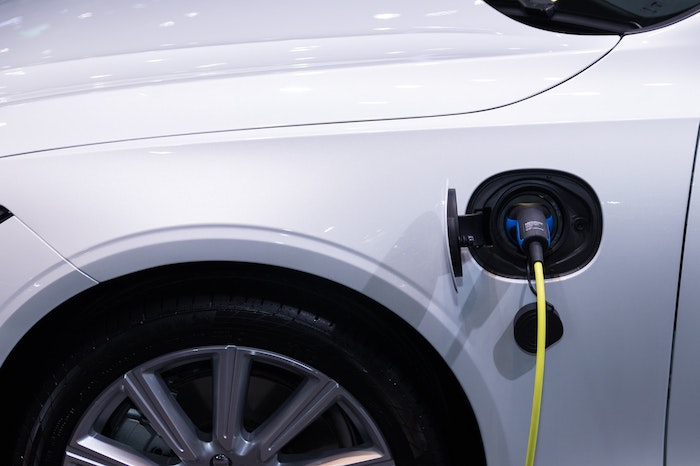 LAWRENCE — Every day, Americans see more battery-electric vehicles (BEVs) on the road. According to Fortune Business Insights, the market for electric vehicles in the U.S. is expected to grow from $28.24 billion in 2021 to $137.43 billion in 2028. The reasons for the switch from internal-combustion-engine vehicles to BEVs are compelling: EVs are cleaner for the environment, cheaper to operate and offer the chance to breeze by gas stations currently selling fuel at $5 per gallon nationally.

However, one drawback has made some consumers wary of purchasing a BEV — limited range. Unlike those plentiful gas stations, charging stations for EVs still can be few and far in between, and recharging a BEV’s lithium-ion battery might take hours, making EVs impractical for some long-range road trips.

Now, a researcher at the University of Kansas School of Engineering has co-written a study in Scientific Reports proposing a peer-to-peer system for BEVs to share charge among each other while driving down the road by being matched-up with a cloud-based control system. 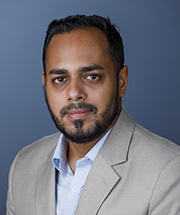 “When multiple electric vehicles are in route, they can actually share charge among themselves while running — they don't have to stop to do this,” said Tamzidul Hoque, assistant professor of electrical engineering & computer science at KU. “One car might have abundant charge, and it may not need to go too far, and it can sell its charge to another car — so there’s an economic incentive. The other car, which is traveling a long way, doesn't have much charge, and not having to stop for recharging would shorten their journey by several hours.”

A cloud-based system would match the two BEVs in the same vicinity, likely along major interstates. Like bicyclists in a Peloton, the two matched cars could travel close together, sharing charge en route with no need to stop for hours at a charging station. The cars would drive at the same locked speed while charging cables would link the vehicles automatically.

“We’d have a complete cloud-based framework that analyzes the charging state of all participating vehicles in the network, and based on that the cloud tells you, ‘Hey, you can actually pair up with this car which is nearby and share charge,’” Hoque said. “All of this has to be controlled by cloud infrastructure, which has algorithms to efficiently charge all the different BEVs.”

According to the researchers, vehicles would come equipped with two different batteries for the peer-to-peer BEV-charging plan: a main lithium-ion battery like ones common in today’s BEVs, and a second fast-charging battery used for on-the-go charging. The fast battery, when charged, would then replenish the vehicle’s main battery.

“You don’t want cars to stay connected for a very long time because another car might have to change its route and go somewhere else, and you may not get enough time to charge,” Hoque said. “That's why we’ve developed the concept of multi-level battery to reduce charging time.

“Just like in your computer you have fast cache memory — but it's expensive — so you have other type of high-capacity memories that are slower,” he said. “Similarly, for our batteries, we have incorporated this concept. You’ll have small fast-charging batteries, which will be used for peer-to-peer charging, and once that small battery is charged, you disconnect, and that small-charge battery sends charge to the bigger, slower battery.”

In high-density areas, the research team proposes deploying mobile charging stations — huge batteries riding on trucks — that can recharge multiple vehicles at once, something akin to how small military jets can get refueled in midair by a tanker aircraft.

The end result of the peer-to-peer system proposed by Hoque and his colleagues would result in more convenience and less “range anxiety” for owners of BEVs and also a cleaner environment. Hoque and his co-authors used sophisticated computer modeling software to measure recharging requirements of BEVs as well as changes to environmental impact of cars in a simulated peer-to-peer system.

“We used a simulator called SUMO that basically allows you to create scenarios where a number of different electric vehicles are running on a given highway, and then we introduce this concept of mobile charging or peer-to-peer charging and we also introduced the concept of mobile charging stations in the simulation and saw how far each of the cars would have gone without recharging versus with peer-to-peer charging,” Hoque said. “We saw a substantial reduction of refueling requirements among electrical vehicles — so that’s promising. We also did an analysis assuming these mobile charging stations, which are the big trucks, are recharged using renewable energy, and saw a big reduction in carbon emission, so that is also very promising.”

Hoque said the initial setup of a peer-to-peer charging infrastructure likely would require support from a major manufacturer of BEVs but then could expand organically.

“People who have electric vehicles will have this incentive of selling charge and earning extra money — these two things will work in parallel to grow this idea,” he said.

Top photo: Charging stations for EVs still can be few and far in between, and recharging a BEV’s lithium-ion battery might take hours. Now, a researcher at the University of Kansas has co-written a study proposing a peer-to-peer system for BEVs to share charge among each other. Credit: Pexels