LAWRENCE – Kent Blansett challenges Americans to not think of American Indians as frozen relics of a pre-industrial past or exclusively as residents of rural reservations. Opening their eyes to the diversity of Indian Country is one of the many reasons he’s excited about the new book he co-edited, “Indian Cities: Histories of Indigenous Urbanization” (University of Oklahoma Press). 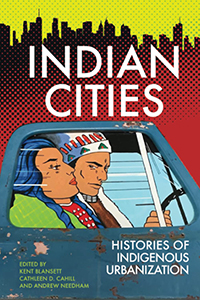 It’s a collection of cutting-edge historical scholarship that views Indigenous peoples as city makers and residents, rather than simply as victims of Westward Expansion or modernity.

“When you realize that between 70 and 80 percent of our Native peoples live and reside in urban environments, and this has been true for the last 50 years, we felt there was a gap in the literature on the urban Indian experience,” Blansett said, speaking for fellow scholar/editors Cathleen Cahill of Penn State University and Andrew Needham of New York University. “We're missing a lot of that history, and so there is a new generation of scholars who are investing in that area and trying to expand how Indigenous peoples reimagined and utilized urban spaces and places. We thought this anthology would amplify this current trend in our field.” 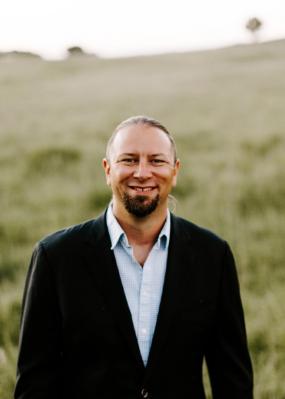 Blansett is the Langston Hughes Associate Professor of Indigenous Studies & History at the University of Kansas.

The articles in “Indian Cities” cover everything from colonial America, with chapters on trade between Native peoples and settlers in Charleston, South Carolina, and diplomacy among them in New Orleans, to the present moment, with chapters on the 10,000-person Dakota Access Pipeline protest encampment and the effect of COVID-19 on the Navajo Nation and nearby border towns.

In between, some chapters focus on the incorporation of American Indian heritage into tourism-focused urbanization, like "Gateway to the Black Hills" by Elaine Marie Nelson, KU assistant professor of history, on Rapid City, South Dakota, and UCLA scholar Mishuana Goeman’s “Maid of the Mist” legend at Niagara Falls, New York. Others examine the creation of (often significantly intertribal) Native neighborhoods and institutions from Minneapolis, Minnesota, to Dallas and to Winnipeg, Manitoba, Canada.

Blansett said the editors tried to highlight new voices and new places and to put these ideas and periods in conversation with each other. He said “Indian Cities” is a concept pulled from his 2018 book, “A Journey to Freedom: Richard Oakes, Alcatraz and the Red Power Movement.”

“Just before we started this, my book came out, which focuses on Indian cities,” Blansett said. “I look at San Francisco, Brooklyn and Seattle as an urban comparative, and I used biography as a lens to explore the urban Indian experience. It was the first historical study that employed an urban Indian comparative. Scholars often pick a city like Chicago, Los Angeles or Seattle, and they'll tend to focus on that one city. I really wanted to shake things up and show that we didn't reside in just one city; there was a lot of mobility.”

Blansett said their initial call for papers generated an overanticipated number of submissions that forced the editors to make some tough decisions about geography, the types of cities covered, including First Nations (Indigenous Canadian perspectives) and much more.

“We wanted to showcase the vibrancy of the field by pairing some of the up-and-coming scholars with others who are making new interventions in the field,” Blansett said. “The book gives us a wide-angle view, and yet it is also able to get into the micro-issues of what constitutes this very diverse and complicated story of the urban Indian experience from colonial times to the present.”

He thanked the Clements Center for Southwest Studies at Southern Methodist University, which hosted the first meeting of the scholars who worked on the project in 2018 and which provided other types of financial support for the project.

“We couldn't wait to share this volume in the hopes that people might see new possibilities that we saw in each of these essays and change the narrative of how we see Native peoples as vital to urban histories throughout North America,” he said.