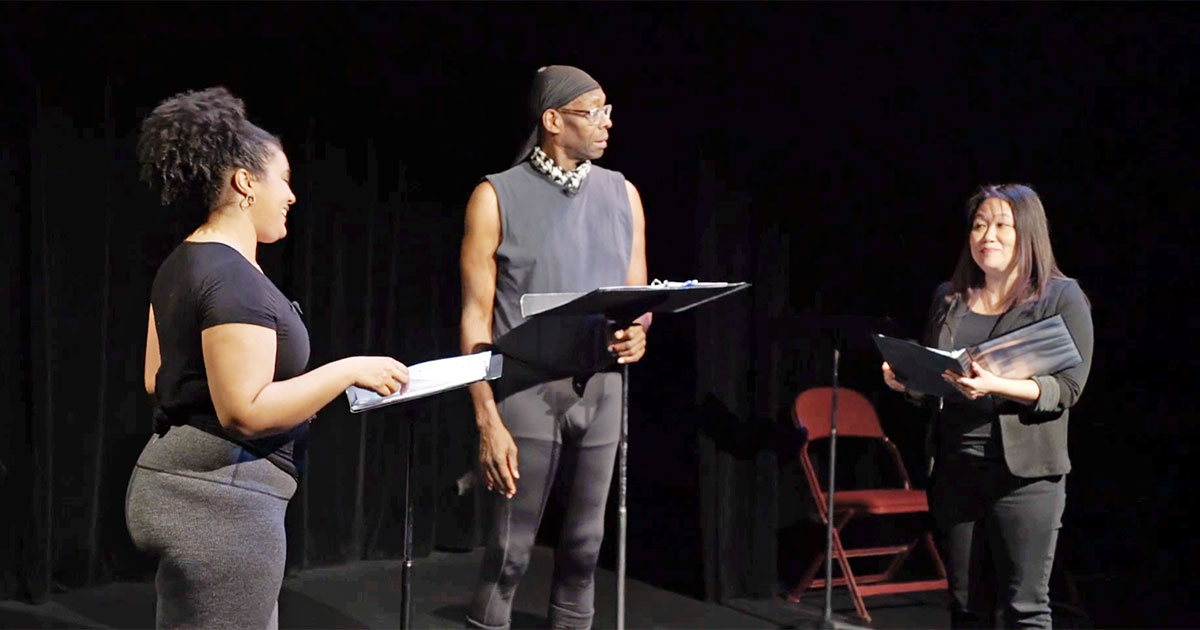 LAWRENCE – What if choreographer Alvin Ailey decided to racially integrate his all-Black dance company today? Can you imagine the firestorm? 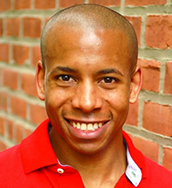 Darren Canady could, and has, in his new play, “The Percy Meacham Dance Experience,” a professionally shot video recording that premieres online tonight and runs through May 13 as part of the Minneapolis-based Playwrights Center’ Playlabs Festival. There is no charge to watch the performance, but RSVPs are requested.

Canady, professor of English at the University of Kansas, said he was going through the Kansas City Friends of Alvin Ailey’s archives when the idea occurred to him.

“I noticed he had integrated his company much earlier than I realized,” Canady said, “and while it wasn’t entirely without controversy, it was a pretty smooth process. I supposed if he were working today with a similar mission – to give a dance evocation of the Black experience – I don’t think it would be as simple for him to integrate the company. Our ideas about racialized embodiment have changed, and that’s the germ of the play.”

Canady described the plot — as it turned out via the Playwright Center’s rehearsal and development process, which included a lot of rewriting.

“Percy Meacham is a mature choreographer, and he is beholden to his executive director and some members of the board of directors, who say it’s time for the company to take a more multicultural and broadly appealing approach,” Canady said. “So he goes along with it, but it causes a rift in the company.

“Ultimately, it’s a play about how we make art. Who gets to own the notion of Blackness? What does it mean to sell out? What is artistic freedom? Shouldn’t an artist be allowed to change and grow?

“I also wanted to explore the mistaken idea that because dancers use their bodies, they don’t have great intellectual or emotional depth. I wanted to show that, yes, they use their bodies, but it’s a tool ... only because they have wellsprings of thought and connection between the mind, body and soul.”

Canady said he had to roll with the punches that the waves of the COVID-19 pandemic threw at the Playlabs process. At first, the final product was to be an in-person performance of “Percy Meacham,” which was one of three plays chosen for the festival’s 38th year. But the Playwrights Center decided instead to make professional video recordings of the plays and stream them online, in the interest of the audience, cast and crew's safety.

Canady said he is grateful for the opportunity to learn about producing a play on video.

“We had to decide how much to acknowledge this is a play versus a film,” Canady said. “We settled on trying to make that theatricality present without ignoring the fact that it’s on film.”

Canady said that while he is grateful to have “Percy Meacham” on tape, he hopes the initial staging will serve as a promotional video for future, in-person productions.

Photo: This screen grab from the video recording of the play “The Percy Meacham Experience” features actors China Brickey, (from left) Bruce A. Young and Lily Tung Crystal. Credit: Courtesy of the Playwrights Center.