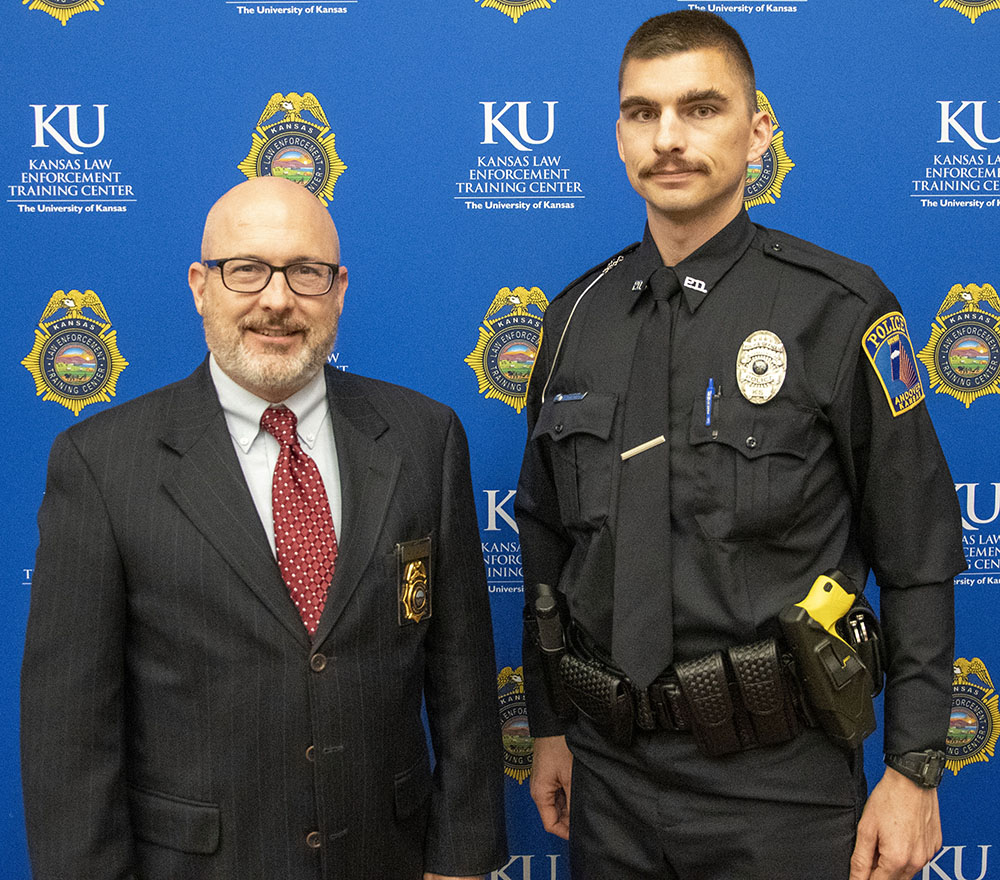 Officer Robert Garland of the Andover Police Department was the graduating class president. The speaker for the ceremony was Chief Rick Lockhart of the Lawrence Police Department. Steve McCorkill, KLETC senior instructor of police, was the class coordinator for the 292nd Basic Training Class.

Garland received the Fitness Medal for having the best overall improvement in push-ups, sit-ups and the 1.5 mile run as well as having logged the most miles run. Officers Mason Dyck of the Moundridge Police Department and James Smathers of the Lawrence Police Department were added to the Director’s Honor Roll. Smathers was also awarded the Welch Academic Award for academic excellence. Dyck was recognized during the ceremony for his firearms proficiency as the class “Top Shot.”

The graduates, who began their training in January 2022, represented multiple municipal, county and state law enforcement agencies from across Kansas. Graduates are listed below by county and agency: