LAWRENCE — Sex can mean many different things. In a military context, the definition expands even further. 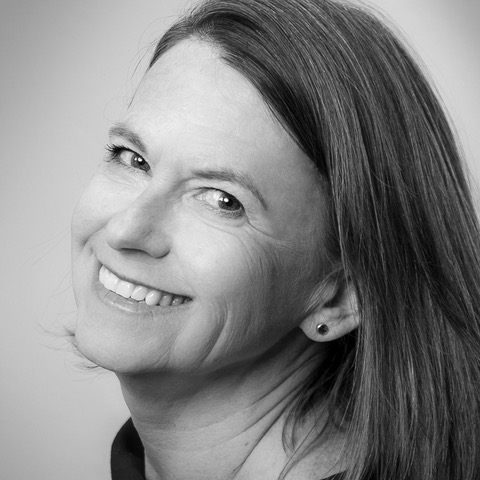 “Military regulations that govern sexual behavior are actually stricter than in civilian society,” said Beth Bailey, Foundation Distinguished Professor of History and director of the Center for Military, War, and Society Studies at the University of Kansas.

“You don’t get prosecuted for adultery in civilian society, for instance. So what does it mean when the military attempts to manage sex?”

Her latest book, “Managing Sex in the U.S. Military: Gender, Identity, and Behavior,” seeks to answer that question and many others. The multi-author collection examines historical and contemporary U.S. military policies and offers diverse perspectives on both its successes and failures in handling sex. It’s published by University of Nebraska Press.

Co-edited with KU professors Alesha Doan and Shannon Portillo and Kara Dixon Vuic of Texas Christian University (the four of whom craft the introduction and afterword), the book addresses whether sex can indeed be managed like its title suggests.

“Communities manage sex all the time. We’re constantly creating policies based around our understandings of the significance of sex,” Bailey said.

“One of the things we did in this book was to use sex as an all-encompassing signifier. So by sex, here, we mean the biological sex to which one has been assigned, gender identity, sexual behavior and sexuality. Our society — and the military in particular — perpetually categorizes people by sex.”

There’s an Army cliché that requests to “break it down Barney-style.” While referencing TV’s purple dinosaur, it’s asking for someone to simplify a process that has gotten convoluted. But wading through the complexities of how the armed forces deals with sex requires a Barney-style breakdown.

Bailey said, “On some level, it seems like managing sex should be relatively easy because those in the military are subject to military authority 24/7. They are subject to orders. There is rank hierarchy. There are all sorts of tools that don’t exist in the civilian world. Nonetheless, problems such as the crisis of sexual assault have persisted.”

The 12 chapters explore topics such as how the military handles harassment, childbirth, combat exclusion policies and bans based on openly gay service members. Bailey’s chapter is titled “‘A Higher Moral Character’: Respectability and the Women’s Army Corps,’” which traces the often shocking history of this branch.

“One of the key points I wanted to make is the ongoing emphasis on WACs’ respectability wasn’t simply due to men imposing standards of what they believed was appropriate behavior for women; it was also women officers very carefully protecting the reputation of the women who served under them,” she said.

According to her chapter, unlike Great Britain or the Soviet Union, there was a lot of resistance in the U.S. to females serving in uniform during World War II. Some of that translated into attacks on women that focused on the place they were often most vulnerable: their sexual reputation.

“It’s hard to understand today how important it was at that time to be considered sexually respectable, but the threat of being considered ‘loose’ or ‘fast’ or ‘easy’ threatened one’s marriageability. While certainly there were women in the military who didn’t want to marry a man, it was hard to support oneself independently as a woman. Being accepted into a kind of middle-class respectable society was fundamentally important.”

Ugly rumors began to circulate that WACs who had been overseas during wartime were being sent home on ships full of pregnant servicewomen, and many were jumping overboard to kill themselves out of shame. More rumors implied they were merely in the military to provide intimate entertainment for the officers. Or they were lesbian at a time when that was not publicly acceptable.

“We can look back and say those rumors are pathetic. But they really affected the way women experienced their service and how their families and communities viewed them,” she said.

“Managing Sex” spawned from a symposium sponsored by KU’s Center for Military, War, and Society Studies. The idea was to partner historians and public administration experts to analyze this topic. While Bailey originally studied gender and sexuality, she pivoted in the 1990s to include the military after becoming fascinated with an Army recruiting commercial that depicted a young soldier thanking his third grade teacher for believing in him.

Through all her studies, she said there was one thing that constantly astonished her about the nation’s armed forces.

“Given the size of the institution, its conservative nature and its bureaucratic nature, the thing I’m most surprised about is that the military — particularly the Army — is as creative as it is in trying to address what it perceives as problems,” Bailey said.

“Of course, policies and inventive ideas don’t always translate well into implementation, and there are people in the way who have different understandings. But I am always impressed by the military’s sheer level of creativity.”