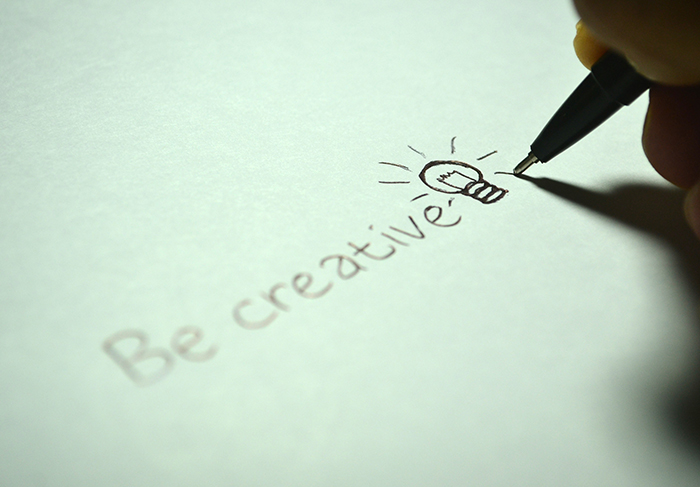 LAWRENCE — Creativity has been designated a critical 21st Century Skill by the National Research Council, yet there is not one ideal, accepted way to identify creative young people and encourage the strength as part of their education. A new study from the University of Kansas found that while creativity’s value has long been recognized, there are three primary methods of assessing it in young people. Those methods have pros and cons, including racialized, gendered and class-based approaches.

KU researchers analyzed studies published in eight major creativity, psychological and educational journals between 2010 and 2021 to get a better picture of the state of creativity assessments. The results showed that creativity continues to be primarily assessed by divergent thinking or creativity tests, self-report questionnaires, product-based subjective techniques and rating scales. That lack of innovation in assessments shows a refined approach is needed to build creative profiles of students, better understand how creativity develops through the span of education and encourage it in multiple domains of schooling, according to the researchers.

“There are a lot of conversations about how much improvement that creativity research in education needs. We want to promote creativity with schools and students through assessments that can be applied in classrooms. We also want to reform the current high-stakes, narrowly focused standardized tests in education — maybe by using creativity assessments as an alternative,” said Haiying Long, associate professor of educational psychology and lead author of the study. “But before we are able to achieve these purposes, we want to have a better idea of the state of creativity assessments in education over the last decade and understand what has been done and what needs to be done.”

The study, written with KU co-authors Barbara Kerr, Williamson Family Distinguished Professor of Counseling Psychology; Trina Emler, affiliate researcher with the Achievement & Assessment Institute and its Center for Creativity and Entrepreneurship Education; and Max Birdnow, doctoral student in educational psychology, was published in the journal Review of Research in Education.

The analysis also showed that research on assessments in creativity tends to be evenly split between educational and psychological assessments. Those in education tend to focus on college more than K-12 education, while the psychological studies depend overwhelmingly on psychology undergraduates as research subjects. That is potentially problematic, the authors wrote, as those students overwhelmingly tend to be white and female, meaning they do not present a broader picture on how the assessments interact with diverse populations.

The studies are also increasingly international. That trend is encouraging, but the United States continues to lead the field. Because of that, students in many countries receive no creative assessments, while others take assessments developed in the U.S. that often do not directly translate to other languages and cultures, Long said.

Creativity assessments fall into three major approaches, the most common of which is creative or divergent thinking tests. While the tests have shown to be reliable and valid in assessing students’ divergent thinking ability, they often are not tested for all potential domains and tend to focus only on intelligence or focused primarily on one aspect such as cognitive, emotional or conative aspects of creativity, according to the researchers. That problem existed to varying degrees across self-report questionnaires and product-based assessments as well. The analysis found that there are new approaches to assessing creativity appearing, but most research continues to focus on the dominant approaches of the last several decades.

“All of these approaches have been used in the field for a long time,” Long said. “There are new tests or scales focusing on other aspects of creativity, such as creative potential, creative self-efficacy, creativity in different domains, but the review shows just how much the field is not changing. If you don’t want to change the field, it is hard to improve it.”

Perhaps most troubling, the studies on creativity assessment are primarily conducted with white students in the United States and often lack information on racial or ethnic compositions of students in international studies. That prevents further understanding of who is and is not assessed and whether there are any equity issues, the authors wrote. Also, the effect of gender socialization on creativity of girls in K-12 education has rarely been addressed, and issues of privilege and socioeconomic inequities — such as which students at underprivileged schools are assessed — are rarely explored.

The authors close the study with several recommendations to address the shortcomings of creativity assessments in education. Ideally, all students would be screened for cognitive, personality and motivational characteristics by kindergarten to establish baselines for creative approaches with reassessments at key stages. Using multiple approaches to identify and encourage students to use creativity across domains and use of assessments outside the traditionally dominant approaches would better serve students as well, they wrote. However, the researchers acknowledge challenges in the way of that goal, including better translating research from the lab to teachers who need assessments in classrooms. To address that, the authors also called for a close collaboration between creativity researchers and educators in schools by using a service model and providing teachers with more professional development on creativity.

Long praised her colleagues in KU’s creativity research group, including her co-authors as well as notable KU scholars Yong Zhao and Neal Kingston, who are working on innovative ways to assess creativity and ask deeper questions about who is assessed for creative potential, how creativity assessments can reform educational assessment more broadly, improve students’ creative educational experience and contribute to an equitable and democratizing education.

“We want to fill the gap between research and practice with better ways to identify creative students. When students are selected for gifted and talented programs, it is widely based on intelligence and seldom on creativity tests,” Long said. “If you don’t think a student has high intelligence ability, they won’t be selected for the programs. In school districts, that creativity assessment is used to identify gifted and talented students. It is considered simply a side effect of intelligence. At the same time, we do see promise for creativity assessments in addressing these questions. They can provide more equitable information than they currently do, and we want to push the field forward and do better.”