LAWRENCE — Three alumni from the University of Kansas School of Engineering will receive the school’s highest award in a ceremony set for 6 p.m. May 5.

Angela Chammas, Paul Neidlein and G. Paul Willhite will receive the Distinguished Engineering Service Award (DESA), which is awarded to individuals who have maintained close association with the school and have made outstanding contributions to the engineering profession and to society.

“We are honored to recognize the substantial contributions of these three individuals. Through their leadership, ingenuity and commitment to the engineering profession, each of this year’s awardees have proven they are extremely deserving of this award,” said Arvin Agah, dean of the engineering school. 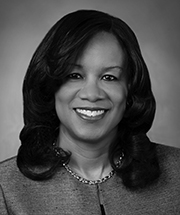 In a long and distinguished career, Angela Chammas earned a reputation as a visionary leader and a skilled strategic thinker who focused on strengthening competitive advantages through the development of new technologies, tools and processes. She was also very passionate about helping organizations and the people within them reach their highest level of performance and business success.

Chammas joined the Sprint management team in 1991 where she held a variety of management roles in network engineering, including managing a 24/7 network surveillance monitoring center and overseeing the coordination of the strategic quality integration program for network engineering. She spent 20-plus years with the company, later Sprint Nextel, eventually serving as vice president – talent management, where she oversaw Sprint’s nationwide enterprise talent recruitment and acquisition process for filling approximately 14,000 positions annually.

Chammas and her husband, George, also a KU School of Engineering graduate, married in 1981. They are both enjoying retirement in Chicago and look forward to traveling and spending more time in his home country of Lebanon. They have two sons: Nadim, who is a U.S. marketing manager in Denver, and Jamil, a Grammy Award music producer in Los Angeles. 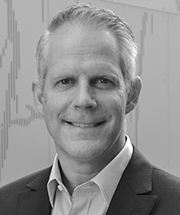 A distinguished leader, strategic thinker and civic-minded community member, Paul Neidlein has become known throughout his career for a commitment to driving engagement, diversity, inclusion and growth for those who work alongside him. He’s also earned a reputation for providing opportunities for innovation and collaboration among clients and vendors throughout the Kansas City and regional construction market.

Neidlein earned his degree in architectural engineering from KU in 1995 and started his career that same year at Turner Construction in St. Louis before moving to the Kansas City office in 1997. In 2012, he started at JE Dunn Construction, where he continued to grow his career — first as senior vice president of operations before moving into his current role in 2018 as president of the Midwest region. Currently, Neidlein oversees offices in Kansas, Missouri, Iowa, Nebraska, Minnesota and North Dakota as well as leading four national divisions focused on mission-critical, sports, federal and justice projects. Under Neidlein’s leadership, JE Dunn’s Midwest region has seen tremendous growth, expanding in all markets, and is expected to surpass $2 billion in revenue in 2022 — its highest ever.

Neidlein lives in Prairie Village with his wife and fellow KU graduate, Tina (B.S., Journalism, ’96; B.A., English, ’96). They have one son, Ty, who is currently a freshman at the University of Arkansas. 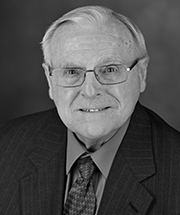 With more than a half-century of contributions and dedicated service to KU and the engineering industry, Paul Willhite is recognized as a remarkable educator and researcher who served the academic community, university, state, nation and international societies with the utmost distinction.

His career in academia is decorated with extensive service to the department, the School of Engineering, higher education and the petroleum industry. Willhite is a member of the prestigious National Academy of Engineering and helped launch a key initiative to develop a range of improved oil recovery applications that were affordable for independent operators in Kansas and the region. He also written textbooks that to this day remain the foundational work in petroleum engineering education.

In 1974, Willhite founded and co-directed the Tertiary Oil Recovery Project (TORP) with Don Green, professor emeritus of chemical & petroleum engineering. The program was designed to acquaint Kansas producers with the technical and economic potential of enhanced recovery methods for oil and gas fields that were affordable for independent operators in Kansas and throughout the region.

Willhite lives with his wife, Jewell, in Lawrence, where he continues to be involved in several community activities. They are the parents of five children, 13 grandchildren and five great-grandchildren.