LAWRENCE — The University of Kansas Debate team of juniors Mickey McMahon, Leawood, and Michael Scott, Glenview, Illinois, advanced to the Final Four at the 76th National Debate Tournament hosted at James Madison University April 1-5. The duo is the 19th KU team to advance to the semifinal round of the National Debate Tournament. This is the third consecutive year that KU has placed a team in the Final Four and the fifth time in the past six seasons. 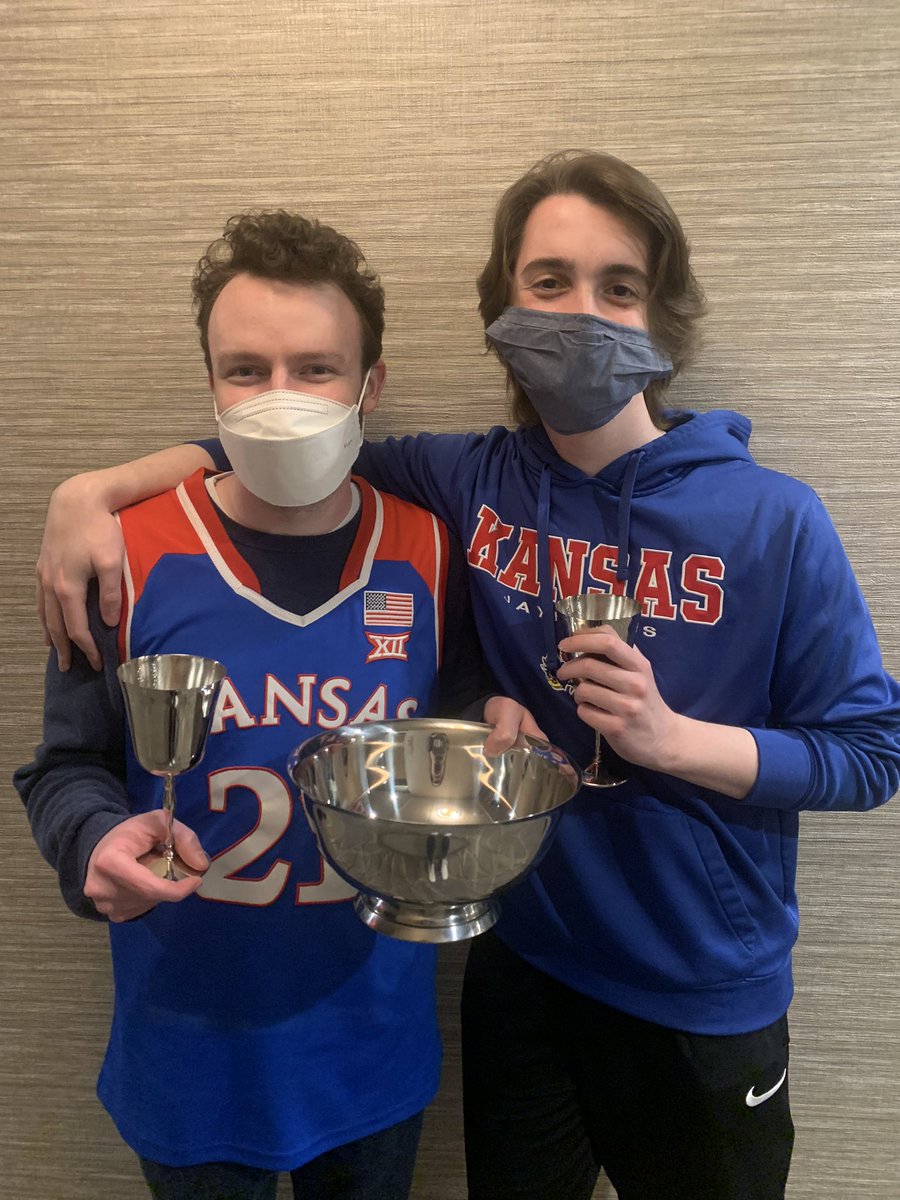 Dartmouth and Michigan met for the championship for the second consecutive year, and Dartmouth won on a 3-2 split decision, earning its second straight national championship.

The KU pair also received individual speaker awards as Scott was the 15th speaker and McMahon the 17th.

“We could not be prouder of the performance of our teams,” said Brett Bricker, associate director of KU Debate. “It was a tremendous national championship performance to cap off a great season.”

“I want to thank the assistant coaches and the entire squad for the hard work that led to the success of our teams competing at the NDT,” said Scott Harris, the David Pittaway Director of KU Debate. “It was a product of the effort of all of the people in the program.”

“Congratulations to Coach Self, the coaching staff, and the players on an incredible performance,” Harris said. “This was a great day to be a Jayhawk.”