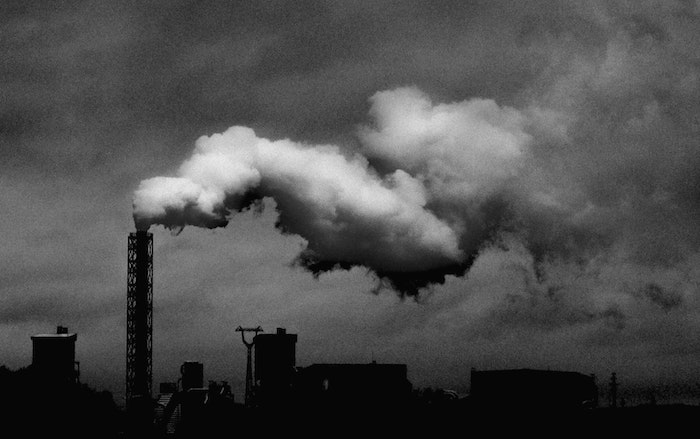 A group of scientists recently delivered a major report to the National Science Foundation recommending research priorities to maximize understanding of climate change’s social impact in the U.S. and worldwide. The report, titled “Environmental Change and Human Security: Research Directions,” was presented this week at the Fall Meeting of the American Geophysical Union in New Orleans.

Shannon O’Lear, professor of geography and director of the Environmental Studies Program at the University of Kansas, was one of 10 authors from diverse disciplines who produced the study as part of their work on the NSF’s Advisory Committee on Environmental Research and Education.

“We were tasked to report on how the NSF should be thinking about environmental change and human security and the kinds of research they should fund to understand dynamics between them both,” she said. “We started this three years ago. The process took longer than we planned, because we did a series of interviews with people in the intelligence community, former and current military decision-makers and policymakers. We realized we needed to not just take an academic view but to understand how different streams of input and insight feed into what we mean by ‘environmental change’ and what we mean by ‘human security.’ We wanted to understand how different practitioners interpret these processes in their work.”

O’Lear, whose research focuses on environmental geopolitics, critical geopolitics and human-environment relationships, was one of the few social scientists who collaborated in preparing the report.

“Climate change and environmental change tend to be discussed in the language of physics and the physical sciences,” she said. “But think how different it could be if our understanding had emerged in the language of social science. We’d be having really different conversations right now about climate change if we didn’t talk mostly about parts-per-million in the atmosphere or temperatures and gases — if instead we were talking about the social facets of the changing environment, and how society contributes to it and is impacted by it as more than a side note. As a geographer, I wanted to interject into the report the need to understand spatial connections of different features of the environment and human processes.”

According to the authors, “Accelerating rates of anthropogenic environmental change are stressing human institutions and can present novel security threats to our nation. These changes manifest in many ways, such as in the extreme weather events that impact food and water systems, contributing to conflict, or in the human encroachment on critical ecosystems that drive disease transmission, as seen with COVID-19.”

O’Lear said grasping such complex consequences of human-driven climate change will require new research approaches to predict and mitigate how nations, societies and communities will be affected.

“With a lot of research, we try to understand human interactions with that physical science and change of environment by taking known social-science things, like conflict models, from political science — and then we think we could just add variables like drought or temperature variables into that model and understand how climate change will influence conflict — and that’s not really at all helpful,” she said. “We’re trying to point out the simple idea that ‘climate change is going to cause conflict’ does not acknowledge the rich, social complexities of possible human responses to a changing environment.”

Indeed, O’Lear said challenges brought on by a changing environment could be more complex, even potentially strengthening a sense of common purpose and community.

“We really have to unpack it with a lot more thoughtful nuance and ask, ‘How is the environment changing? What is the actual impact that’s having on people’s livelihoods, their day-to-day lives? How are changes exacerbated or eased by policy responses? How does that actually lead to different kinds of responses?’” she said. “It isn’t always hot, armed conflict. There can be lots of different responses — and it isn’t always negative. Sometimes you can find it to be cohesive, and that societies actually come together or collaborate more to address the climate change situation.”

O’Lear said she hoped the report would be used to influence research proposals and funding decisions going forward, based on eight key research questions formulated by the authors.

“We’re trying to understand what kind of measurements we’re taking of things — whether that’s the changing environment or the human response, like flood patterns and migration patterns — and ask, ‘Are those the right measures?’” she said. “What are the things that we should be measuring? And what are the kinds of questions that we should be asking? Are we asking these just because we’ve been collecting these data in one disciplinary area? It doesn’t mean we can just snap them together with data from some other disciplinary area and have something useful. So, we’re trying to help researchers and NSF think about how to get our arms around really complicated questions so that we can generate productive responses.”

Photo: Shannon O’Lear, professor of geography and director of the Environmental Studies Program at the University of Kansas, was among a group of scientists who recently delivered a major report to the National Science Foundation recommending research priorities to maximize understanding of climate change’s social impact in the U.S. and worldwide. Credit: Pexels.com.