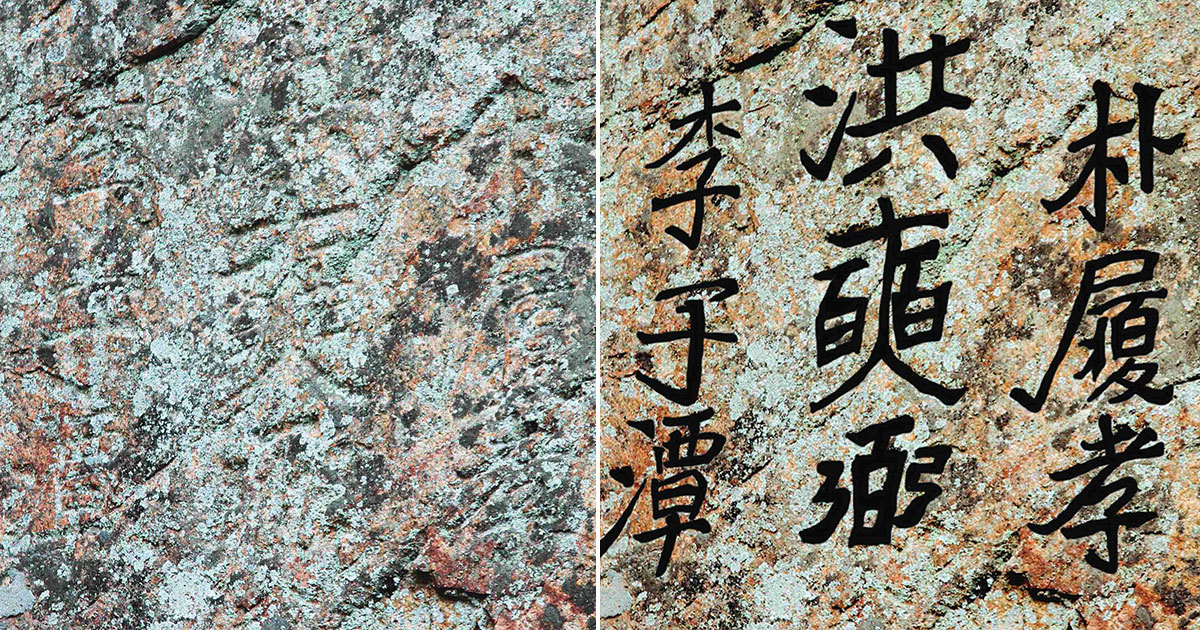 LAWRENCE – The elites of premodern Korea carved their names into rocks in the sacred mountains of Kŭmgangsan for much the same reason that today’s graffiti taggers wield cans of spray paint: reputation and control. 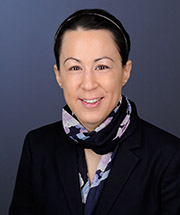 And while University of Kansas art historian Maya Stiller notes several important distinctions, her new book, “Carving Status at Kŭmgangsan: Elite Graffiti in Premodern Korea” (University of Washington Press), uses the comparison as a way into the hitherto-untold story of what she calls “the largest number of such graffiti in East Asia – in the entire world.”

It's a complex tale with aspects of history, religion, sociology, literature and digital humanities — all wrapped inside the enigma that is modern North Korea, home to the Kŭmgang (Diamond, or Unbreakable) mountain range, which Stiller is one of few western academics to have visited in recent years.

The associate professor of Korean art and visual culture in KU’s Kress Foundation Department of Art History said she went to North Korea looking for one thing and found something else so interesting and so little-known that she was compelled to both write a book and create a multifarious computerized database about it. Or, rather, to do those things in reverse order. It has taken several years of work.

Stiller had previously studied the Buddhist religious art of Korea’s Chosŏn dynasty (1392-1897), and she initially traveled to outer Kŭmgangsan in 2008, during a period when it was open to South Korean and other foreign tourists, to see notable monasteries there. But when she returned to even more secluded inner Kŭmgangsan (closer to the Demilitarized Zone border with South Korea) in 2014, she encountered such a profusion of previously undocumented autographic inscriptions along the so-called pilgrimage pathways that she decided to photograph them.

She wound up with over 1,000 photos containing about 4,500 separate inscriptions.

“I just noticed there were inscriptions everywhere, and I thought that that was particularly strange,” Stiller said. “I had noticed, when I was doing field research at Buddhist monasteries in South Korea, that there were inscriptions near the monasteries, but nothing like this. I thought this was a once-in-a-lifetime opportunity to record these inscriptions. I felt that this was important for my understanding of the Chosŏn-period pilgrimages to the mountain.”

As the daughter of a German father and Korean mother, Stiller has German citizenship, which she says North Korean minders told her in 2014 gave her greater access to inner Kŭmgangsan than a scholar with U.S. citizenship would have been permitted. The country is entirely closed to outside scholars nowadays.

“Honestly,” Stiller said, “I think I'm the only one in the world who has this data, and so I felt obliged to share this with colleagues all around the world who are unable to visit North Korea.”

Before she wrote the new book, for which she created a series of maps and charts showing the development over time and the placement of the inscriptions, Stiller first created an Excel spreadsheet noting each inscription and various details about its location and thematic grouping. That database is now being translated into an open-source search engine. It will also highlight some of the most interesting individual inscriptions, like the two or three women’s names Stiller found among the thousands of men’s names.

After spending thousands of hours poring over her data and placing it in context with other historical information from royal court records, exam rosters and other accounts of travel to Kŭmgangsan, Stiller was compelled to admit that the inscriptions she found were not primarily Buddhist in nature at all. Rather, she wrote in the book, they are evidence of the primarily social motivations of the travelers (as opposed to “pilgrims”), who during the early Chosŏn period were almost exclusively high-status government officials, later joined by aspiring or near-elites who wanted to associate themselves with ancestors or scholarly lineages through their holy mountain “tags.”

The book is illustrated with a number of Stiller’s photos, showing the carvings in situ and then with their characters enhanced with a layer of digital “calligraphy” applied by Weitan Yan, one of the history of art department's graduate students, who is currently finishing up his dissertation on the art of writing in the Qing dynasty (1644-1911) in China.

Now that the book has been published, Stiller is anxious to publish the website — http://www.aaok.info — a digital platform and search engine for the quantitative and qualitative analysis of rock carvings up and running, too. She plans for the final version to be uploaded by January 2022. When it is, anyone can search for travelers’ names, photos of their carvings and the information about them Stiller has compiled.

“The book is my contribution to the field of Korean studies, Korean art history, Korean literature,” Stiller said. “But I also have this digital-humanities component that I hope will make my work more publicly available to people outside of my immediate field.”