Officer Grady Carl of the Emporia Police Department was the graduating class president. The speaker for the ceremony was Mikel Golden, chief of police for the McPherson Police Department. Mike Satterlee, KLETC senior instructor of police, was the class coordinator for the 285th Basic Training Class. 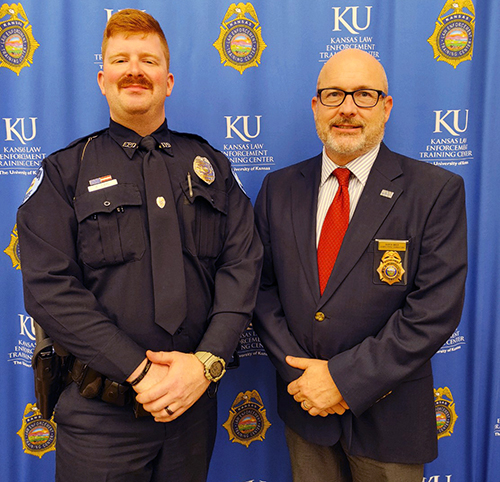 Jonathan Adsit of the Medicine Lodge Police Department was awarded the Welch Academic Award for academic excellence. Deputy Robert Miller of the Lyon County Sheriff's Office was honored with KLETC’s Fitness Award, and Amanda McCullough of the McPherson Police Department was also recognized during the ceremony for her firearms proficiency as the class’s “Top Shot.”

The graduates, who began their training in August 2021, represented 15 municipal, county, and state law enforcement agencies from across Kansas. Graduates are listed below by county and agency: