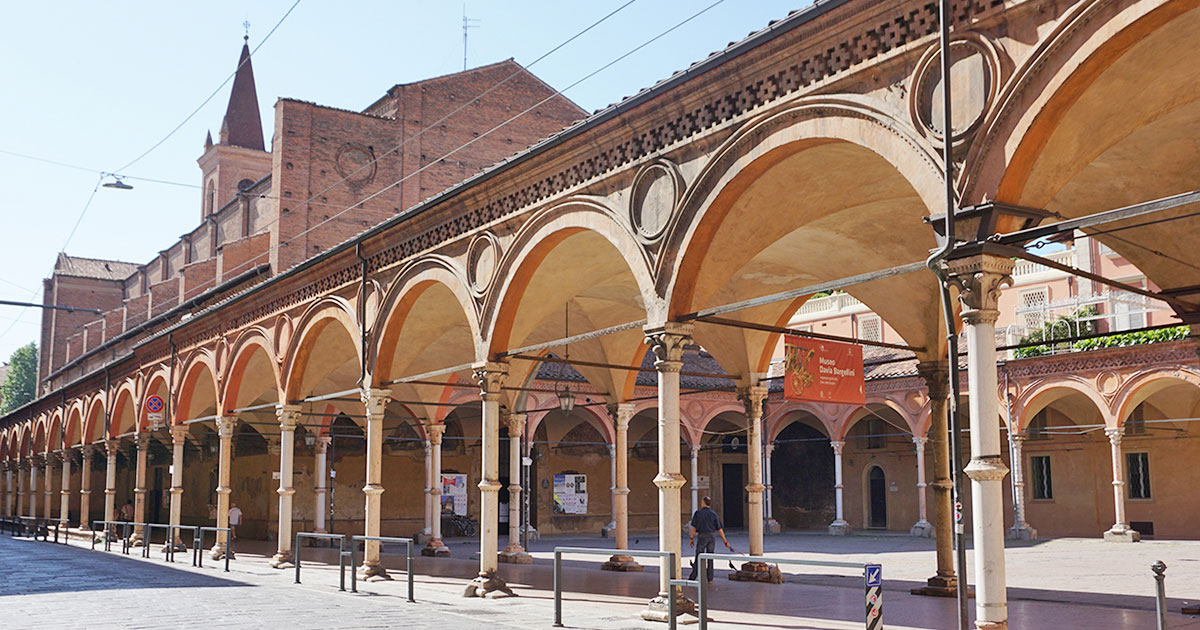 LAWRENCE – Especially as Bologna is not a first-tier tourist destination for Americans, the curator of a new exhibition on the city’s medieval art thought its catalog could use a scene-setting essay. So she reached out to Areli Marina, who specializes in northern Italy.

The University of Kansas art historian's essay “Bologna: The Built Environment” is part of the catalog for the exhibition “Medieval Bologna: Art For a University City” at Nashville’s Frist Art Museum, which runs Nov. 5 through Jan. 30.

The exhibition features many illuminated (i.e., illustrated) manuscripts that were produced in the city that is home to the Western world’s first university, established in 1088. Marina’s essay details the development of the city itself – its main square, public palaces and its defining characteristic, the covered porches that by law line the main streets — focusing mainly on the following two centuries. 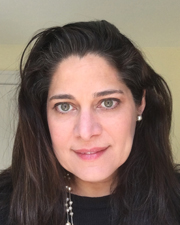 “Bologna has these surprising characteristics — the porticoes, the existence of the towers, the unusual town square,” said Marina, associate professor of the history of art at KU. “These things are different from the cities in Italy that most of us are familiar with. And so my colleague, the curator Trinita Kennedy, thought that she needed to give people a sense of what Bologna was like as a physical environment, to make sense of why the university is such an important presence in the city.”

Bologna’s university has never had a single campus. Rather, the various academic departments were scattered through different parts of the city.

"They are merged one with the other,” Marina said of the links between university and city.

Marina said she went on a research trip to Bologna in the summer of 2019 to prepare to write the essay.

“I've visited all the monuments several times, but I had never walked the streets of Bologna in a systematic manner, and that's what I did,” Marina said. “I literally walked from gate to gate and quadrant to quadrant, up and down every street trying to get a sense of the spatial organization of the city; how the city functions as an organism instead of considering monuments individually.”

Marina’s essay covers the history of prominent buildings around Bologna’s central Piazza Maggiore, but she said the city’s most unique feature is its porticoes.

“Originally, Bologna was one of many cities, especially across northern Italy, which had porticoes,” Marina said. “But something happened in Bologna that set it apart from all those other cities, and that is that the porticoes were declared to be public property. And so you had to have a portico. If you didn't have one, you had to build one. And once you built one, you couldn't get rid of it because the space under the portico was considered public land ...

“So Bologna retains more porticoed streets than any other city in Italy. And thank God, because Bologna has terrible weather. It is always either broiling hot, so you're desperate for the shade, or it is raining, so you are desperate for the cover.”

Marina recently won a grant from I Tatti: the Harvard University Center for Italian Renaissance Studies to help underwrite a scholarly symposium that will be presented in conjunction with the exhibition, the Andrew Ladis Memorial Trecento Conference, set for Jan. 13-15, 2022, at the Frist Art Museum. She is a member of the conference’s organizing committee. More than two dozen scholars will present papers on Italian art of the 1300s.

KU in the news
PolitiFact — Thu, 05/19/2022
The US government is not creating food shortages, despite claim about buffalo killed in the 1800s
BBC — Wed, 05/18/2022
The endurance of Japan's simple street snack
RT @ResearchAtKU : A new study from @KUSOEHS professor Meagan Patterson finds empathy can improve relationships between mothers and children…
«»
Follow us on Twitter »
Why KU
Apply »
One of 34 U.S. public institutions in the prestigious Association of American Universities
44 nationally ranked graduate programs.
—U.S. News & World Report
Top 50 nationwide for size of library collection.
—ALA
5th nationwide for service to veterans —"Best for Vets: Colleges," Military Times