UPDATED 04/14/2022: The Department of French, Francophone & Italian Studies announced it will honor Pasco's life and career at the University of Kansas with a memorial service from 1-2 p.m. May 7 at the Spencer Research Library north gallery.

LAWRENCE — The University of Kansas community is mourning the death of longtime professor Allan Pasco, who died Oct. 12 at age 84. 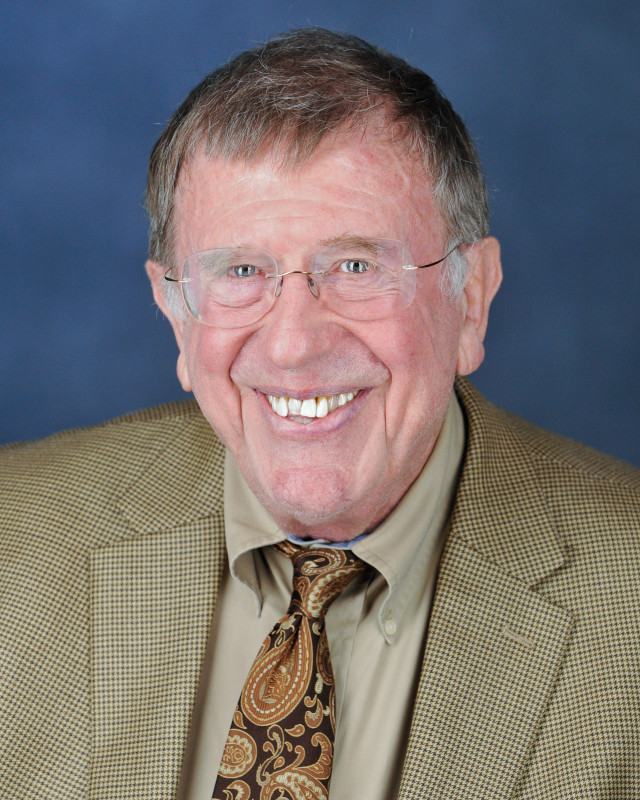 Pasco, the Hall Distinguished Professor of 19th Century Literature in the Department of French, Francophone & Italian Studies, was on sabbatical this semester while he worked to complete three scholarly articles and start his next book project.

"Professor Pasco was a devoted scholar who made many contributions to better the lives of those in our community during his more than three decades as a researcher and teacher here," said Chancellor Douglas A. Girod. "On behalf of our university, I offer my sincere condolences to his family, friends and all who knew him at KU."

Pasco joined KU in 1989 with academic interests in critical theory, literature and culture of 18th-, 19th- and 20th-century France. He taught undergraduate and graduate courses on French literature and other topics.

Pasco was a prolific scholar, having published dozens of articles and nearly a dozen books while also having received many professional accolades, said Bruce Hayes, professor and chair of the French, Francophone & Italian studies department.

Among Pasco’s accolades at KU were a Chancellor’s Outstanding Mentor Award and being honored as an outstanding teacher by the Center for Teaching Excellence.

"In addition to his scholarship, he was a dedicated teacher and mentor, providing training and guidance to many students during his time at KU," Hayes said. "He leaves behind a monumental legacy of scholarship and mentorship and will be missed by those whose lives he touched."

A public celebration of the life for Pasco will be announced at a later date.