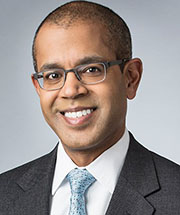 Kannon Shanmugam attended the University of Kansas in 1989. He received his undergraduate and law degrees at Harvard University and was a Marshall Scholar at the University of Oxford. He is managing partner and chair of the Supreme Court litigation practice at Paul, Weiss, Rifkind, Wharton & Garrison LLP in Washington, D.C.

Shanmugam established the Shanmugam Family Neurosurgery Research fund in memory of his father, Sam Shanmugam, who was a KU Distinguished Professor of electrical engineering. 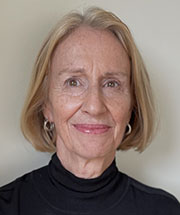 Petra Tasheff was student body president at KU and graduated in 1978 with a bachelor’s degree in English. She received a law degree from Northwestern University in 1981. She is retired from the National Center for Law and Economic Justice. 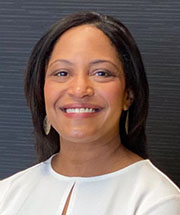 Liz Boldridge Tovar received her bachelor’s degree in psychology in 2002, her master’s degree in psychology in 2009 and her doctorate in higher education administration in 2011, all from KU. She is executive officer and associate vice president, Division of Diversity, Equity and Inclusion, and senior associate athletics director for Student-Athlete Academic Services at the University of Iowa.

Tovar was honored as a KU Woman of Distinction in 2005 and is a member of the Women Philanthropists for KU Advisory Board. 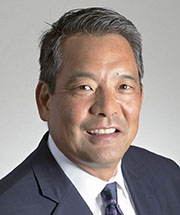 Frank Tsuru graduated from KU in 1983 with a bachelor’s degree in petroleum engineering. He co-founded Momentum Midstream in 2004 and currently serves as its CEO. In addition to his executive role at Momentum, he is the president and CEO of Indigo Natural Resources, an exploration and production company operating primarily in north Louisiana.

Tsuru is the past chairman of the Sam Houston Area Council–Boy Scouts of America, currently serves as the president of the National Eagle Scout Association and is on the executive board of the BSA National Board.