LAWRENCE – At one time or another, nearly every employed person feels pressed by the push and pull of personal and work life. For mothers who are the primary caregivers of young children, it's even more extreme. 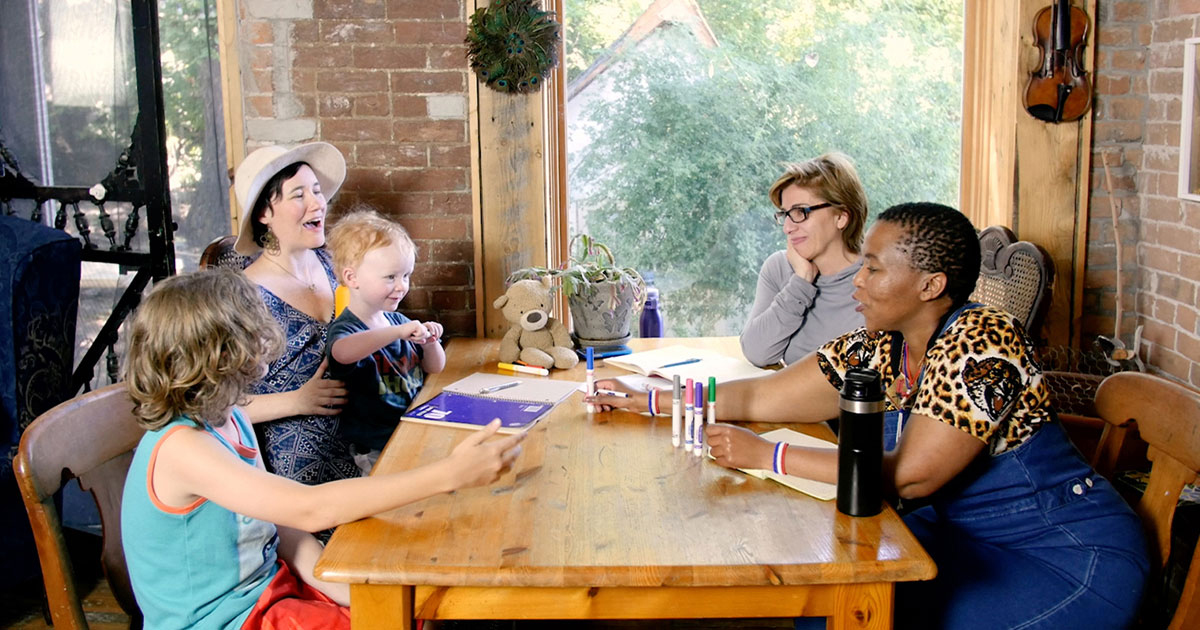 Maria Velasco, professor of visual art at the University of Kansas, explores this tension in a new documentary film, “All of Me: Artists + Mothers.”

Her work premiered in 2020 and has been making the virtual film festival circuit, with its next showing set to begin Oct. 7 in the Global Indie Film Fest based in Glasgow, Scotland. It has also been accepted into the 22nd season of the World Film Carnival-Singapore.

Velasco, who is a multidisciplinary artist, has made some animated films before, but “All of Me” is her first documentary. It fits right in, though, with her community-based approach to working. 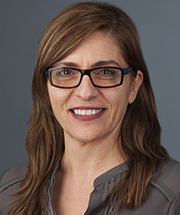 “The film came from my experience as an artist, as a mother, and a feeling that I've been in that closet before,” Velasco said. “That is because parenting is invisible in the culture, in the arts. In academia, too — it’s like we're not supposed to have kids. And if we do, you sweep them under the rug somewhere or someone else takes care of them, like in the 1940s — the wife at home. The mentality is the same.”

Thus, Velasco said, when one becomes a parent, “it’s like you just drop off the Earth. It's very hard to attend artist residencies, because most of them don’t let you bring family or children. How are we to advance our career if the professional opportunities aren’t there for us? But there are a handful of them, and they are very competitive.”

As most people do become parents, artists will simply have to navigate that, Velasco said.

“While it’s difficult to recalibrate, it's not impossible,” she said. “I became a part of the artist-parent community through online resources and began to feel that I was not alone.”

Velasco said she had been “yearning to make this work visible” for some time but feared not being taken seriously.

“At some point,” she said, after earning full professorship, “it came to a head. I said to myself I have to embrace this.”

Her then-9-year-old son’s anguished (“screaming”) reaction to news that Velasco planned to leave town for a two-month residency in 2018 in Spain sealed the deal, the single mother said.

“I said next time I go anywhere, you're coming with me,” Velasco recalled. “I don't want to have to do this again – to choose between you and my work, and then I had to reconcile those two things.”

Velasco applied for and received a residency at family-friendly Elsewhere Studios in Paonia, Colorado, in the summer of 2019, this time bringing along her son, Alex. They hung out in the mountains and created a role-playing card game based on those experiences and their drawings.

In the meantime, Velasco had emailed some of her fellow resident artists and asked if they would participate in a filmed discussion of the conflicts they felt between their lives as mothers and their jobs as artists. With a grant to fund the services of graduate student Bryce Heesacker as cameraman and co-editor, Velasco turned those interviews into “All of Me.”

At first, Velasco said, “I just wanted to capture the experience. I wasn't even thinking about what should we do with it.” But she concluded she must make it into a film “because we need the visibility, and we need to be present in the world as professionals who have kids.”

The 15-minute film has not been shown locally, but Velasco is looking forward to the summer of 2022, when she will curate an exhibition at the Lawrence Art Center dealing with art and parenting. Perhaps, she said, “All of Me” will be part of a program of films on the topic then.

Image: Still image taken from Maria Velasco’s documentary “All of Me: Artists + Mothers.” Credit: Courtesy of the director.