LAWRENCE — Texas enacted the strictest anti-abortion law in the country on Wednesday after the U.S. Supreme Court declined to block the law banning the procedure after six weeks of pregnancy. Two University of Kansas faculty members are available to discuss this significant event with media. 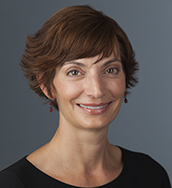 Alesha Doan, professor in the School of Public Affairs & Administration and the Department of Women, Gender & Sexuality Studies, has conducted research on abortion policy and its history in the United States. She can discuss the new law, provisions allowing citizens to file suit against those seeking abortion, the Supreme Court’s lack of action on it thus far, similar efforts in other states, Roe v. Wade and related topics.

“Texas SB 8 is the culmination of anti-abortion activists’ strategic, decades-long efforts at the state level to recruit and elect anti-abortion politicians who are willing to pass restrictive policies that effectively eliminate access to abortion, regardless of the far-reaching harm it will cause to people experiencing an unwanted pregnancy,” she said. 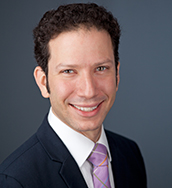 David Slusky, De-Min and Chin-Sha Wu Associate Professor in Economics, specializes in health economics and labor economics, and how that often intersects with abortion access and care.

“Other states will likely try to pass their own versions of the same law,” Slusky said of Texas Senate Bill 8.

Does this mean Roe v. Wade will be overturned in the next few years?

“I think it is less likely than before, because the fact that the Texas law was allowed to go into effect without formally overturning Roe v. Wade makes overturning it less consequential,” he said.

Slusky, a KU faculty member since 2015 who earned his doctorate in economics from Princeton University, is the author of “COVID-19 Surgical Abortion Restriction Did Not Reduce Visits to Abortion Clinics” and “The Impact of Driving Time to Family Planning Facilities on Preventive Service Use in Ohio.”