LAWRENCE — Zongwu Cai is recognized internationally for his outstanding professional and academic achievements in economics, econometrics and statistics. After eight years of work at the University of Kansas, Cai received an appointment as the Charles Oswald Distinguished Professor of Econometrics, which began at the start of the fall 2021 semester. 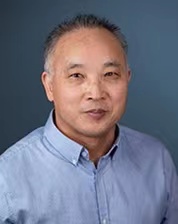 “Professor Cai is representative of some of the best minds at KU, and his achievements demonstrate an insatiable spirit for knowledge,” said Barbara Bichelmeyer, provost and executive vice chancellor. “He has stretched the boundaries of economics, statistics and econometric methodology to contribute meaningfully to understanding the world around us and how we can use new information to make it a better place. The university distinguished professors have a celebrated record of teaching and scholarship. His achievements at KU and beyond are a testimony to the power of higher education to transform lives and build better communities. My heartfelt congratulations go to Dr. Cai.”

Cai joined the university as a professor of economics in 2013. He is a fellow of the American Statistical Association and the Journal of Econometrics. His primary research focuses on developing and justifying econometric methodology and applications in economics and finance where the econometrics discipline is useful.

He has been the recipient of many awards in his career, with one of the most notable coming in 2013 when he received the Econometric Theory Multa Scripsit Award from Cambridge University Press & Assessment.

Before he arrived at KU, Cai served in a professorship in the mathematics and statistics department at the University of North Carolina at Charlotte for 15 years and as an adjunct professor at the economics department for eight years. He has also held many other adjunct or guest professor roles at universities around the world.

He was the president of the Chinese Economist Society (CES) for 2018-19 and the chairman of regents of the CES for 2020.

Cai’s distinguished professor inaugural lecture has yet to be scheduled.