LAWRENCE — Owning a home has long been a central tenet of the American dream, and scholarship has touted the economic benefits of homeownership. A new study from the University of Kansas explores the effects of wealth and debt on transitioning to ownership and back, finding that when all things are equal, renters of color are less likely to become homeowners. 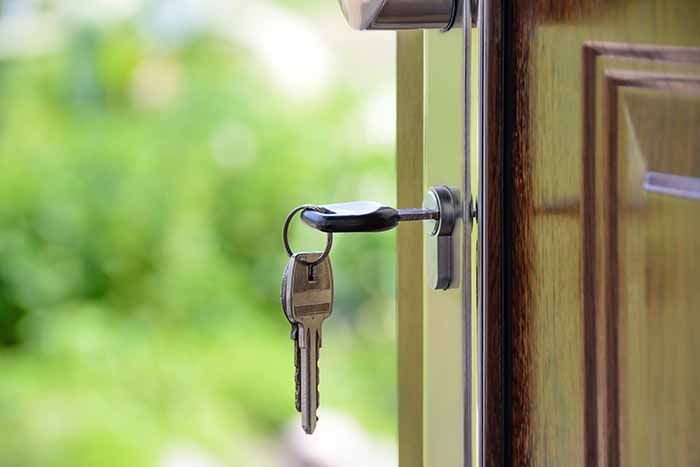 Researchers examined data over an eight-year period from the Survey of Income and Program Participation from the U.S. Census Bureau to better understand housing tenure, or what influenced people’s choice to going from renting to owning or vice versa. They analyzed what role that income, wealth, debt, educational attainment, race, demographics and other factors played in those decisions. The results confirmed that high levels of debt, including steadily increasing student debt and credit card debt, often prevented people from buying a home. Race played a factor, but only in transitioning from renting to buying.

The study was co-written by Hye-Sung Han, assistant professor of public affairs & administration at KU, with Augustus Anderson of the U.S. Census Bureau and John Hisnanick of Georgetown University. It was published in the journal City & Community.

“There is a good deal of scholarship on why people decide to buy or rent, and one of the things you keep seeing is the significance of race. A white person is more likely to own than a person of color,” Han said. “There are many factors why that is, including increasing student debt. But we didn’t find many studies looking at whole-home wealth and debt.”

The purchase of a home is the most significant most people make, and equity in a home represents the largest portion of many families’ wealth. The economic and societal benefits of homeownership are well-documented, but Han and co-authors sought to better understand the role wealth, debt and other factors played in transitioning from renting to owning or vice versa.

People transition from owning to renting for many reasons. Often, people change jobs, move to another community, seek further education and rent a home in their new location, or simply can’t afford a mortgage and return to renting. When analyzing data on people who made the switch back to renting, race and education did not play a factor, though debt and wealth often did. Race of the person transitioning to renting did not predict whether a person made the move.

“We always say, ‘Get an education, it will help you be successful, get a job and own a home,’” Han said. “In actuality, the data shows the more education people had did not relate to homeownership. When a renter becomes an owner, it matters how much wealth you have, or how little debt you have. Those are the biggest factors, not educational attainment.”

The United States has a long history of racial segregation in housing and policies that have limited access to homeownership for minority residents. The research showed those effects still linger, as race predicted whether people would transition from renting to owning, even when all other factors were controlled. In other words, minority and white renters with equal amounts of wealth, income, debt and education were not equally likely to become homeowners.

“If you are a renter trying to become an owner, race is absolutely a factor, and in this case, in a bad way,” Han said of the data. “Considering all factors, people were always less likely to become a homeowner if they were not white.”

The study showed another significant factor in ownership was if a person’s parents owned a home. Those in the study whose parents were homeowners were much more likely to become homeowners themselves, as families reaped the benefits of wealth accumulation and equity that comes with ownership and were much more likely to be able to assist first-time buyers with costs like down payments.

The results show that much remains to be done to ensure justice and equity in access to homeownership, Han said. Policy should address ways to help everyone who is able to afford a home purchase do so and to address housing discrimination. The authors also point out that not everyone needs to own a home and that renting is still a legitimate option. If public policy and lending practices focus too much on ensuring anyone who wants to can buy a house, unintended consequences may follow.

“If you look at the mechanisms that build wealth in this country, homeownership is at the top of the list,” Han said. “That’s even more true for low-income people. But we pushed too hard for homeownership and the subprime mortgage crisis happened, and the Great Recession followed. We need to better understand race and the opportunity to transitioning to homeownership, and also to help people better understand the role of debt before buying a home.”