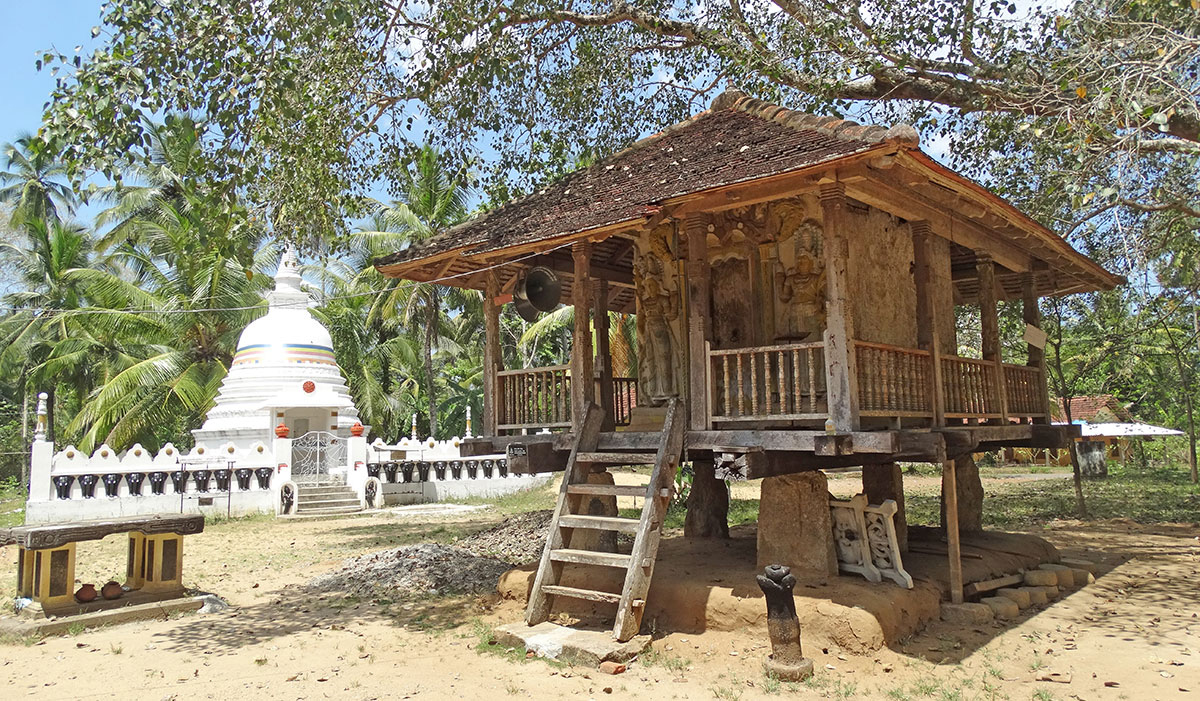 LAWRENCE – For centuries, they have been intimate spaces for personal prayer and contemplation for the Buddhists of Sri Lanka. But until now, no one had fully documented the existence of nearly 250 ṭämpiṭavihāras – small buildings, raised on stone pillars housing images and relics of the Buddha – scattered across the island nation. 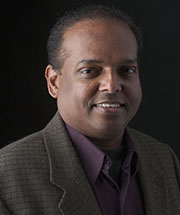 Now a book co-written by Kapila Silva, University of Kansas professor of architecture, and his colleague Dhammika Chandrasekara, dean of the faculty of architecture at the University of Moratuwa in Sri Lanka, has done just that. “The ṬÄMPIṬAVIHĀRAS of Sri Lanka: Elevated Image-houses in Buddhist Architecture” (Anthem Press) is the product of over 20 years of research by the authors and their architecture students.

Silva, who grew up in Sri Lanka, likened ṭämpiṭavihāras to the chapel of a Christian church. They are the only elevated Buddha image-houses in the history of Buddhist architecture, and they are found on the grounds of large monasteries.

“The encounter is, in some way, unique,” Silva said, “because the building is so small that only two or three people can be inside the inner sanctum at any given time. So, it feels like the place is for your own private encounter with the Buddha and any other deities represented in the sculptures in it. It's a visceral experience.”

The KU researcher said he has traced their history back to the 13th century and their antecedents to the 11th century. They were built as late as the late 1800s.

“Sri Lanka became a British colony in 1815,” he said, noting they remained so until independence in 1948. “But even after the pre-colonial era ended, in certain villages, people actually built these until the end of the 19th century. So, we are talking about a six-century span for the existence of these buildings. However, pretty much all the existing ṭämpiṭavihāras are from the mid-18th century onward.”

Silva said the book project can be traced back to 1999, when he began teaching at the University of Moratuwa. One of his fellow architecture instructors was Chandrasekara. Chandrasekara had his first-year students fan out and document the ṭämpiṭavihāras in their hometowns – producing diagrams and drawings – as a learning exercise of the country’s historic architecture, construction methods and building materials, and how to prepare architectural drawings.

“He realized that these things were not being documented by the national archaeological department, and we have this ton of information, data and very rich work that the students put together,” Silva said. “So, when I joined, we said ‘Let's make something valuable out of this.’ To start with, we did a small booklet, publishing the drawings of 17 of these examples in 2002.”

The new book is an effort to extend that work nationwide and document ṭämpiṭavihāras definitively. Silva said he researched the subject in depth in order to write the text, took photos and double-checked all the students’ work on his visits home.

Silva says the book settles the question of why ṭämpiṭavihāras are raised above the ground on stone stilts.

“The elevation of the raised floor varies,” he said. “Sometimes it's only a couple of feet. Sometimes it's 3 to 4 feet. It could be even be 8 or 9 feet, depending on the history of that particular place. You might find some two-story, much older buildings transformed into ṭämpiṭavihāras in certain locations, and that's where you will see the stone pillars 8 to 9 feet high.

“So why were they raised? The general understanding is that it’s to prevent termite attack. If the termite is climbing on these pillars, you can notice and then take care of it. Some say it's to prevent dampness that might seep into the building and ruin its sculptures and paintings.

“But that's not the case, because there are other image houses during the same period of time that were built right on ground, on a mud plinth. So, that particular argument doesn't really make sense.”

Nor, he said, does he buy the argument that Burmese and Siamese monks brought this form of raised construction with them when they were brought to Sri Lanka to restore the monastic higher ordination process between the 17th and 18th centuries. That’s because Sri Lankan ṭämpiṭavihāras predate their arrival.

The answer, Silva said, came from his research into the architectural history of Sri Lanka.

“There were architectural traditions in the 11th, 12th and 13th centuries to build two-story relic shrines,” he said. “In these shrines, the lowest story was used for Buddhist statuary, with images of the Buddha and his retinue and on the upper level would be the enshrinement of relics in some form. That is the tradition that slowly evolved into ṭämpiṭavihāra.”

During the Kandyan period of Sinhalese Buddhist culture — roughly 1600 to 1815 — the stūpa, a distinctive, mound-shaped building within a large temple complex, was not being built to house relics. Rather, Silva said. “It was the ṭämpiṭavihāra that played both the role of the Buddha Image house, as well as the relic-shrine together. That was the reason for their emergence and popularity during the late 13th to late 18th century period, and not due to any foreign influences or climatic reasons.”

Image: This ṭämpiṭavihāra is on the grounds of a Buddhist monastery in Kaṇugala, Kuruṇǟgala District, Sri Lanka. Credit: Kapila Silva