LAWRENCE — The landmark Supreme Court case Brown v. Board of Education declared school segregation illegal in the United States. While desegregation efforts followed in subsequent decades since the 1954 case, schools and communities found ways to resist them. A new study from the University of Kansas found that for schools in rural Alabama, segregation has increased in the last three decades, but for different reasons than found in previous research on other historical and geographical contexts. 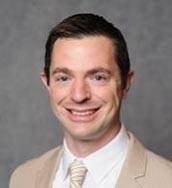 School segregation has increased in the “Black Belt” region of rural Alabama due in part to past policy decisions, but also largely due to demographic and economic changes in the area, according to Bryan Mann, assistant professor of educational leadership & policy studies at KU. Fewer white students living in the area and fewer economic opportunities exist today than in previous decades, leading not only to increased segregation, but to new ideas and policies needed to address them, he wrote in the new study, published in the journal Rural Sociology.

The Black Belt refers to a region of the American South noted for its fertile black soil that was a major part of the Antebellum South, where slavery was engrained. In Alabama, that represents several counties in the central part of the state in which little educational research has been conducted. Mann, a former University of Alabama faculty member, lived and worked near the area, and he conducted a study with Annah Rogers, a doctoral candidate at the University of Alabama. They analyzed census and school enrollment data to examine patterns over the last three decades.

“Two things are crystal clear in this area of the Black Belt. One, that is where the plantation system economy was at its height. Knowing that and two — how vulnerable those communities still are — was a motivation for research on how rural spaces like this, the center point of some of the most atrocious elements of our history, should be better understood,” Mann said. “In the data, we saw the trends Brown v. Board was supposed to end, so we wanted to understand better why this is still happening. We found one of the elements in the Black Belt was community patterns and demographics were changing.”

Following Brown v. Board, schools across the country began integrating with various levels of success. Given a high number of Black residents and several other factors, many southern schools often were more successful at integrating than northern counterparts, an often overlooked fact, Mann said. However, various efforts to fight those trends succeeded, including white flight to suburbs, many Black residents moving from the area, opening of private schools designed to attract white students and, increasingly in recent decades, less economic opportunity for gainful employment in Alabama’s Black Belt counties. Former Alabama Gov. George Wallace infamously declared “segregation today, segregation tomorrow, segregation forever.” The researchers point out the "segregation forever" legacy has proven to be quite resilient.

Mann and Rogers emphasize the region has many positive attributes, including being the birthplace of the American Civil Rights Movement, and forcing successful school integration. Black Americans who remain in the area are rightfully proud of that legacy, and those whose ancestors endured slavery and Jim Crow do not want to leave the area, the researchers said. But changes in the region have led to students who are doubly disadvantaged. Black students have long faced disproportionate levels of discipline in school, more placements in special education and other punitive educational policies. That is combined with low socioeconomic status in the area, resulting in poorer schools that suffer lower student achievement.

Demographic changes have led to the closure of many private schools established for white students during the Civil Rights Movement. Remaining white residents are largely older, with fewer children in school. Due to these changes, neighborhood segregation has joined school segregation in perpetuating educational shortcomings, the researchers point out. As wealthier residents have left the area, they have taken their economic resources with them.

“It’s becoming more, in this area, than just school policy,” Mann said. “There needs to be broader policy at the community level that addresses the isolation that is happening at the county level.”

Mann and Rogers do not claim to have the answers to solving the school, segregation and economic problems, but they argue the data shows that any response needs to consider more than just the schools. In addition to reducing isolation through cross-district enrollment and school choice, policies addressing redlining, affordable housing, school funding and attracting more economic opportunity to the area are all necessary to combat continued school segregation and the negative factors that come with it. Further research, policy debate and ideas are also necessary to combat the legacy of centuries of racial oppression.

“We hope this helps start the conversation of elevating the needs of these communities so we can start to address the trickle-down effects of slavery, racism and segregation,” Mann said. “The first step is acknowledging the problem, then addressing it. It is very difficult to fix, but we need to at least try, because the livelihoods of students are at stake.”