LAWRENCE – With Pfizer and Moderna applying for emergency-use authorization, COVID-19 vaccines appear to be on the brink of FDA approval. The next big public health challenge, then, will be convincing enough people to take it so that the country can return to a semblance of normalcy. A University of Kansas communication studies researcher who has studied the anti-vaccine movement has tips for countering its conspiracy theories. 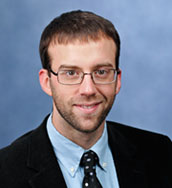 Brett Bricker, a teaching specialist who has researched various means of persuasion, recently co-wrote a review of articles on the anti-vaccine movement that concluded vaccine opponents who resist repeated assertions based in science and fact may be swayed by anecdotes like the ones that convinced them of their position in the first place.

While their paper dealt with the anti-vaccine movement that grew out of since-disproven allegations that the vaccine for measles, mumps and rubella caused autism in children, Bricker and co-author Jacob Justice wrote that, to reach what they called this “post-modern medical paradigm ... You have to have a kind of anti-elitist and very scared population seeking answers, and a value system that is driven not by fact or accuracy or rationality.”

Given that such conditions still persist, or are even worse in the wake of QAnon, the authors believe their recommendation for persuading MMR vaccine skeptics can be applied to COVID-19 vaccine opponents, too.

In their conclusion, they recommend “co-opting the persuasive strategies of skeptics; namely, using the power of narrative and anecdote alongside their robust scientific argument.”

They suggest, for instance, touting the stories “of parents who say, ‘My children got mumps or measles or rubella. ... My child suffered through this thing because I chose not to vaccinate them.’ That can be a powerful counterexample or counteranecdote today to the parents that are (anti-vaccine).”